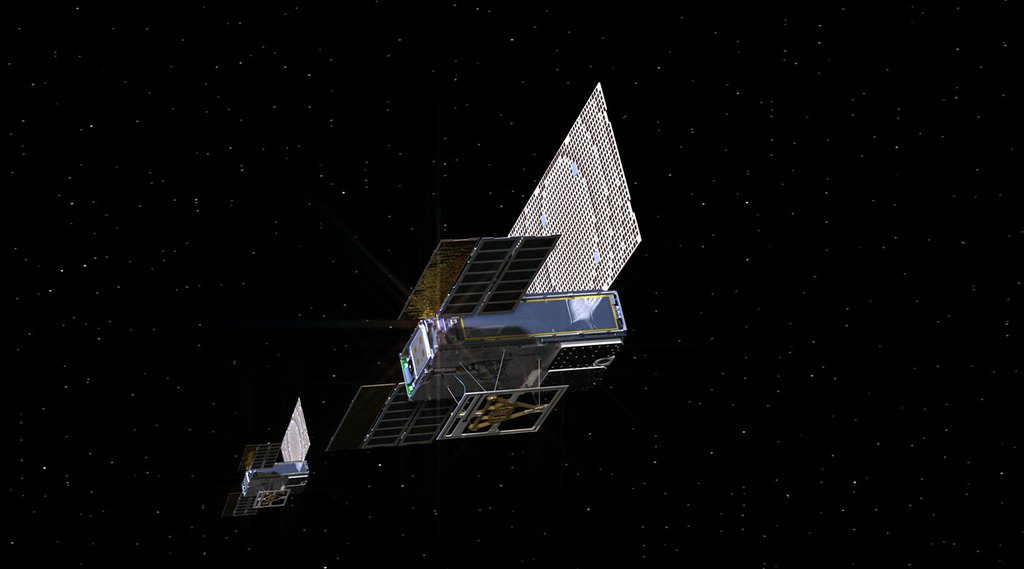 An artist's rendering of the twin Mars Cube One (MarCO) spacecraft as they fly through deep space. The MarCOs were named Small Satellite Mission of the Year at the 2019 Small Satellite Conference in Logan, Utah.› Full image and caption
Credit: NASA/JPL-Caltech 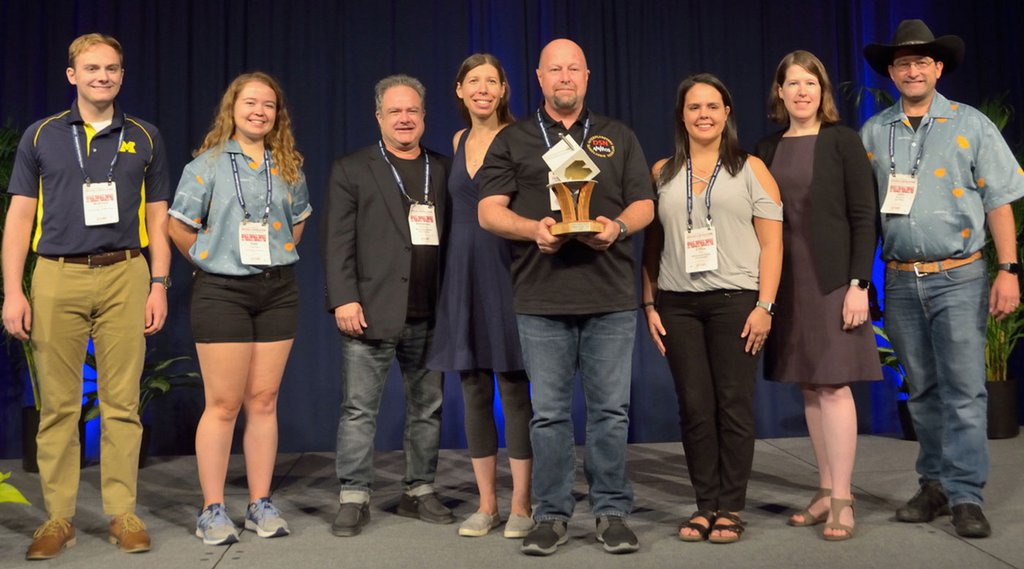 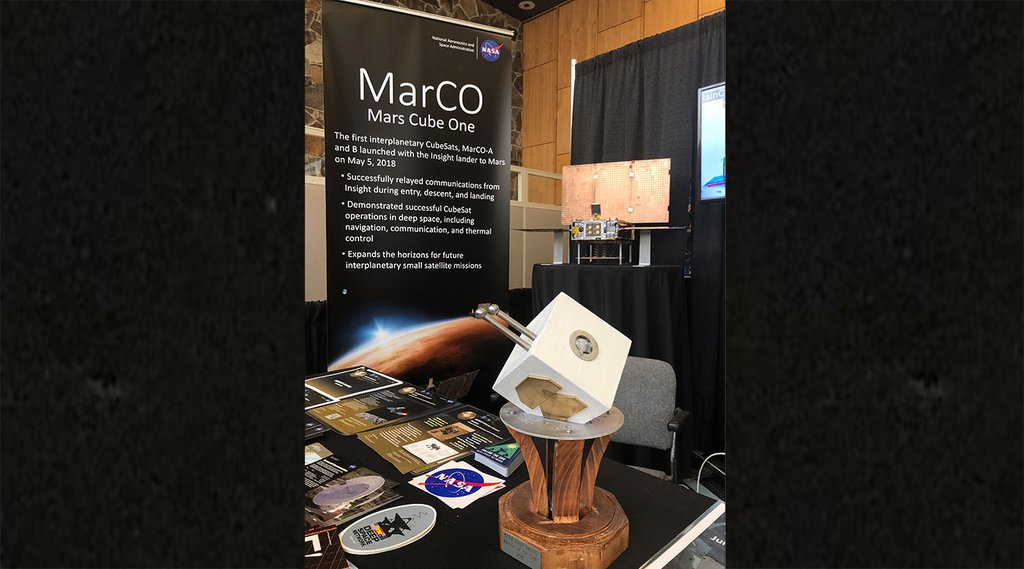 The first interplanetary CubeSats were recognized by the engineering community with the 2019 Small Satellite Mission of the Year award.

The first briefcase-size CubeSats to journey to another planet have been honored for their role in NASA InSight's successful Mars landing. The American Institute of Aeronautics and Astronautics (AIAA) bestowed their Small Satellite Mission of the Year award to Mars Cube One, or MarCO, Aug. 8, 2019, at the annual Small Satellite Conference in Logan, Utah.

Designed and built at NASA's Jet Propulsion Laboratory in Pasadena, California, MarCO consists of two CubeSats nicknamed WALL-E and EVE after characters in a Pixar film. With the pair flying behind NASA's InSight lander as it cruised to the Red Planet last year for its Nov. 26, 2018, descent to the Martian surface, WALL-E and EVE enabled the InSight team to monitor the landing in near-real time by relaying signals from the lander back to Earth.

Along the way, WALL-E sent back stunning images of Mars while EVE performed some simple radio science. All of this was achieved with experimental technology that cost a fraction of what most space missions do.

"It is a significant honor to be recognized by our peers at this particular conference," said MarCO Chief Engineer Andy Klesh of JPL. "These are the engineers crafting bold new designs to explore the solar system. We hope MarCO was a pathfinder mission for them."

Accepting the award was JPL's Glen Elliott, an engineer with NASA's Deep Space Network who worked with the MarCO team. Also present were students and faculty representing the several universities who gained first-hand experience supporting the mission.

JPL has had a heavy presence at the Small Satellite Conference. The Lab's RainCube spacecraft was also a finalist this year; last year, JPL's ASTERIA took home the same award.

"We're proud that our spacecraft have won 'Small Satellite of the Year'," said Planetary SmallSat Program Manager John Baker. "These innovative designs are blazing a trail for future explorers."