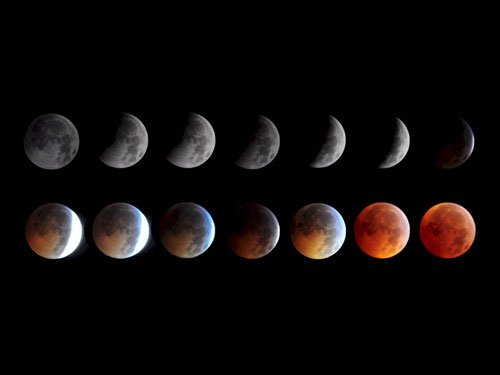 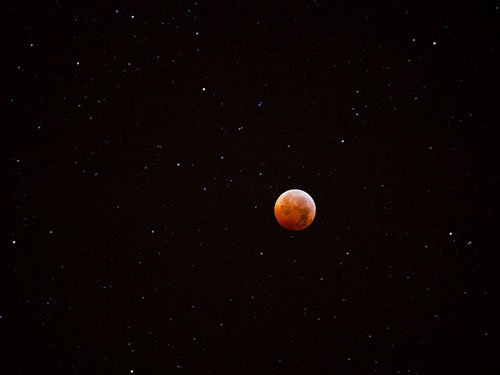 Anthony Dechiaro's foray into astrophotography on Dec. 21 may have been windy and cold, but "with a little luck, patience and a bit of post-processing," he managed to capture the eclipsed moon against a starry backdrop in Parsippany, N.J. Copyright Anthony Dechiaro 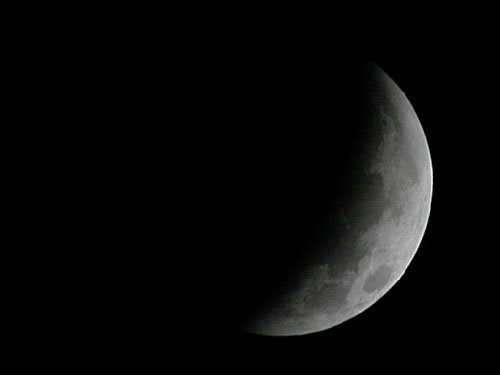 Even as clouds threatened to block her view of the lunar eclipse, Tracy Moniz captured this view of the waning moon over Dacula, Ga. Copyright Tracy Moniz 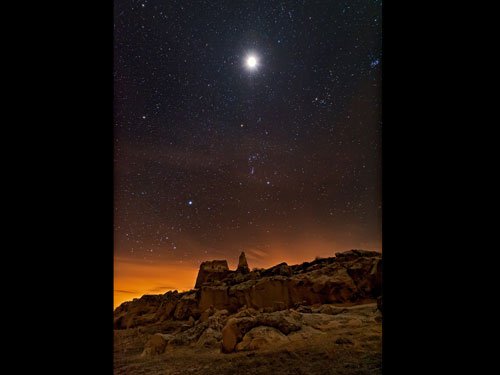 Michael Menefee took a decidedly unique approach to capturing the lunar eclipse over Fort Collins, Colo., and the result was this other-worldly scene taken in a single exposure. Copyright Michael Menefee 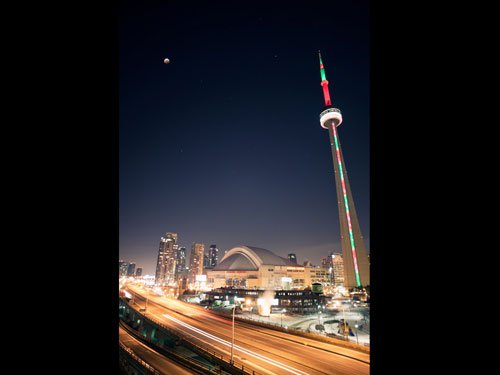 To capture the city skyline in the foreground of this lunar eclipse photo, Byron Yu balanced on the ledge of a parking garage in Toronto. Copyright Byron Yu 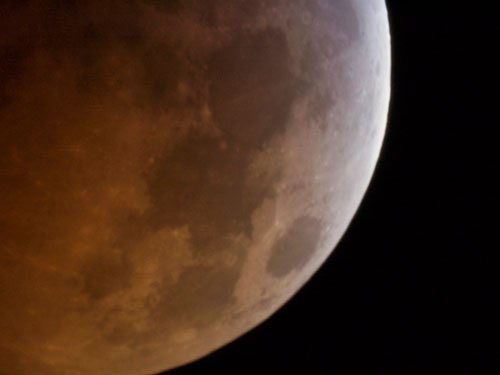 With a little help from his 10-year-old son and 8-year-old daughter, Damian Handzy captured the "edge of totality" - as his son described it - just as the moon took on a spectacular reddish hue above Westfield, N.J. Copyright Damian Handzy

A winning photo has been chosen for NASAJPL's "I'm There: Lunar Eclipse" wallpaper contest from an entry pool of close to 2,000 images.

December's total lunar eclipse, which coincided with the winter solstice, offered moon-gazers and photo-lovers the chance to capture one of the sky's most spectacular events. As a result, hundreds of people joined "NASAJPL's I'm There: Lunar Eclipse Group" on Flickr to share their photos and compete for the opportunity to have their snapshots turned into an official JPL Wallpaper at http://www.jpl.nasa.gov/wallpaper.

After searching through the nearly 2,000 lunar eclipse photos at http://www.flickr.com/groups/imthere, we selected the 13 finalists above, who submitted unique and stunning perspectives of the Dec. 20-21 event and shared with us their stories of braving the cold, waiting out clouds, and even driving hours to capture the eclipse.

We were especially impressed by Keith Burns' photo montage, which captures the phases of the waning moon up through its red-orange glow at totality. Burns shot this series under clear skies in the Pine Barrens of New Jersey. His photo is now available for download as an official JPL wallpaper at http://www.jpl.nasa.gov/wallpaper.

Flip through the slideshow above to view some of our other picks and vote for your favorite lunar eclipse scene. To find more lunar eclipse photos and learn about NASAJPL's "I'm There: Lunar Eclipse" campaign, visit: http://www.flickr.com/groups/imthere/.