Lasers Could Give Space Research its 'Broadband' Moment 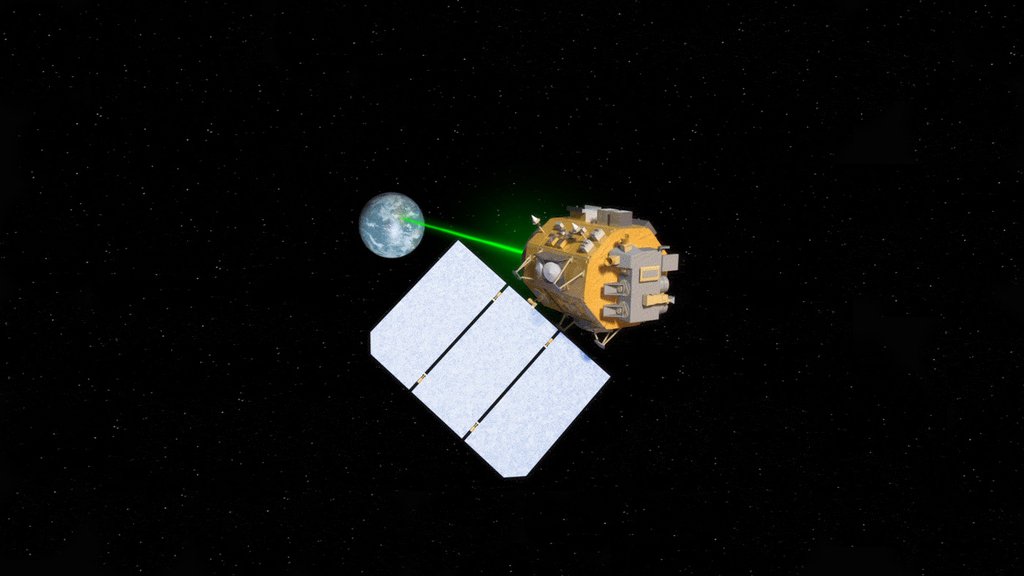 Thought your Internet speeds were slow? Try being a space scientist for a day.

The vast distances involved will throttle data rates to a trickle. You're lucky if a spacecraft can send more than a few megabits per second (Mbps).

But we might be on the cusp of a change. Just as going from dial-up to broadband revolutionized the Internet and made high-resolution photos and streaming video a given, NASA may be ready to undergo a similar "broadband" moment in coming years.

The key to that data revolution will be lasers. For almost 60 years, the standard way to "talk" to spacecraft has been with radio waves, which are ideal for long distances. But optical communications, in which data is beamed over laser light, can increase that rate by as much as 10 to 100 times.

High data rates will allow researchers to gather science faster, study sudden events like dust storms or spacecraft landings, and even send video from the surface of other planets. The pinpoint precision of laser communications is also well suited to the goals of NASA mission planners, who are looking to send spacecraft farther out into the solar system.

"Laser technology is ideal for boosting downlink communications from deep space," said Abi Biswas, the supervisor of the Optical Communications Systems group at NASA's Jet Propulsion Laboratory, Pasadena, California. "It will eventually allow for applications like giving each astronaut his or her own video feed, or sending back higher-resolution, data-rich images faster."

Science at the speed of light

Both radio and lasers travel at the speed of light, but lasers travel in a higher-frequency bandwidth. That allows them to carry more information than radio waves, which is crucial when you're collecting massive amounts of data and have narrow windows of time to send it back to Earth.

A good example is NASA's Mars Reconnaissance Orbiter, which sends science data at a blazing maximum of 6 Mbps. Biswas estimated that if the orbiter used laser comms technology with a mass and power usage comparable to its current radio system, it could probably increase the maximum data rate to 250 Mbps.

On Earth, data is sent over far shorter distances and through infrastructure that doesn't exist yet in space, so it travels even faster.

Increasing data rates would allow scientists to spend more of their time on analysis than on spacecraft operations.

"It's perfect when things are happening fast and you want a dense data set," said Dave Pieri, a JPL research scientist and volcanologist. Pieri has led past research on how laser comms could be used to study volcanic eruptions and wildfires in near real-time. "If you have a volcano exploding in front of you, you want to assess its activity level and propensity to keep erupting. The sooner you get and process that data, the better."

That same technology could apply to erupting cryovolcanoes on icy moons around other planets. Pieri noted that compared to radio transmission of events like these, "laser comms would up the ante by an order of magnitude."

Clouding the future of lasers

That's not to say the technology is perfect for every scenario. Lasers are subject to more interference from clouds and other atmospheric conditions than radio waves; pointing and timing are also challenges.

Lasers also require ground infrastructure that doesn't yet exist. NASA's Deep Space Network, a system of antenna arrays located across the globe, is based entirely on radio technology. Ground stations would have to be developed that could receive lasers in locations where skies are reliably clear.

Radio technology won't be going away. It works in rain or shine, and will continue to be effective for low-data uses like providing commands to spacecraft.

Two upcoming NASA missions will help engineers understand the technical challenges involved in conducting laser communications in space. What they'll learn will advance lasers toward becoming a common form of space communication in the future.

The Laser Communications Relay Demonstration (LCRD), led by NASA's Goddard Space Flight Center in Greenbelt, Maryland, is due to launch in 2019. LCRD will demonstrate the relay of data using laser and radio frequency technology. It will beam laser signals almost 25,000 miles (40,000 kilometers) from a ground station in California to a satellite in geostationary orbit, then relay that signal to another ground station. JPL is developing one of the ground stations at Table Mountain in southern California. Testing laser communications in geostationary orbit, as LCRD will do, has practical applications for data transfer on Earth.

Deep Space Optical Communications (DSOC), led by JPL, is scheduled to launch in 2023 as part of an upcoming NASA Discovery mission. That mission, Psyche, will fly to a metallic asteroid, testing laser comms from a much greater distance than LCRD.

The Psyche mission has been planned to carry the DSOC laser device onboard the spacecraft. Effectively, the DSOC mission will try to hit a bullseye using a deep space laser -- and because of the planet's rotation, it will hit a moving target, as well.