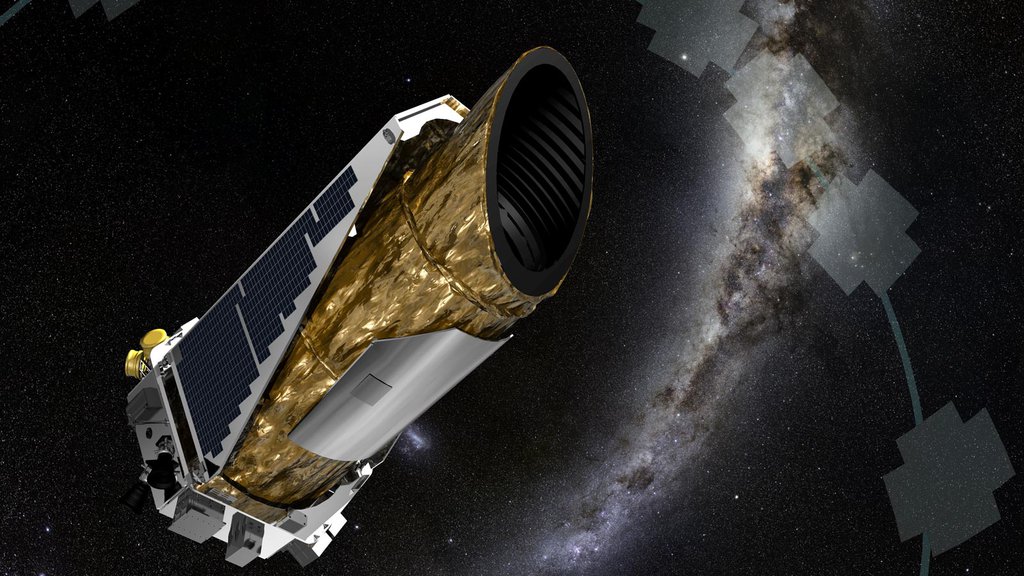 The team in charge of NASA's Kepler mission will receive the Smithsonian National Air and Space Museum's highest group honor at a ceremony in Washington on March 25.

The team in charge of NASA's Kepler mission, responsible for history's first detection of Earth-sized planets orbiting other suns in their temperate "habitable zone," will receive the Smithsonian National Air and Space Museum's highest group honor at a ceremony in Washington on March 25. Kepler will receive the 2015 Trophy for Current Achievement, which honors outstanding endeavors in the fields of aerospace science and technology.

Since its launch in March 2009, the Kepler mission has detected more than 4,000 candidate planets in orbit around other stars, or exoplanets for short. More than 1,000 of those exoplanet candidates have since been confirmed. These discoveries have revolutionized humanity's view of Earth's place in the universe by unveiling a whole new side of our Milky Way galaxy -- one that is teeming with planets.

As a result of Kepler's discoveries, scientists are confident that most stars have planets and that Earth's galaxy may host tens of billions of Earth-sized planets that reside in a distant star's "habitable zone," the region around a star where liquid water might exist on the surface of an orbiting planet. The Kepler mission is also establishing a foundation for future studies of exoplanet atmospheres that could eventually answer the question of whether or not we are alone in the universe.

The Kepler space telescope infers the existence of an exoplanet by measuring the amount of starlight blocked when the planet passes or transits in front of its parent star. From these data, a planet's size in radius, orbital period in Earth years and the amount of heat energy received from the host star can be determined.

During its prime mission, Kepler simultaneously and continuously measured the brightness of more than 150,000 stars for four years, looking for the telltale dimming that would indicate the presence of an orbiting planet. In May 2014, Kepler began a new mission, K2, to observe a series of fields along the ecliptic plane, the orbital path of the Earth about the sun, where the familiar constellations of the zodiac lie. This new mission provides scientists with an opportunity to search for even more exoplanets, as well as new opportunities to observe notable star clusters, young and old stars, active galaxies and supernovae. The spacecraft continues to collect data in its new mission.

For a full listing of previous awardees, along with a video about Kepler's award, visit: