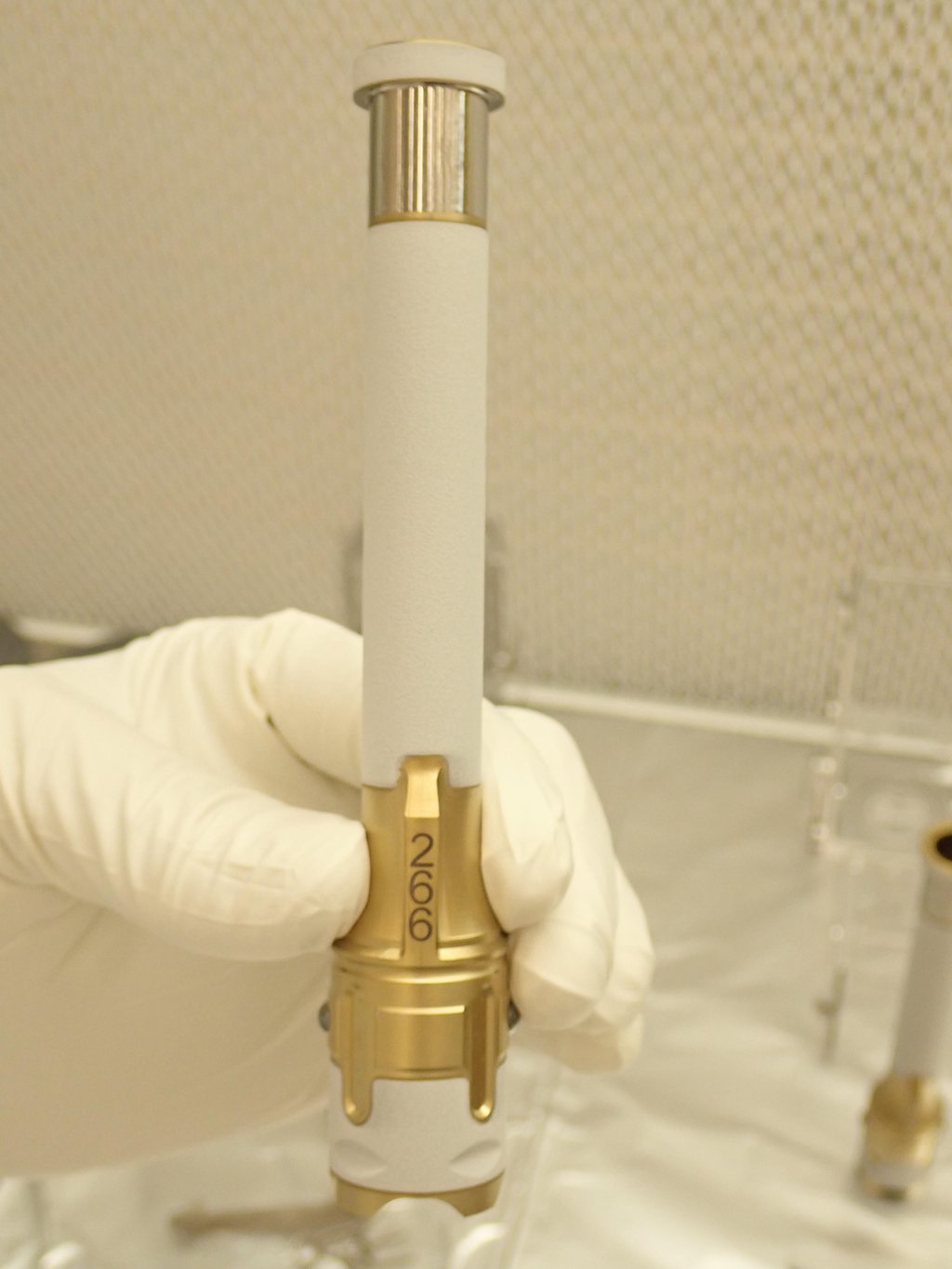 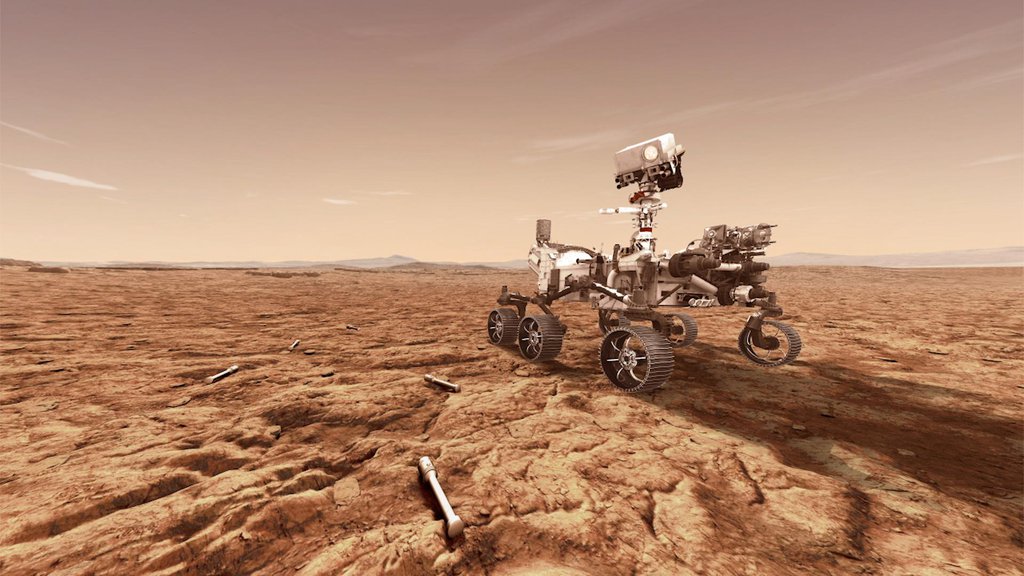 NASA's Mars 2020 rover will store rock and soil samples in sealed tubes on the planet's surface for future missions to retrieve, as seen in this illustration. Credit: NASA/JPL-Caltech

The evening of Aug. 1 felt a lot like a birthday to NASA planetary scientist Justin Simon. On that night, Simon attended a virtual watch party for researchers preparing to use NASA’s Mars 2020 Perseverance rover to conduct the first detailed study of a candidate rock target for drilling and collecting a sample. Ready to unwrap presents, Simon and his fellow researchers anxiously refreshed their inboxes to see the first downlinked and up-close images of the rock – that could help them better understand the geologic history of the rover’s landing site.

“We used a tool to scrape off a 50-millimeter patch on the rock,” said Simon. “What we saw was spectacular – you could see texture and mineral grains – and we were very excited to see the culmination of our efforts becoming a reality!”

Simon is a scientist for the Astromaterials Research and Exploration Science Division, or ARES, at NASA’s Johnson Space Center in Houston. He specializes in analyzing asteroid, lunar, and other materials from space. He’s on the Mars 2020 science team to help identify the samples that should be collected. Due to the team’s collective efforts, NASA has collected its first samples of Martian rock, which will be transported to Earth by future planned missions. The mission team plans to drive Perseverance around its current location, thought to be a dried-up lake that once filled an impact crater called Jezero, sampling various materials. When the work is done, the rover will leave the samples behind inside individually sealed tubes that will be retrieved by later missions.

“This is a historic opportunity,” said Simon. “We’ve been working toward sampling Mars for decades, which is part of why it’s so exciting.”

For the first phase of sampling, Simon was given a special role of being the mission’s first sample “shepherd.” The shepherd consults and coordinates with all the various rover teams ­– scientists, engineers, controllers, and more – to choose and explore interesting rocks and other materials (such as regolith, or dust) in ways that are safe, achievable, appropriately timed, and help address the mission’s science goals. Simon was given the role for the first leg of sampling because of his track record and expertise in properly handling and analyzing extraterrestrial samples, and real-world experiences conducting geological field work on Earth.

“Before I was selected to be the first shepherd, I got really involved learning about how missions are conducted because mission surface operations were new and interesting to me,” said Simon.

In the months before the mission launched, Simon studied images and other materials from Mars, and participated in scenario testing and training sessions to figure out the best ways to conduct science with the rover. He also led working groups to plan their on-the-ground explorations.

“I work well in a team environment,” said Simon. “Add in my field geology experience, which is a strength for a sample scientist, and mission leadership had confidence in my ability to successfully work with the engineering, mission, and sample science teams.”

Perseverance is currently exploring a roughly 2-kilometer swath of terrain within Jezero Crater. The rover may travel over 100 meters in a single day and has rolled over 1,200 meters to date. As the rover maneuvers around, scientists are watching and assessing the objects in the area to determine what they should study and the questions they can answer.

The team got one step closer to answering these questions when Perseverance successfully collected its first pair of rock samples. After collecting its first sample, nicknamed “Montdenier,” on Sept. 6, the team collected a second, “Montagnac,” from the same rock on Sept. 8. The cores from Jezero Crater, each slightly thicker than a pencil, are now enclosed in airtight titanium sample tubes, making them available for retrieval in the future. Mission controllers at NASA’s Jet Propulsion Laboratory in Southern California received the data that confirmed this historic milestone.

Simon is excited about Perseverance’s next sampling site, only 656 feet (200 meters) away in “South Séítah,” a series of ridges covered by sand dunes, boulders, and rock shards.

A key objective for Perseverance’s mission is astrobiology, including the search for signs of ancient microbial life. The rover will characterize the planet’s geology and past climate, pave the way for human exploration of the Red Planet, and be the first mission to collect and cache Martian rock and regolith.

Subsequent NASA missions, in cooperation with the European Space Agency, would send spacecraft to Mars to collect these sealed samples from the surface and bring them to Earth for in-depth analysis.

Learn more about ARES and the Mars 2020 Perseverance rover mission.