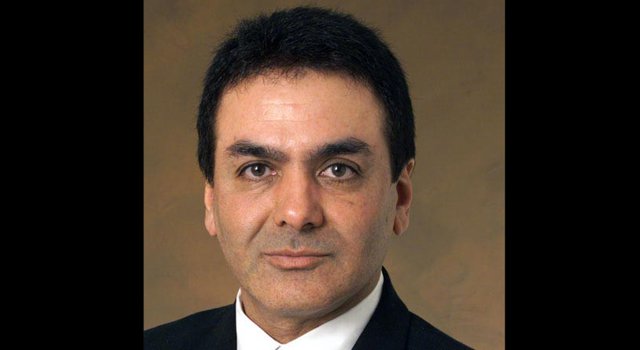 Dr. Firouz M. Naderi, manager of NASA's Mars Exploration Program since April 2000, will broaden his oversight of endeavors to study other parts of the universe, from Earth to distant galaxies, in a new leadership position at NASA's Jet Propulsion Laboratory, Pasadena, Calif.

Elachi said, "Firouz was called on to lead the Mars Program at JPL five years ago when the program had experienced some setbacks. He helped restructure the program and has led it to some spectacular successes. Now we are putting to a wider purpose the strength that Firouz has shown in strategic planning of the Mars program. In his new role, he will help position JPL to work with the rest of NASA in accomplishing the nation's full vision for space exploration."

In the new position, besides overseeing JPL's broad existing programs, Naderi will be in charge of long-term strategic planning for JPL and will coordinate advance studies, acquisition of new missions, and development of projects early in their life cycle.

Two weeks ago, NASA honored Naderi with its highest award, the Distinguished Service Medal, citing his "distinguished contribution to space science and exploration."

Naderi joined JPL in 1979 and has held a number of program and project management positions. For four years prior to managing the recent successes of NASA's Mars program, he managed the NASA's Origins Program, an ambitious plan to search for other Earths around other suns. Earlier positions included program manager for space science flight experiments and project manager for the NASA Scatterometer, which monitored winds from Earth orbit. Naderi, who was born in Shiraz, Iran, and moved to the United States 40 years ago, holds three degrees in electrical engineering: a bachelor's from Iowa State University in Ames, and a master's and doctorate from the University of Southern California in Los Angeles. He lives in Pacific Palisades, Calif.

From 2001 to 2004, Li was the Deputy Director of the Solar System Exploration Directorate, and from 1997 to 2001, he managed NASA's New Millennium Program, which develops and tests new technologies in space flight for use in later science missions. Previously, he managed the Earth Science Program, was project engineer for the NASA Scatterometer and was involved in various radar remote-sensing activities. He earned his bachelor's and doctorate degrees in physics from the Massachusetts Institute of Technology, Cambridge, before joining JPL in 1979. He lives in Arcadia, Calif.

Theisinger has managed the Mars Science Laboratory Project since February 2004. The project is developing a rover with a science payload more than 10 times as massive as those on the current Mars Exploration Rovers. The project's advanced landing techniques will make many of Mars' most intriguing regions viable destinations for the first time.

Theisinger managed the Mars Exploration Rover Project from its inception in mid-2000 until after the successful landings and initial surface operations of the rovers Spirit and Opportunity. Prior JPL positions included deputy manager for the Mars Sample Return Project, mission support and development manager for the Mars Surveyor Operations Project and project engineer for the Mars Global Surveyor spacecraft development project. He first joined JPL in 1967, the year he received a bachelor's degree in physics from the California Institute of Technology in Pasadena. He lives in La Crescenta, Calif.

Cook became deputy project manager for Mars Science Laboratory in June 2004 after four months as project manager for the Mars Exploration Rovers. He had earlier helped lead the development and operation of Spirit and Opportunity as flight systems manager and deputy project manager. Previously, Cook was flight operations manager for the Mars Pathfinder Project, which put a lander and small rover on Mars in 1997. He joined JPL in 1989 and worked on the Magellan mission to Venus prior to Pathfinder. He earned a bachelor's degree in engineering physics from the University of Colorado, Boulder, and a master's in aerospace engineering from the University of Texas, Austin. He lives in Santa Clarita, Calif.