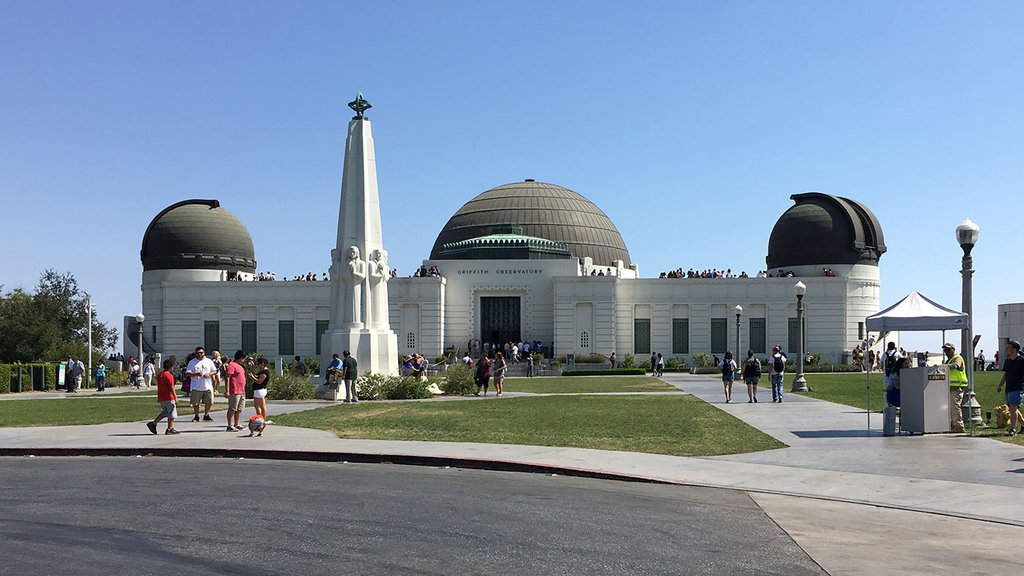 On July 30, when Mars and Earth are closer than they've been since 2003, JPL scientists and engineers will be at a free public event at Griffith Observatory in Los Angeles.

NASA's Jet Propulsion Laboratory in Pasadena, California, has long been a home to Mars exploration. But on Monday night, July 30, several JPL scientists and engineers will bring the excitement of exploring Mars to the nearby Griffith Observatory in Los Angeles.

These "Martians" will interact with the public during a free observatory stargazing party for the Red Planet's closest approach to Earth since 2003.

Some members of JPL Mars missions will participate in the observatory's live streamed show, including:

The event will be held Monday, July 30, from 10 p.m. to 2 a.m. PDT (Tuesday). Weather permitting, telescopes staffed by observatory employees and local volunteers will offer visitors viewing opportunities of Mars during its closest approach.

On Monday night, July 30, Earth and Mars will be 35.8 million miles (57.6 million kilometers) from each other, the closest they have been since the historic 34.6-million-mile (55.6 million kilometers) close approach in August 2003. The moment of closest approach is 12:45 a.m. PDT, Tuesday, July 31. By a celestial coincidence, at the moment of closest approach, Mars will be at its very best position for viewing through a telescope from Los Angeles. It crosses the meridian and appears highest in the southern sky at that time. The next similar close approach won't happen until September 11, 2035, when Mars will be 35.4 million miles (56.9 million kilometers) away. Unlike the Sun or Moon during an eclipse, Mars will not change appearance during the close approach.

Details of the Griffith Observatory event, including parking and transportation information, can be found at:

The live feed will also be carried by NASA and JPL at these sites:

More information on Mars close approach is at:

Griffith Observatory is owned and operated by the City of Los Angeles, Department of Recreation and Parks. The Observatory is located on the south slope of Mount Hollywood in Griffith Park.