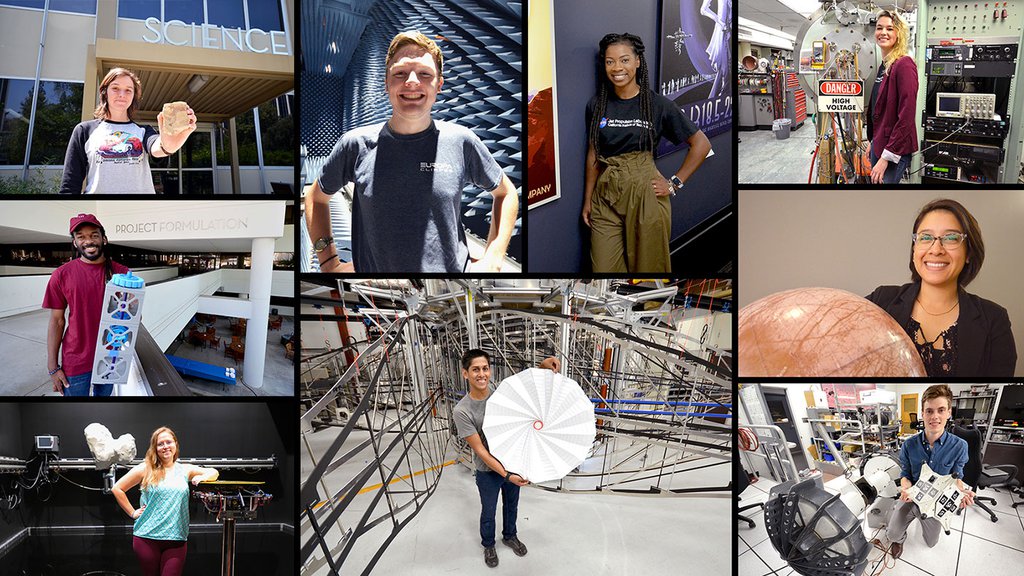 In honor of National Intern Day on July 26, JPL is celebrating the 700 students from around the country who are spending their summer working on space-related projects at the laboratory.

In honor of National Intern Day on Thursday, July 26, NASA's Jet Propulsion Laboratory in Pasadena, California, is celebrating the 700 students from around the country who are spending their summer working on space-related projects at the laboratory. A collection of stories about some of the interns and they ways they are contributing to NASA missions and science is available online.

During their 10 weeks at JPL, interns are working side-by-side with scientists, engineers and technologists in their exploration of the solar system and beyond. They're involved in such projects as preparing for missions to Mars and Jupiter's icy moon Europa, studying the habitability of planets outside our solar system, and developing the spacecraft of the future.

Intern Camille V. Yoke, a physics major from the University of South Carolina, is helping develop a spacecraft thruster similar to one that could eventually send astronauts to Mars. She says of her project, "Today, there was a brief period in which I knew something that nobody else on the planet knew -- for 20 minutes before I went and told my boss. You feel as though you're contributing when you know that you have discovered something new."

To find out more about Yoke's project and some of the other ways interns are contributing to NASA missions and science, visit:

To learn about internship programs and other career opportunities at JPL, visit: