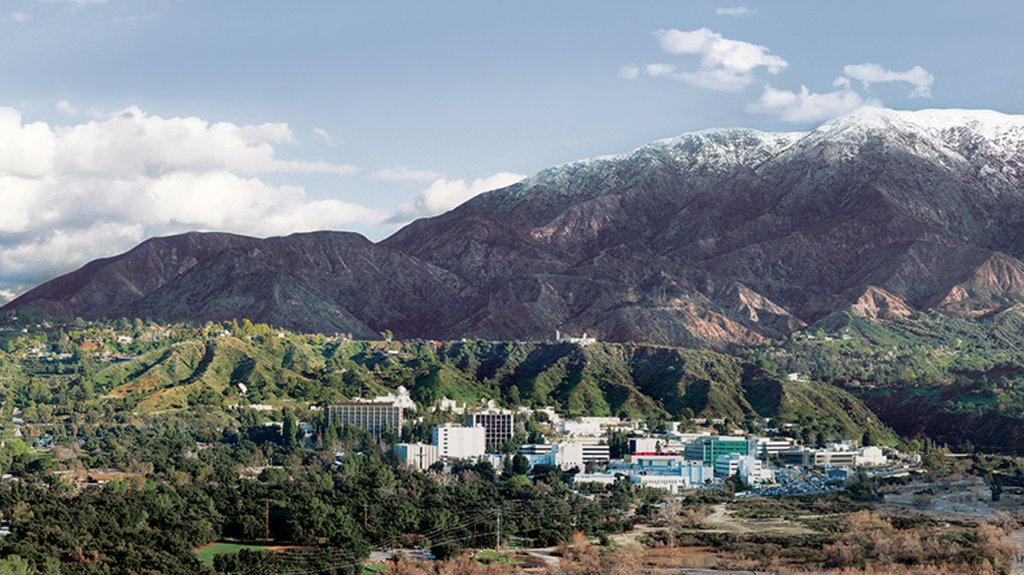 A giant volcanic eruption in the South Pacific in the 15th century that until recently was known only in island legends has been confirmed by a Jet Propulsion Laboratory scientist.

A giant volcanic eruption in the South Pacific in the 15th century that until recently was known only in island legends has been confirmed by a Jet Propulsion Laboratory scientist.

The powerful eruption broke a big island in half, created a submerged crater nearly a kilometer (about half a mile) deep, and interrupted a great battle raging half a world away -- the siege and fall of Constantinople, said JPL's Dr. Kevin Pang.

Pang gave an invited presentation on the cataclysmic eruption at the fall meeting of the American Geophysical Union in San Francisco.

Using clues as diverse as growth rings visible in the wood frames of British portraits and crop records from China, Pang fixed the year of 1453 as when the legendary volcanic explosion must have taken place.

The new date is much more precise, he said, than previous ones based on tribal genealogy and carbon dating.

Pang says he first heard of the legend of the volcano from scientists studying how the islands of Tongoa and Epi in the New Hebrides volcanic arc -- about 2,000 kilometers (1,200 miles) east of Australia -- came into being.

Previously a single island, Tongoa and Epi are now separated by Kuwae, a submerged crater measuring 12 by 6 by 1 kilometers (7.5 by 4 by 0.5 miles). The eruption blew about 40 cubic kilometers (10 cubic miles) of rock and dust into the atmosphere.

Pang said such an eruption, equivalent to two million Hiroshima-type atomic bombs, would have changed the world's climate. His research, which delved into records around the world, proved that to be true.

In his study, Pang drew on evidence found in tree rings, ice cores and in the historic records of civilizations in Europe and China. Oak panels of contemporary British portraits had abnormally narrow rings in 1453-55.

In Sweden, corn tithes fell to zero as the crops failed; western U.S. bristlecone pines show frost damage in 1453; and the growth of European and Chinese trees was stunted in 1453-57.

According to the history of the Ming Dynasty in China in the spring of 1453, "Nonstop snow damaged wheat crops." Later that year, as the dust obscured the sunlight, "Several feet of snow fell in six provinces; tens of thousands of people froze to death."

Early in 1454, "it snowed for 40 days south of the Yangtze River and countless died of cold and famine." (That latitude, running through northern Mexico, normally has much milder weather.) Lakes and rivers were frozen, and the Yellow Sea was icebound out to 20 kilometers (13 miles) from shore.

"The climatic change was probably global," Pang said. "Large volcanic acid peaks dated to 1452-60 have been found in Greenland and Antarctic ice cores." On the basis of his research, Pang fixed the eruption as occurring early in 1453.

The eruption occurred just before the siege of Constantinople, the last bastion of the once-mighty Byzantine Empire. The Ottoman Turks, led by Sultan Muhammad II, laid siege to the city on April 5, 1453, and conquered it on May 29 of that year.

Pang said he also finds mention of the volcano's aftereffects in chronicles of the city's last days.

Historians noted the city's gardens that spring produced very little, which Pang attributes to volcanic chill. On May 25, a thunderstorm burst on the city: "It was impossible to stand up against the hail, and the rain came down in such torrents that whole streets were flooded," historians noted.

On the night of May 22, 1453, the moon, symbol of Constantinople, rose in dark eclipse, fulfilling a prophecy on the city's demise. Four days later, the whole city was blotted out by a thick fog, a condition unknown in that part of the world in May.

When the fog lifted that evening, "flames engulfed the dome of the Hagia Sophia (Church of Santa Sophia), and lights, too, could be seen from the walls, glimmering in the distant countryside far behind the Turkish camp (to the west)," historians noted.

Residents of the city thought the strange light was due to reflection from a fire set by the Turkish attackers. Pang said, however, such a "fire" was an optical illusion due to the reflection of intensely red twilight glow by clouds of volcanic ash high in the atmosphere. Many such false fire alarms were reported worldwide after the 1883 Krakatau eruption in Indonesia.

"I conclude that Kuwae erupted in early 1453," Pang said. "The residual volcanic cloud could have made the apocalyptic June 1456 apparition of Halley's Comet look `red' with a `golden' tail, as reported by contemporary astronomers."