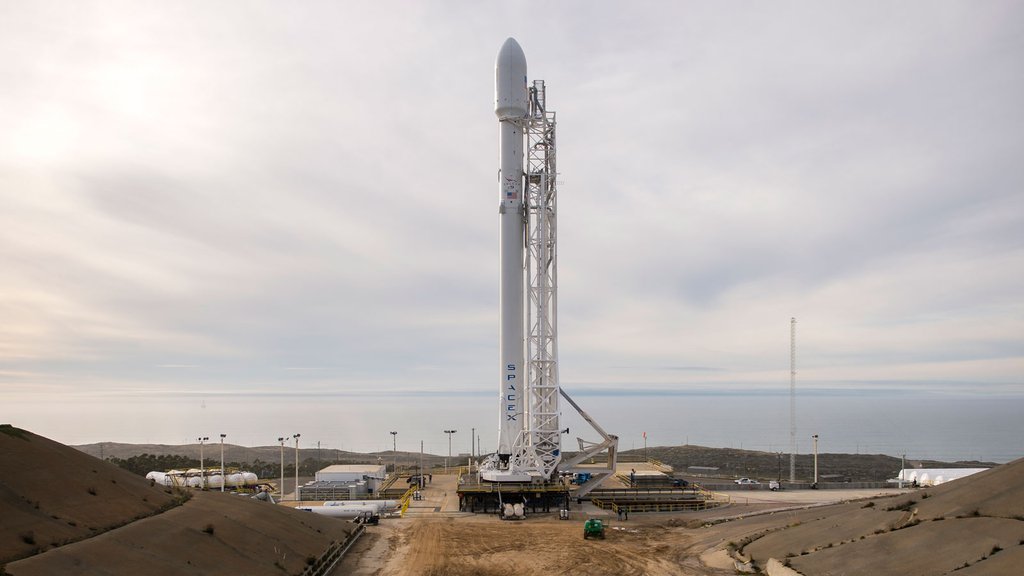 The Jason-3 international oceanography satellite mission is scheduled for launch from Vandenberg Air Force Base in central California on Sunday, Jan. 17.

Update: January 17, 2016 12:30pm PST
The spacecraft has successfully separated from the rocket, its solar panels have opened, and a signal has been received from the spacecraft.

Update: January 17, 2016 10:50am PST
The Jason-3 satellite has lifted off from Vandenberg Air Force Base, California, on board SpaceX's Falcon 9 rocket. In about an hour, it will separate from the rocket and begin deploying its two solar arrays.

The Jason-3 international oceanography satellite mission is scheduled for launch from Vandenberg Air Force Base in central California on Sunday, Jan. 17. Liftoff aboard a SpaceX Falcon 9 rocket from Vandenberg's Space Launch Complex 4 East is targeted for 10:42:18 a.m. PST (1:42:18 p.m. EST) at the opening of a 30-second launch window. If needed, a backup launch opportunity is available on Monday, Jan. 18 at 10:31:04 a.m. PST (1:31:04 p.m. EST).

Jason-3 will add to a 23-year satellite record of global sea surface heights, a measurement with scientific, commercial and practical applications related to climate change, currents and weather. Jason-3 data will be used for monitoring global sea level rise, researching human impacts on oceans, aiding prediction of hurricane intensity, and operational marine navigation. The mission is planned to last at least three years, with a goal of five years. It is a four-agency international partnership of the National Oceanic and Atmospheric Administration (NOAA), NASA, the French Space Agency CNES (Centre National d'Etudes Spatiales), and EUMETSAT (the European Organization for the Exploitation of Meteorological Satellites).

About 154 seconds (just over two minutes) after the Falcon-9 rocket lifts off, the main engine will cut off. About three seconds after that, the rocket's first stage will separate. Second-stage ignition will follow in about eight seconds. Half a minute into the second-stage burn, the payload fairing, or launch vehicle nose cone, will be jettisoned -- a bit over three minutes after launch. The first cutoff of the second-stage engine will take place nine minutes after liftoff.

The Jason-3 spacecraft and second stage will then coast in an intermediate orbit for about another 46 minutes. The second-stage engine will fire a second time about 55 minutes after launch to place Jason-3 in the desired orbit. Separation of the rocket and spacecraft will occur about half a minute later, or almost 56 minutes after liftoff. A little more than two minutes later, Jason-3 will begin to deploy its twin solar arrays to prepare for operation.

For extensive prelaunch, countdown and launch-day coverage, go to: