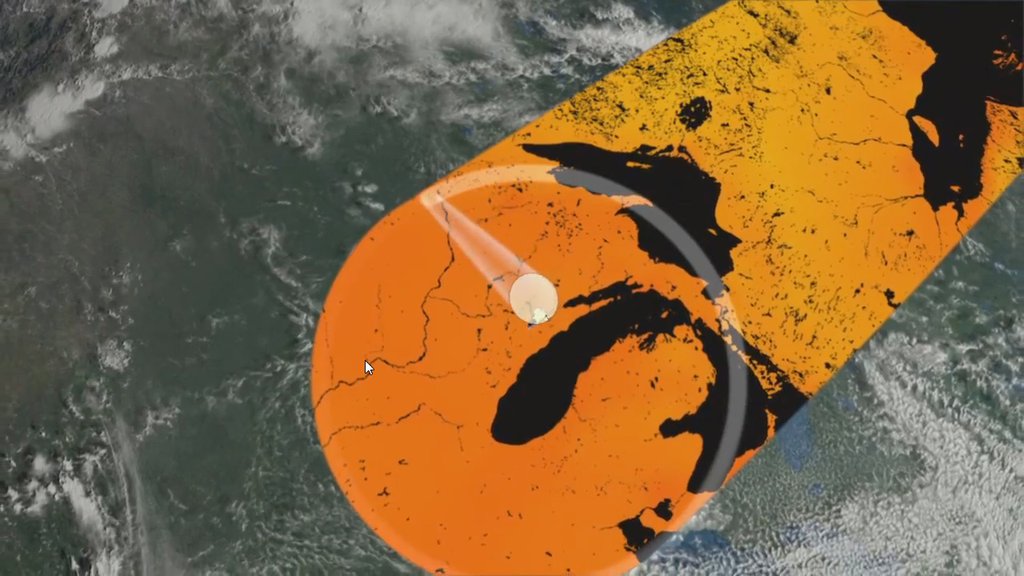 SMAP will produce global maps of soil moisture, which will help improve our understanding of Earth's water and carbon cycles and our ability to manage water resources.
Credit: NASA/JPL-Caltech |

Mission controllers at NASA's Jet Propulsion Laboratory in Pasadena, California, on Thursday, March 26 commanded SMAP's spun instrument assembly - the part of the observatory that spins - to increase its rotation speed from the initial rate of 5 revolutions per minute achieved on March 23 to its final science measurement rate of 14.6 revolutions per minute. Throughout the gradual process, which took approximately 80 minutes, onboard guidance, navigation and control software managed the spin-up acceleration level, allowing the spacecraft to maintain its Earth-pointing (nadir) attitude. Initial data indicate the antenna spin-up procedure went as planned. Mission controllers will now analyze the spin-up process and the stability of the observatory at its final spin rate.

Next week, mission controllers are scheduled to again power on SMAP's two soil moisture measuring instruments to complete their checkout with the rotating antenna. The rotating antenna enables true global coverage every two to three days by generating a 620-mile-wide (1,000-kilometer) swath of the ground as it flies above Earth at an altitude of 426 miles (685 kilometers).

SMAP remains on track to complete its initial checkout and commissioning activities by the end of April. After that, scientists will begin calibrating and validating SMAP's data products to ensure they meet the stringent accuracy and data quality requirements NASA has established for the mission. This process is expected to take up to 15 months to complete; however, initial data products with a preliminary level of calibration will be released by August 2015.