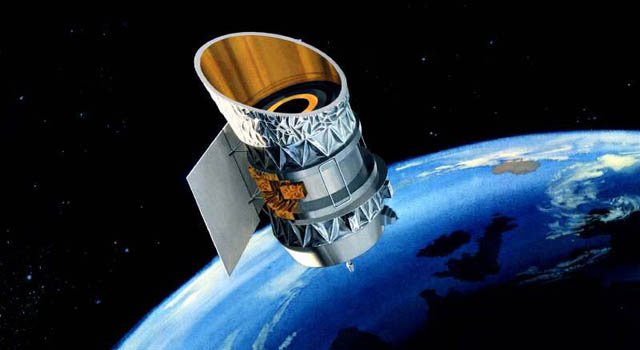 The largest and most detailed catalog of infrared celestial objects ever created has been completed by the international science team of the Infrared Astronomical Satellite (IRAS).

The largest and most detailed catalog of infrared celestial objects ever created has been completed by the international science team of the Infrared Astronomical Satellite (IRAS).

The completion of the IRAS survey, presented in series of catalogs and maps of 96 percent of the entire sky, is milestone in the history of astronomy, and provides wealth of new information about the universe in wavelength region that is nearly impossible to study from the Earth's surface.

The IRAS catalog pinpoints nearly quarter-million infrared sources -- stars, galaxies, and newly forming stars -- in addition to entirely new classes of objects. The catalog and sky map will be used for decades to come by astronomers investigating the nature of celestial objects that emit much of their energy in infrared wavelengths, as well as by astronomers seeking to understand objects at other wavelength regions of the electromagnetic spectrum.

IRAS is joint project of the space agencies of the U.S., The Netherlands, and the United Kingdom. The telescope-satellite was launched Jan. 25, 1983 and conducted 10-month, all-sky survey of infrared objects from Earth- orbit until its supply of liquid helium coolant was depleted Nov. 23, 1983.

The project was undertaken to locate and study the many astronomical objects that radiate most of their energy at infrared wavelengths. Some events, such as the birth and death of stars and the condensation of planetary systems, are best observed using infrared instrumentation. Earth's atmosphere, however, blocks almost all infrared radiation, so the IRAS telescope was designed to scan the skies from 560- mile-high orbit far above Earth's obscuring atmosphere.

Preliminary IRAS findings include the discovery of protoplanetary systems -- rings of material that may someday form into planets around dozens of nearby stars. IRAS studies of such stars led to the first photographic evidence at visible wavelengths of possible solar system around the star Beta Pictoris.

The orbiting telescope also found extremely luminous galaxies as powerful as 2 trillion Suns, but which emit more than 99 percent of their energy in far-infrared wavelengths. IRAS also found stars like our Sun in the process of forming from nearby clouds of interstellar gas, rings of dust in our solar system between the orbits of Mars and Jupiter, and cirrus-like clouds of dust and gas that stretch across huge expanses of the sky.

The catalog is presented in several formats, including five-volume book giving the location and infrared characteristics of about 250,000 individual point sources found by IRAS. The catalog is also available on microfiche (24 cards) and magnetic tape comprising 60 megabytes of data.

For 5,000 of the brightest objects, an onboard spectrometer was able to break down the radiation from the objects into finer detail to obtain spectral information that will help classify the objects.

The atlas of sky maps consists of 212 computer- processed color photographs, each covering 16.5 degree region of the sky. These data are also available on magnetic tape and black-and-white and color negatives.

Accompanying the IRAS data collection is an explanatory supplement that tells astronomers how to use the catalog and describes the IRAS instrumentation, the telescope scanning strategy and sky coverage, data reduction techniques and calibration. It also includes information on the IRAS low-resolution spcectometer instrument and its data.

The catalog and maps, compiled at JPL, have been delivered to the following institutions:

In addition to the point source catalog, IRAS data have been assembled into catalogs listing information for external galaxies and quasars, as well as for small extended sources.

According to IRAS scientists, most of what IRAS saw in its ten months of observations still lies buried in the reels of computer tape and printouts that contain the IRAS data, unknown even to those most closely involved with the mission. The tapes will serve as an archive to be consulted by astronomers well into the next century, much as the photographic plates from an optical sky survey are used.

Follow-up studies of many interesting objects found in the IRAS survey are already being conducted from ground- based observatories in wavelengths other than infrared, and limited number of studies are being made with ground-based and airborne infrared instrumentation. But, according to IRAS scientists, the most interesting objects seen by IRAS will have to be studied with spaceborne infrared instruments of the future.

The IRAS program involved nearly 500 scientists, engineers and technicians from the U.S., The Netherlands, and the United Kingdom. The satellite was developed and operated by the Netherlands Agency for Aerospace Programs (NIVR), the National Aeronautics and Space Administration (NASA), and the United Kingdom's Science and Engineering Research Council (SERC). The Rutherford Appleton Laboratory in Chilton, Didcot, England, operated the tracking station and preliminary science analysis center. Data processing and compilation of the sky catalog and maps were performed at the Jet Propulsion Laboratory, which manages the project for NASA.

Cost of the U.S. share of the project, including spacecraft, launch vehicle, launch, and post-launch operations is $199.3 million.