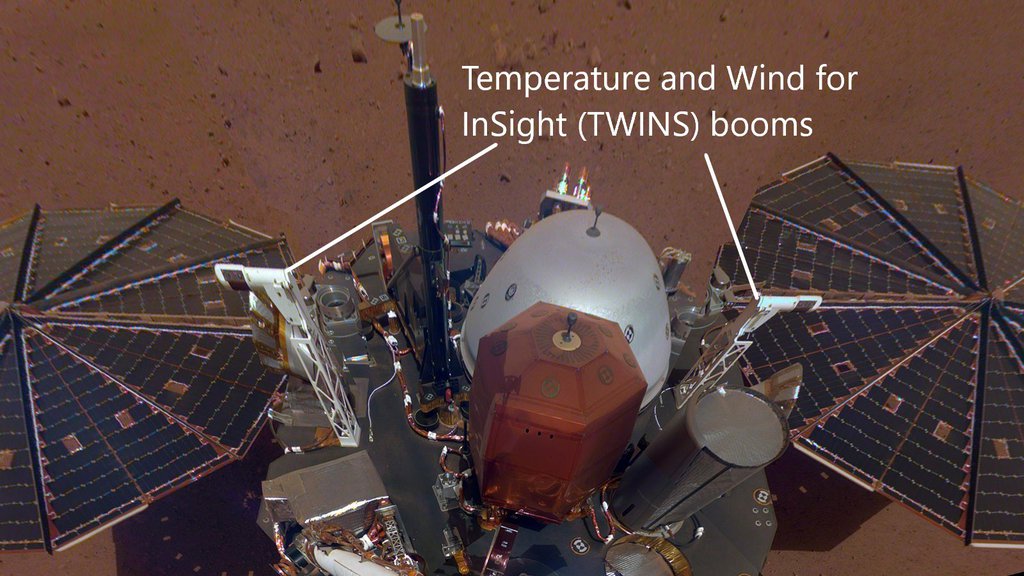 The white east- and west-facing booms - called Temperature and Wind for InSight, or TWINS - on the deck of NASA's InSight lander belong to its suite of weather sensors.› Full image and caption
Credit: NASA/JPL-Caltech 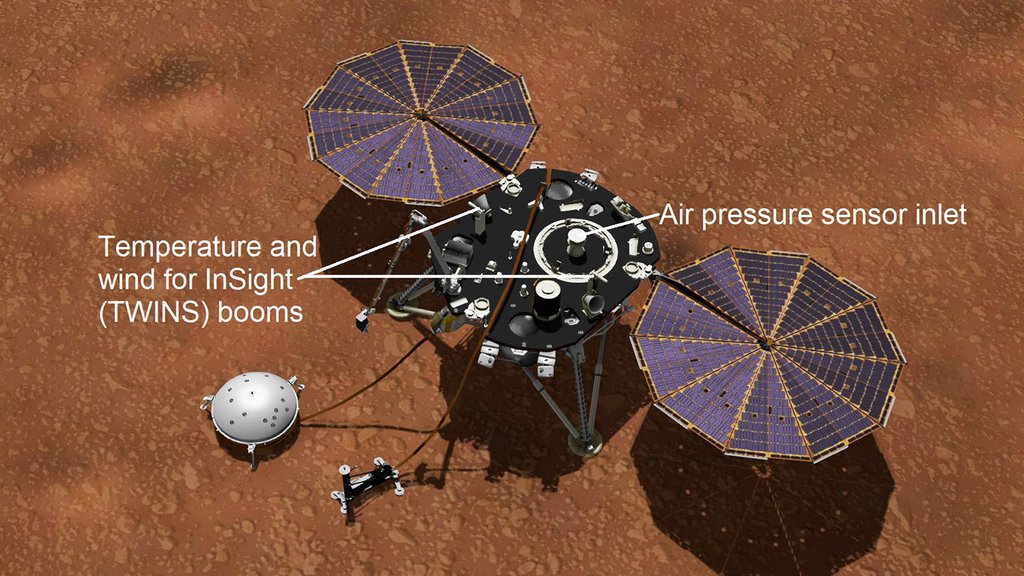 This artist's concept shows NASA's InSight lander with its instruments deployed on the Martian surface. Several of the sensors used for studying Martian weather are visible on its deck, including the inlet for an air pressure sensor and the east- and west-facing weather sensor booms.› Full image and caption
Credit: NASA/JPL-Caltech

By collecting data around the clock, NASA's lander will provide unique science about the Martian surface.

Through a package of sensors called the Auxiliary Payload Sensor Suite (APSS), InSight will provide more around-the-clock weather information than any previous mission to the Martian surface. The lander records this data during each second of every sol (a Martian day) and sends it to Earth on a daily basis. The spacecraft is designed to continue that operation for at least the next two Earth years, allowing it to study seasonal changes as well.