InSight in Position for Mars Landing 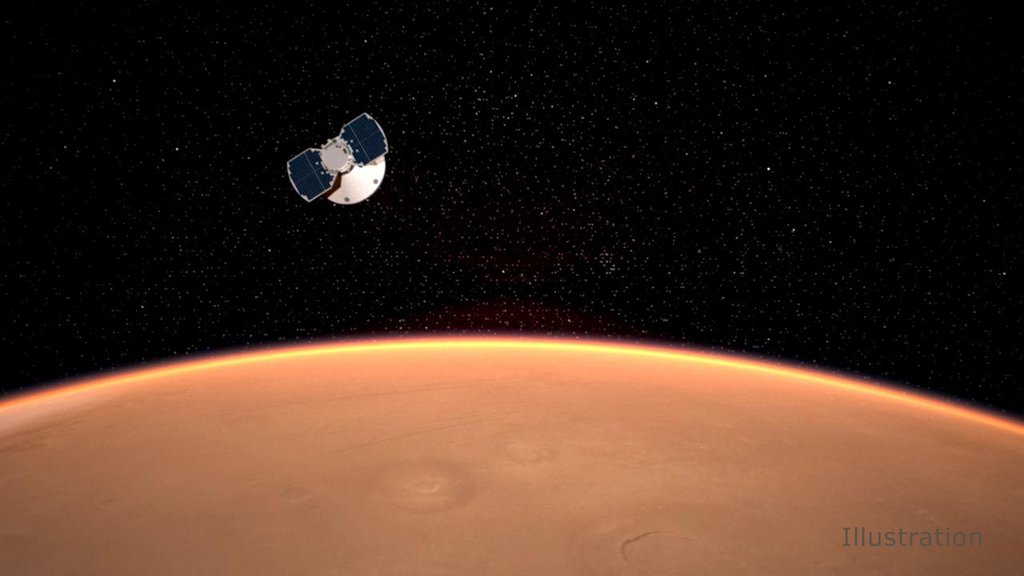 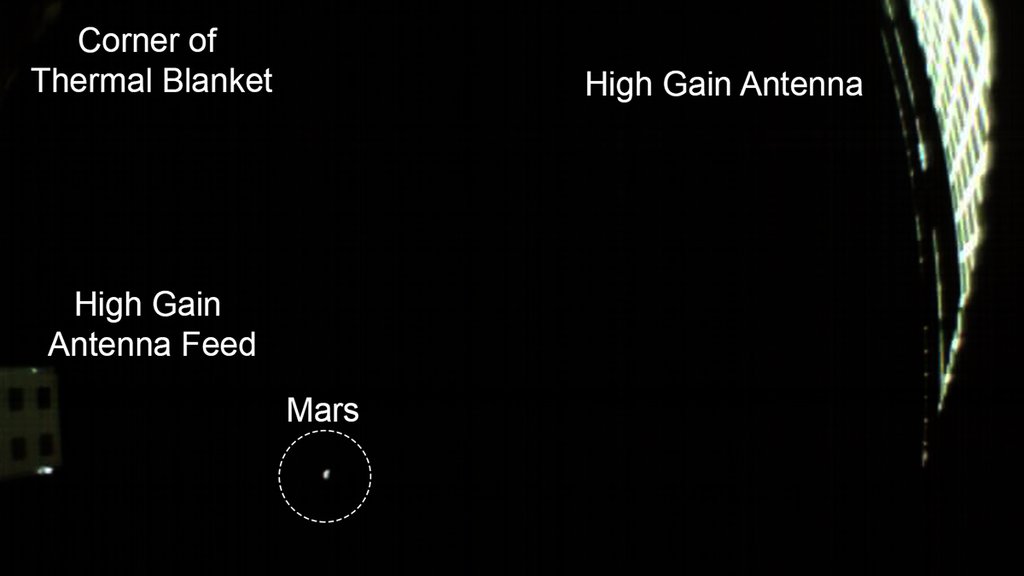 NASA's twin MarCO spacecraft are scheduled to make a flyby of Mars on Nov. 26. On Nov. 24, a wide-angle camera on MarCO-B took this picture of the Red Planet, which appears as small, grey dot in the lower left quadrant of the image. › Full image and caption

NASA's InSight spacecraft is on target for Mars landing at around noon PST today.

UPDATED AT 10:45 a.m. PDT (1:45 p.m. EST) on Nov. 26. Before atmospheric entry, the InSight team determined that no additional changes were necessary to the algorithm that safely guides the spacecraft to the surface. In addition, the fourth paragraph has been updated with information about the trajectory correction maneuver conducted by the mission team on the afternoon of Nov. 25.

Engineers at NASA's Jet Propulsion Laboratory in Pasadena, California, which leads the mission, are preparing for the spacecraft to enter the Martian atmosphere, descend with a parachute and retrorockets, and touch down tomorrow at around noon PST (3 p.m. EST). InSight - which stands for Interior Exploration using Seismic Investigations, Geodesy and Heat Transport - will be the first mission to study the deep interior of Mars.

"We've studied Mars from orbit and from the surface since 1965, learning about its weather, atmosphere, geology and surface chemistry," said Lori Glaze, acting director of the Planetary Science Division in NASA's Science Mission Directorate. "Now we finally will explore inside Mars and deepen our understanding of our terrestrial neighbor as NASA prepares to send human explorers deeper into the solar system."

Before InSight enters the Martian atmosphere, there are a few final preparations to make. At 1:47 p.m. PST (4:47 p.m. EST) engineers successfully conducted a last trajectory correction maneuver to steer the spacecraft within a few kilometers of its targeted entry point over Mars. About two hours before hitting the atmosphere, the entry, descent and landing (EDL) team might also upload some final tweaks to the algorithm that guides the spacecraft safely to the surface.

These will be the last commands issued to InSight before it robotically guides itself the rest of the way. The EDL team worked for months beforehand to pre-program every stage of InSight's landing, making adjustments based on weather reports from NASA's Mars Reconnaissance Orbiter.

"While most of the country was enjoying Thanksgiving with their family and friends, the InSight team was busy making the final preparations for Monday's landing," said Tom Hoffman of JPL, InSight's project manager. "Landing on Mars is difficult and takes a lot of personal sacrifices, such as missing the traditional Thanksgiving, but making InSight successful is well worth the extraordinary effort."

Engineers will be huddled with scientists at JPL on Nov. 26, watching with nervous anticipation for signals that InSight successfully touched down.

"It's taken more than a decade to bring InSight from a concept to a spacecraft approaching Mars - and even longer since I was first inspired to try to undertake this kind of mission," said Bruce Banerdt of JPL, InSight's principal investigator. "But even after landing, we'll need to be patient for the science to begin."

It will take two to three months for InSight's robotic arm to set the mission's instruments on the surface. During that time, engineers will monitor the environment and photograph the terrain in front of the lander.

Back at JPL, the surface operations team will practice setting down the instruments. They'll use a working replica of InSight in an indoor "Mars sandbox," which will be sculpted to match the mission's actual landing site on Mars. The team will check to make sure the instruments can be deployed safely, even if there are rocks nearby or InSight lands at an angle.

Once the final position of each instrument is decided, it will take several weeks to carefully lift each one and calibrate their measurements. Then the science really gets underway.

For the latest updates and more information about how to watch InSight landing, visit: