In a First, NASA Measures Wind Speed on a Brown Dwarf 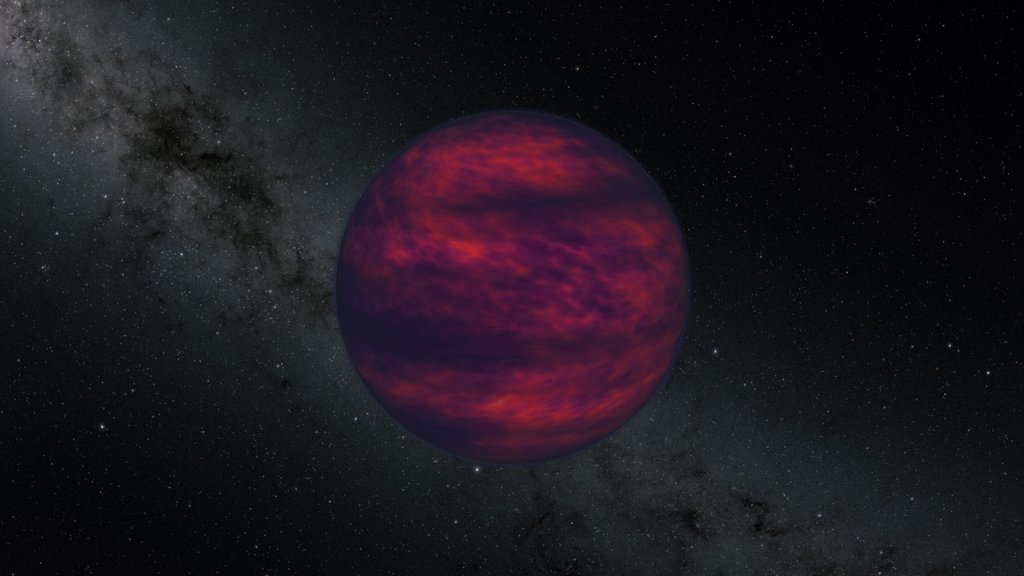 This artist's concept shows a brown dwarf, an object that is at least 13 times the mass of Jupiter but not massive enough to begin nuclear fusion in its core, which is the defining characteristic of a star.
Credit: NASA/JPL-Caltech
Full Image Details

Not quite planets and not quite stars, brown dwarfs are cosmic in-betweeners. Learning about their atmospheres could help us understand giant planets around other stars.

For the first time, scientists have directly measured wind speed on a brown dwarf, an object larger than Jupiter (the largest planet in our solar system) but not quite massive enough to become a star. To achieve the finding, they used a new method that could also be applied to learn about the atmospheres of gas-dominated planets outside our solar system.

Described in a paper in the journal Science, the work combines observations by a group of radio telescopes with data from NASA's recently retired infrared observatory, the Spitzer Space Telescope, managed by the agency's Jet Propulsion Laboratory in Southern California.

Officially named 2MASS J10475385+2124234, the target of the new study was a brown dwarf located 32 light-years from Earth - a stone's throw away, cosmically speaking. The researchers detected winds moving around the planet at 1,425 mph (2,293 kph). For comparison, Neptune's atmosphere features the fastest winds in the solar system, which whip through at more than 1,200 mph (about 2,000 kph).

Measuring wind speed on Earth means clocking the motion of our gaseous atmosphere relative to the planet's solid surface. But brown dwarfs are composed almost entirely of gas, so "wind" refers to something slightly different. The upper layers of a brown dwarf are where portions of the gas can move independently. At a certain depth, the pressure becomes so intense that the gas behaves like a single, solid ball that is considered the object's interior. As the interior rotates, it pulls the upper layers - the atmosphere -along so that the two are almost in synch. 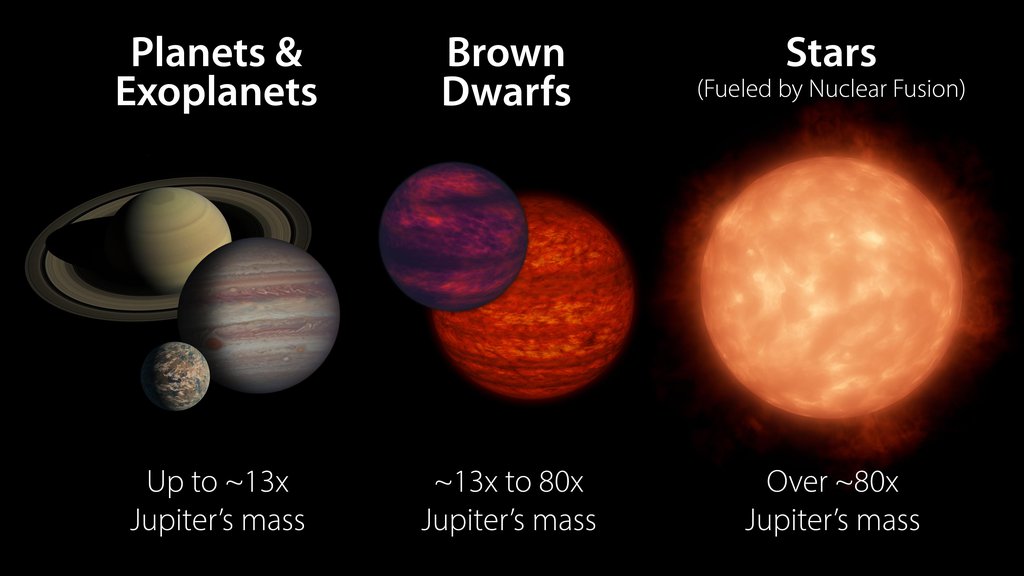 This illustration shows brown dwarfs are more massive than planets but not quite as massive as stars.
Credit: NASA/JPL-Caltech
Full Image Details

In their study, the researchers measured the slight difference in speed of the brown dwarf's atmosphere relative to its interior. With an atmospheric temperature of over 1,100 degrees Fahrenheit (600 degrees Celsius), this particular brown dwarf radiates a substantial amount of infrared light. Coupled with its close proximity to Earth, this characteristic made it possible for Spitzer to detect features in the brown dwarf's atmosphere as they rotate in and out of view. The team used those features to clock the atmospheric rotation speed.

The new study is the first to demonstrate this comparative method for measuring wind speed on a brown dwarf. To gauge its accuracy, the group tested the technique using infrared and radio observations of Jupiter, which is also composed mostly of gas and has a physical structure similar to a small brown dwarf. The team compared the rotation rates of Jupiter's atmosphere and interior using data that was similar to what they were able to collect for the much more distant brown dwarf. They then confirmed their calculation for Jupiter's wind speed using more detailed data collected by probes that have studied Jupiter up close, thus demonstrating that their approach for the brown dwarf worked.

Scientists have previously used Spitzer to infer the presence of winds on exoplanets and brown dwarfs based on variations in the brightness of their atmospheres in infrared light. And data from the High Accuracy Radial velocity Planet Searcher (HARPS) - an instrument on the European Southern Observatory's La Silla telescope in Chile - has been used to make a direct measurement of wind speeds on a distant planet.

But the new paper represents the first time scientists have directly compared the atmospheric speed with the speed of a brown dwarf's interior. The method employed could be applied to other brown dwarfs or to large planets if the conditions are right, according to the authors.

"We think this technique could be really valuable to providing insight into the dynamics of exoplanet atmospheres," said lead author Katelyn Allers, an associate professor of physics and astronomy at Bucknell University in Lewisburg, Pennsylvania. "What's really exciting is being able to learn about how the chemistry, the atmospheric dynamics and the environment around an object are interconnected, and the prospect of getting a really comprehensive view into these worlds."

The Spitzer Space Telescope was decomissioned on Jan. 30, 2020, after more than 16 years in space. JPL managed Spitzer mission operations for NASA's Science Mission Directorate in Washington. Spitzer science data continue to be analyzed by the science community via the Spitzer data archive located at the Infrared Science Archive housed at IPAC at Caltech. Science operations were conducted at the Spitzer Science Center at IPAC at Caltech in Pasadena. Spacecraft operations were based at Lockheed Martin Space in Littleton, Colorado. Caltech manages JPL for NASA.