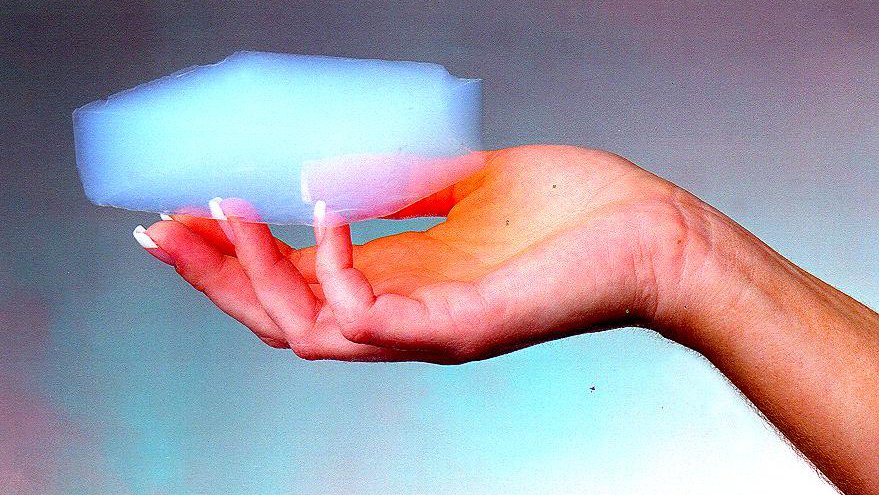 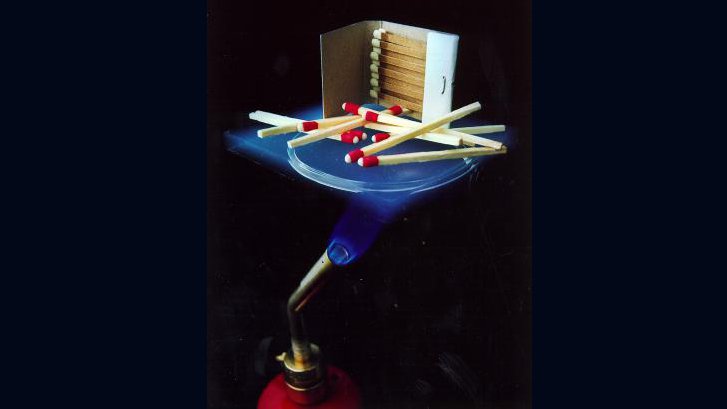 Aerogel protects matches from flame below 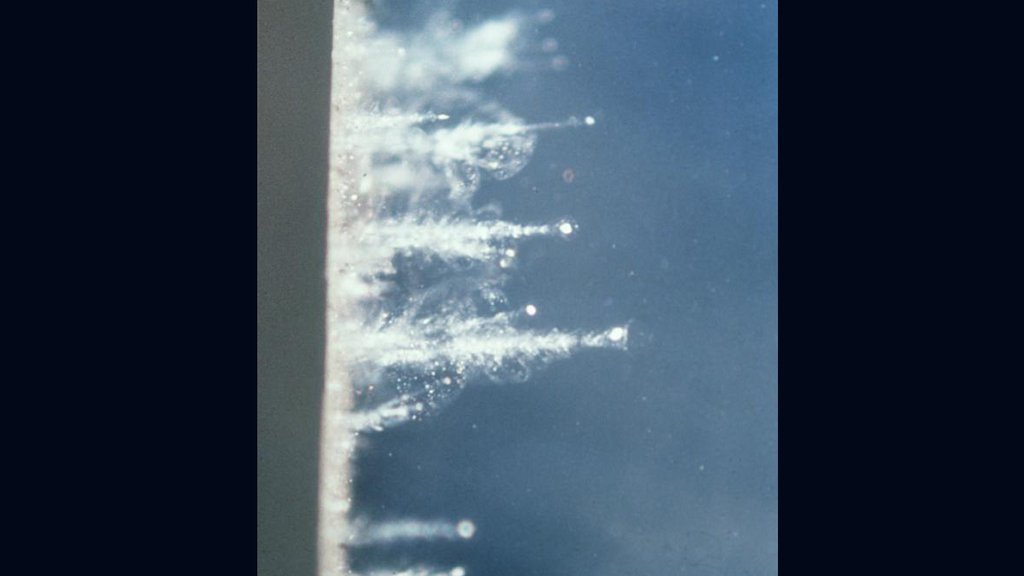 This exotic substance, commonly referred to as "frozen smoke" for its hazy appearance, has many unusual properties and can withstand extreme temperatures. Its versatility was obscured until it got into the hands of some NASA researchers. They saw through the haze and realized the possibilities. The result was the development of a novel use of aerogel for space exploration.

Much Ado About Nothing

NASA's Jet Propulsion Laboratory in Pasadena, Calif., altered the original recipe to come up with an exciting new way to use aerogel for space exploration. This particular JPL-made aerogel approaches the density of air, but it is durable and easily survives launch and space environments. JPL used aerogel to insulate the electronics box on the Mars Pathfinder Sojourner rover, which explored the red planet in 1997.

Strong Enough To Stop a Bullet in its Track

The Stardust mission, currently on its way to comet Wild 2 (pronounced Vilt 2), will use aerogel to encapsulate interstellar and comet dust particles and bring samples home in 2006. When Stardust encounters the comet, the particles will be traveling up to 6 times the speed of a rifle bullet. To collect these delicate particles, each smaller than a grain of sand, aerogel will gradually slow them to a stop without damaging them or altering their shape and chemical composition.

The aerogel on Stardust was developed and manufactured at JPL. It is less dense at the impact face where the particle encounters the aerogel and yet has a gradually increasing density as the particle burrows deeper and slows to a stop. This is a similar concept to the use of progressive lens in eyeglasses.

The aerogel aboard the Stardust spacecraft is fitted into a tennis racket-shaped collector grid. One side of the collector will face toward the particles coming from the comet, while the reverse, or B side, will be turned to face the streams of interstellar dust at various points in the mission's seven year journey.

When a piece of comet dust hits the aerogel, it buries itself in the material, creating a carrot-shaped track up to 200 times its own length. This slows it down and brings the sample to a relatively gradual stop. After the comet encounter, the aerogel collector will retract into a sample return capsule and return to Earth for logging and storage by scientists at NASA's Johnson Space Center in Houston, where research scientists throughout the world will be able to study and analyze these unique particles.

Because of its unique combination of physical properties--thermal, acoustical, optical and electronic--aerogel holds incredible potential for Earthly uses.

However, compared to other standard commercial materials, aerogel is still rather costly. Thus, despite the fact that it would make a superior insulator for your home or cooler, you are not likely to see it put to use as such in the near future.

Meanwhile, researchers at JPL are working to improve on the properties and performance of aerogel. By making aerogel more versatile, it might become competitive as a commercial material. Until then, researchers keep looking to the sky, anxiously awaiting the return of the smoky blue substance, which will bring home a souvenir from space.

It is 99.8% Air
Provides 39 times more insulation than the best fiberglass insulation
Is 1,000 times less dense than glass
Was used on the Mars Pathfinder Sojourner rover
Will catch a piece of a comet on the Stardust mission
Will be used to insulate the batteries of the 2003 Mars Exploration Rovers
Stardust home page