Icy Tendrils Reaching into Saturn Ring Traced to Their Source 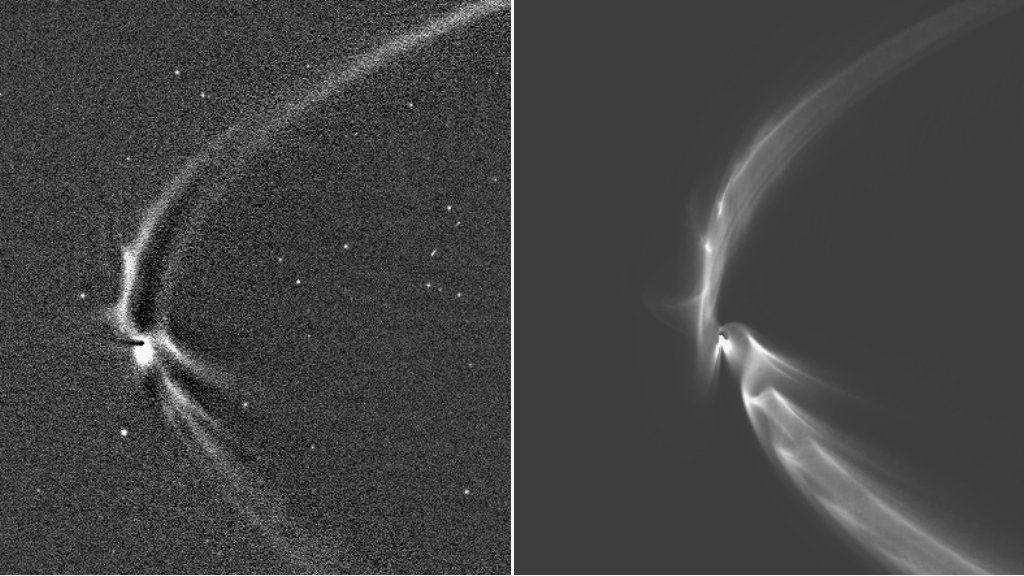 This collage, consisting of two Cassini images of long, sinuous, tendril-like features from Saturn's moon Enceladus and two corresponding computer simulations of the same, illustrates how well the structures, and the sizes of the particles composing them, can be modeled by tracing the trajectories of tiny, icy grains ejected from Enceladus' south polar geysers.› Full image and caption
Credit: NASA/JPL-Caltech/Space Science Institute 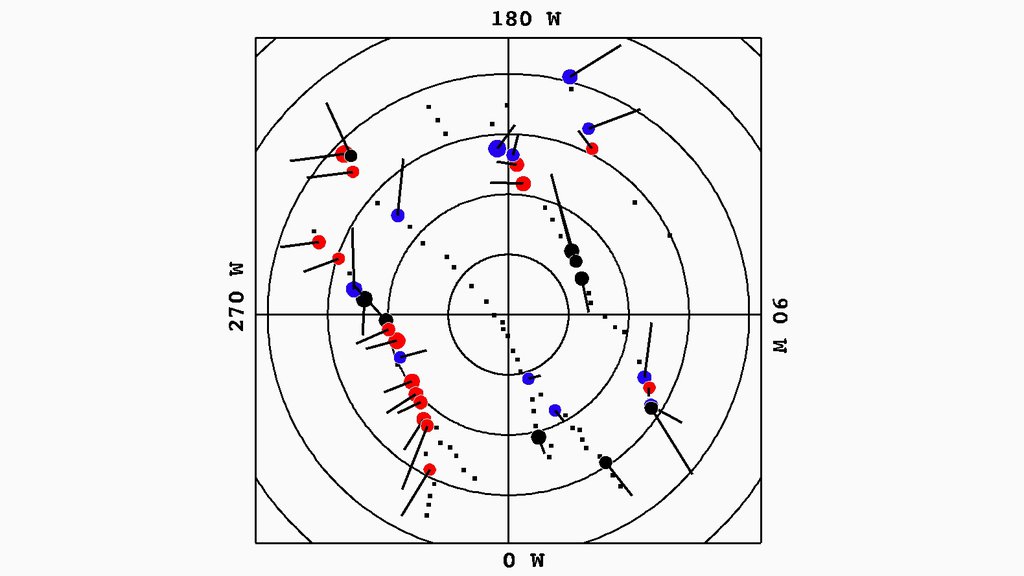 Long, sinuous, tendril-like structures seen in the vicinity of Saturn's icy moon Enceladus originate directly from geysers erupting from its surface, according to scientists studying images from NASA's Cassini spacecraft.

This result is published online today in a study in the Astronomical Journal, along with additional insights into the nature of the structures.

"We've been able to show that each unique tendril structure can be reproduced by particular sets of geysers on the moon's surface," said Colin Mitchell, a Cassini imaging team associate at the Space Science Institute in Boulder, Colorado, and lead author of the paper. Mitchell and colleagues used computer simulations to follow the trajectories of ice grains ejected from individual geysers. The geysers, which were discovered by Cassini in 2005, are jets of tiny water ice particles, water vapor and simple organic compounds.

Under certain lighting conditions, Cassini's wide-view images showing icy material erupting from Enceladus reveal faint, finger-like features, dubbed "tendrils" by the imaging team. The tendrils reach into Saturn's E ring -- the ring in which Enceladus orbits -- extending tens of thousands of miles (or kilometers) away from the moon. Since the tendrils were discovered, scientists have thought they were the result of the moon's geysering activity and the means by which Enceladus supplies material to the E ring. But the ghostly features had never before been traced directly to geysers on the surface.

Because the team was able to show that tendril structures of different shapes correspond to different sizes of geyser particles, the team was able to zero in on the sizes of the particles forming them. They found the tendrils are composed of particles with diameters no smaller than about a millionth of a meter (one meter is about 3 feet), a size consistent with the measurements of E-ring particles made by other Cassini instruments.

As the researchers examined images from different times and positions around Saturn, they also found that the detailed appearance of the tendrils changes over time. "It became clear to us that some features disappeared from one image to the next," said John Weiss, an imaging team associate at Saint Martin's University in Lacey, Washington, and an author on the paper.

The authors suspect that changes in the tendrils' appearance likely result from the cycle of tidal stresses -- squeezing and stretching of the moon as it orbits Saturn -- and its control of the widths of fractures from which the geysers erupt. The stronger the tidal stresses raised by Saturn at any point on the fractures, the wider the fracture opening and the greater the eruption of material. The authors will investigate in future work whether this theory explains the tendrils' changing appearance.

There is even more that can be extracted from the images, the scientists say. "As the supply lanes for Saturn's E ring, the tendrils give us a way to ascertain how much mass is leaving Enceladus and making its way into Saturn orbit," said Carolyn Porco, team leader for the imaging experiment and a coauthor on the paper. "So, another important step is to determine how much mass is involved, and thus estimate how much longer the moon's sub-surface ocean may last." An estimate of the lifetime of the ocean is important in understanding the evolution of Enceladus over long timescales.

Because of its significance to the investigation of possible extraterrestrial habitable zones, Enceladus is a major target of investigation for the final years of the Cassini mission. Many observations, including imaging of the plume and tendril features, and thermal observations of the surface of its south polar geyser basin, are planned during the next couple of years.

The Cassini-Huygens mission is a cooperative project of NASA, ESA (European Space Agency) and the Italian Space Agency. NASA's Jet Propulsion Laboratory in Pasadena, California, manages the mission for the agency's Science Mission Directorate in Washington. JPL is a division of the California Institute of Technology in Pasadena. The Cassini imaging operations center is based at the Space Science Institute in Boulder, Colo.

New images released today can be found at: