Ice Explorer Conceived for Other Worlds Gets Arctic Test 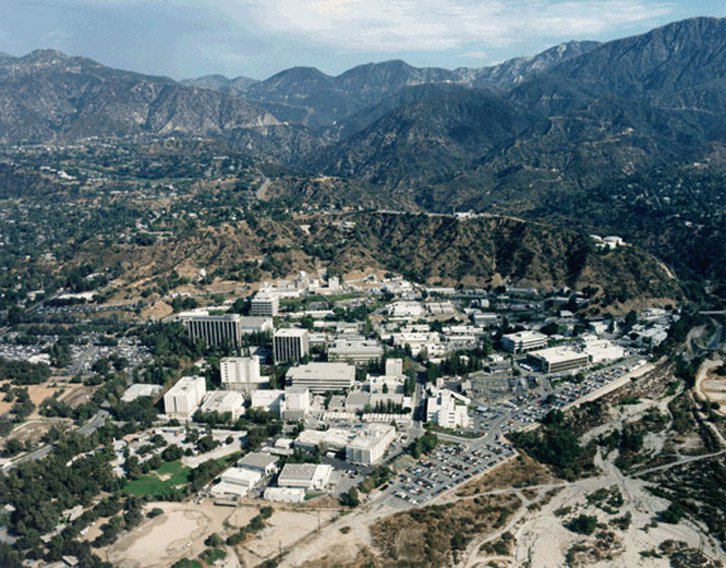 Robots that melt their way through ice may one day explore below frozen surfaces of other worlds, based on a pioneering version that successfully bored into an Arctic glacier in an adventurous field test.

Robots that melt their way through ice may one day explore below frozen surfaces of other worlds, based on a pioneering version that successfully bored into an Arctic glacier in an adventurous field test.

NASA teamed with the Norwegian Polar Institute and Norwegian Space Center to use the ice-penetrating robot, or Cryobot, for the first time on a glacier on the island of Spitsbergen, far above the Arctic Circle in the Norwegian-administered international territory of Svalbad.

Researchers from NASA's Jet Propulsion Laboratory and the California Institute of Technology coped with fading daylight, frequent snow and severe cold while camping on the Longyearbreen glacier for more than a week. Migrating polar bears were also a concern, particularly during the team's late-night and early-morning vigils of the warm-nosed robot probe.

Despite these obstacles, the test was completed, with the probe successfully melting down 23 meters (75 feet) into the glacier.

"The test showed the design has viability. It established a bold foothold for opening up new, below-the-surface environments for scientific study," said Lloyd French, Cryobot task manager at JPL. "In exploring outer planets, we have observed from two environments: space orbits and planet surfaces. Now we have a potential third: subsurface."

The Cryobot began at JPL as a concept for examining what's under the surface of Jupiter's moon Europa. NASA's Galileo spacecraft, orbiting Jupiter since 1995, has accumulated strong evidence that Europa has a deep saltwater ocean below the ice, making that moon a prime target for studies of possible extraterrestrial life.

"In developing ideas for exploring Europa, we realized the same technology could be applied to icy environments elsewhere -- ice on Earth, the polar icecaps on Mars," French said.

"There's never been a probe before that does what this one can," said Wayne Zimmerman, lead engineer for the task. Earlier probes were much larger, required more power, did not carry a full navigation and control system, could not manage sediment buildup in front of the probe, and had limited science-payload capacity."

The first prototype of the Cryobot is a cylinder about 1 meter (3.3 feet) long and 12 centimeters (5 inches) in diameter. Heated water at the downward end melts ice, and gravity provides the propulsion. Instruments such as a camera and chemical sensor ride aboard to study the deep layers without the need to hoist a core to the surface. A tether behind the vehicle provides an electronic link to the onboard instruments and carries electricity from the surface to supply heat in the Cryobot.

On deeper descents, ice would be allowed to refreeze behind the robot, but in the first field tests, the borehole was reopened for retrieving the equipment.

"By no means is Earth merely a testing ground for Europa and Mars, said JPL's Dr. Frank Carsey, Cryobot task scientist. There are many interesting environments on Earth where a Cryobot could be the best technology for conducting safe and effective scientific studies."

For exploring lakes that lie under permanent ice, a Cryobot would have an advantage over rotary drilling or hot-water drilling, which leave a hole open. Allowing ice to refreeze behind the descending Cryobot would minimize contamination of the lake, Carsey said. Antarctica has at least 70 lakes under ice, including Earth's fourth-largest lake, Lake Vostok.

"In the past, the United States and Norway participated in a global race for the North Pole on Earth. Now, with the help of the Norwegian Polar Institute and Norwegian Space Center, we're cooperating on a possible way to explore another north pole, on Mars," said French.

A mission proposal called Cryoscout will compete with other Mars Scout proposals to be chosen by NASA for a 2007 launch to Mars. Cryoscout is one of 10 Mars Scout concepts selected last year for further study. It proposes using a Cryobot to descend through Mars' polar ice cap.

"If you want to learn about the climate history of Mars, which is important in the search for life, you want to examine the layers of the polar caps, and this is how you can do it," said Scott Anderson, a geophysicist on the Cryobot field-test team.

Work also continues on developing plans for how a Cryobot could be used on icy worlds such as Europa or Titan, though NASA has no specific plans at this point for landing a spacecraft on either. A Europa Orbiter mission is under development at JPL with a launch target of 2008.