Ice Confirmed at the Moon's Poles 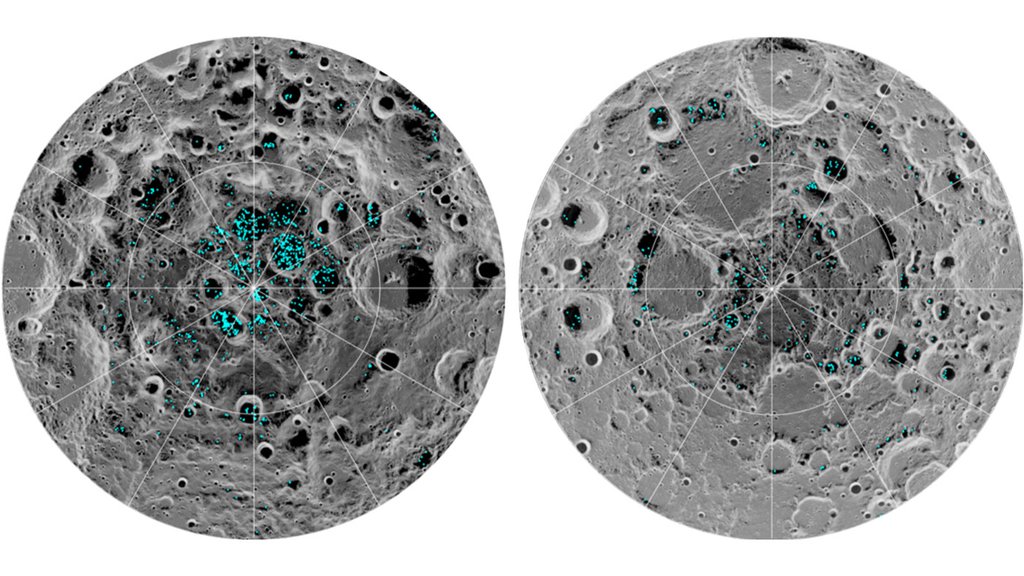 The image shows the distribution of surface ice at the Moon's south pole (left) and north pole (right), detected by NASA's Moon Mineralogy Mapper instrument. Blue represents the ice locations, plotted over an image of the lunar surface, where the gray scale corresponds to surface temperature (darker representing colder areas and lighter shades indicating warmer zones). The ice is concentrated at the darkest and coldest locations, in the shadows of craters. This is the first time scientists have directly observed definitive evidence of water ice on the Moon's surface. Credits: NASA

A team of scientists used NASA's Moon Mineralogy Mapper instrument data to identify three signatures that definitively prove there is water ice at the surface of the Moon.