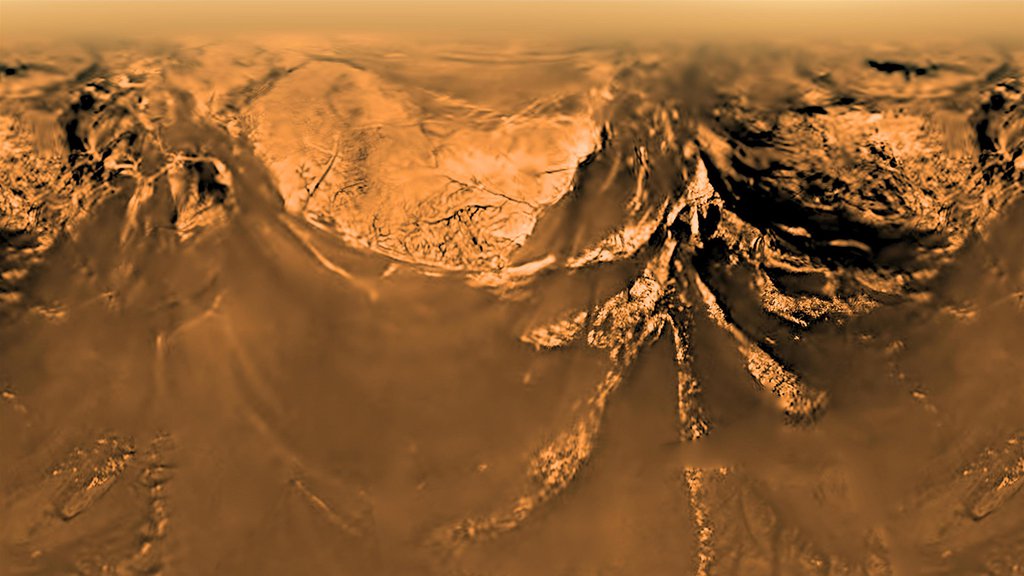 Images taken by Huygens were used to create this view, which shows the probe's perspective from an altitude of about 6 miles (10 kilometers).› Full image and caption
Credit: ESA/NASA/JPL/University of Arizona