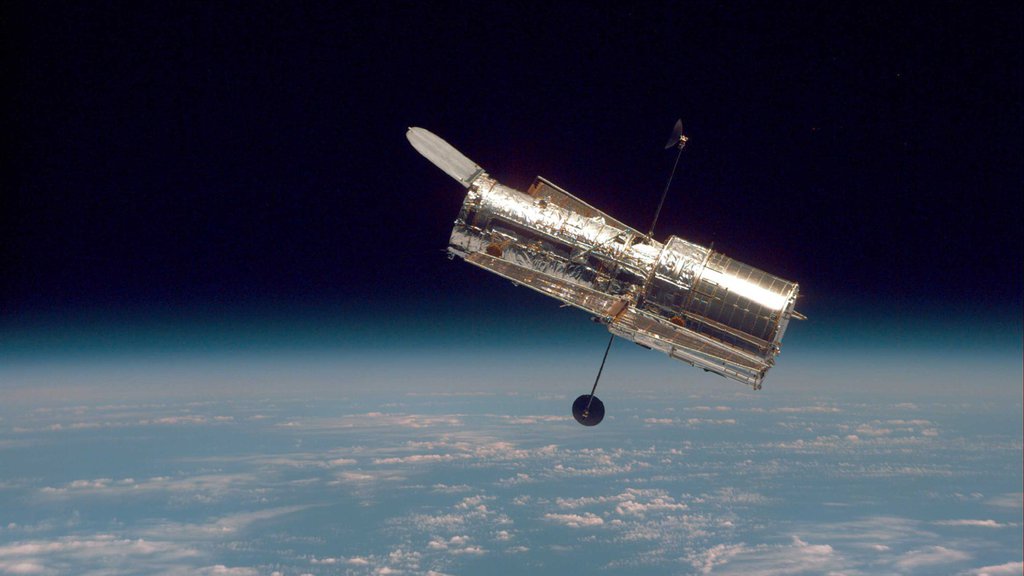 NASA today announced the completion of its planned series of adjustments and tests of the cameras onboard the orbiting Hubble Space Telescope and released images showing that the telescope's desired performance has been restored.

NASA today announced the completion of its planned series of adjustments and tests of the cameras onboard the orbiting Hubble Space Telescope and released images showing that the telescope's desired performance has been restored.

The announcement was made at NASA's Goddard Space Flight Center in Greenbelt, Md., by NASA Administrator Daniel S. Goldin and Sen. Barbara A. Mikulski (D-Maryland), chair of the Senate subcommittee responsible for appropriating NASA funding.

In successive news panels following the announcement, scientists, engineers and managers at NASA's Jet Propulsion Laboratory expressed satisfaction that the space telescope's Wide-Field and Planetary Camera-II was performing perfectly. The camera, designed and built at JPL, is the principal imaging instrument aboard the observatory and was used to take most of the images NASA released today.

The Hubble servicing mission, conducted in December 1993 aboard the space shuttle Endeavour, put in place a new JPL-built camera that incorporates corrective optics to compensate for a flaw in Hubble's 2.4-meter (94.5-inch) diameter primary mirror. Shortly after launch, star images from the newly deployed telescope showed that the surface of the mirror was too flat by an amount equal to about 1/50th the width of a human hair and that images could not be brought to a sharp focus.

The corrective optics in the new camera have completely eliminated this blurring so that images are essentially in perfect focus, according to Dr. John Trauger of JPL, principal investigator of the new Wide-Field and Planetary Camera-II.

Once the new camera was installed, the original Wide-Field and Planetary Camera-I, also designed and built at JPL, was returned to Earth by the STS-61 astronauts for possible reuse at a later time. Except for the flaw in the telescope itself, the original camera had also performed perfectly, scientists reported, and was used to record most of the images obtained to date from the Hubble telescope.

The astronauts replaced the telescope's solar panels, used to generate electricity from sunlight to power the observatory, because the original panels were found to cause vibrations of the telescope when it passed into and out of Earth's shadow. Replacement gyroscopes and an upgraded computer memory were also installed during the highly successful servicing mission in early December.

The refurbished Hubble Space Telescope is now capable of achieving the scientific objectives for which it was originally designed, scientists and engineers concurred at the news conference.

The images released today show, for example, that the telescope is for the first time able to see individual stars that are imbedded in galaxies at the distance of the Virgo cluster some 65 million light years away. These stars are of about the same brightness as Cepheid variable stars, which are used by astronomers to measure distances.

A key science program of the Hubble telescope to accurately calibrate the cosmic distance scale -- currently uncertain to within a factor of about two -- will also become possible for the first time.

Other images released today show how well the telescope will be able to produce clear, sharp images of the densely populated regions near the cores of galaxies and star clusters, previously thwarted by the telescope's blurred imaging.

Images that were taken with the new Wide-Field and Planetary Camera-II reveal well-resolved shots of newly forming stars in the nearby Orion nebula. They also show previously unseen structure in the exploding star Eta Carinae, which is located in one of the Magellanic clouds just outside the Milky Way galaxy.

In one of the images, the expanding gas clouds around Eta Carinae have grown larger than they were when first observed by Hubble, as the result of the clouds' expansion at a speed of about 1,000 kilometers per second.

The Wide-Field and Planetary Camera-II was designed and built by JPL for NASA's Office of Space Science, Washington, D.C.