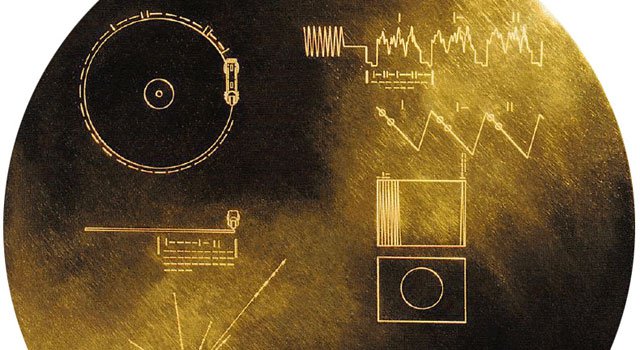 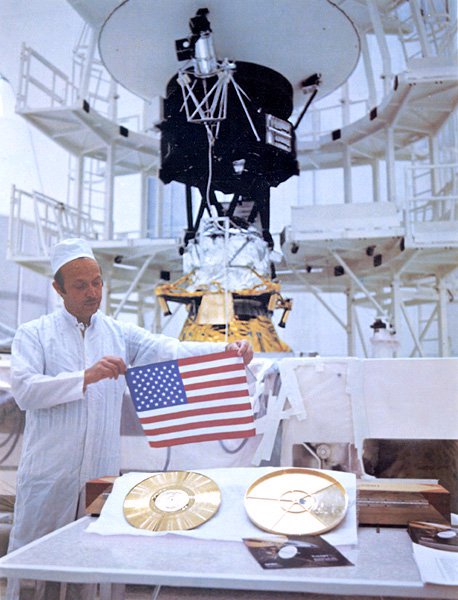 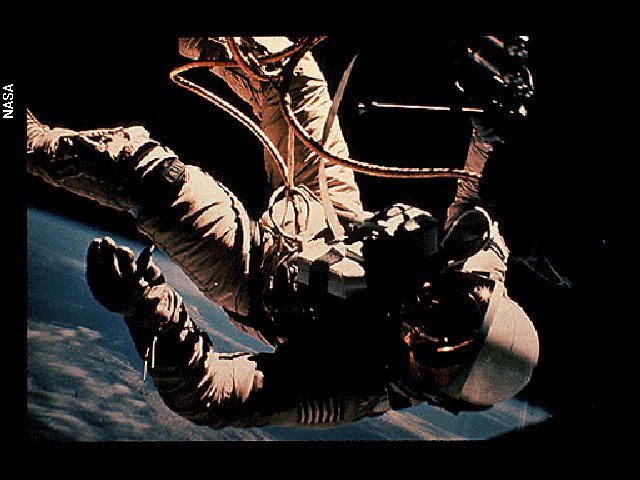 NASA's two Voyager spacecraft bound for interstellar space carry answers offered by some humans before the Voyagers launched 25 years ago.

"Friends of space, how are you all? Have you eaten yet? Come visit us if you have time," says the translation of one of the greetings recorded on identical gold-plated phonograph discs mounted under engraved covers on the side of each Voyager. That message is in Amoy, a language spoken by millions of people in eastern China, and one of 55 languages included on the record.

"Greetings to our friends in the stars. We wish that we will meet you someday," says a translation of the Arabic language greeting.

Some other messages don't sound quite as eager about getting together. The one in Rajasthani, a language of northwest India, translates to "Hello to everyone. We are happy here and you be happy there."

The English-language message among this set says, "Hello from the children of planet Earth."

Voyager 1, launched on Sept. 5, 1977, has already become the most distant of all human-made objects. Every day, it flies another million miles (1.6 million kilometers) farther from the Sun. Voyager 2 is about 80 percent as far away as its twin.

They are still returning scientific information from the outer reaches of the Sun's domain almost every day. Their durable electric power supply, generated from the heat of radioactive plutonium, will allow them to continue making measurements and radioing them home for about 20 more years. That may be long enough for at least Voyager 1 to still be operating when it passes the boundary between the solar wind from the Sun and the interstellar wind from death-explosions of other stars.

Even after the power supply runs too low to operate instruments and transmit data to Earth, the Voyagers will continue silently speeding away from the Sun and Earth. Many thousands of years from now, each will eventually become closer to other stars than they are to the Sun.

A committee headed by the late Dr. Carl Sagan of Cornell University chose what to put on the Voyager "golden record." The group had only about six months to decide on the contents and to gather the recordings.

Some choices, such as the multiplicity of languages, suggest that the message is as much for Earthlings as for aliens. A single language would be easier for an unearthly intelligence to decipher, if one ever acquires the record. A diversity of tongues aboard a craft leaving the solar system emphasizes the shared global significance of the endeavor.

Besides the multilingual greetings, each record also has music, ranging from Louis Armstrong and His Hot Seven to Melanesian panpipes, and from a Navajo night chant to a Beethoven symphony.

Other sounds of Earth on the record include both natural noises, such as a rainstorm and a chimpanzee, and human-created ones, such as a train and a kiss.

Pictures can be encoded into information on a record. The Voyager golden record has 116 pictures. One document stored as an image is a greeting from Jimmy Carter, who was president at the time of the launch.

Part of Carter's text says, "We cast this message into the cosmos. It is likely to survive a billion years into our future, when our civilization is profoundly altered and the surface of the Earth may be vastly changed. Of the 200 billion stars in the Milky Way galaxy, some - perhaps many - may have inhabited planets and spacefaring civilizations. If one such civilization intercepts Voyager and can understand these recorded contents, here is our message:

"This is a present from a small, distant world, a token of our sounds, our science, our images, our music, our thoughts and our feelings. We are attempting to survive our time so we may live into yours. We hope someday, having solved the problems we face, to join a community of galactic civilizations. This record represents our hope and our determination, and our good will in a vast and awesome universe."
Voyager site