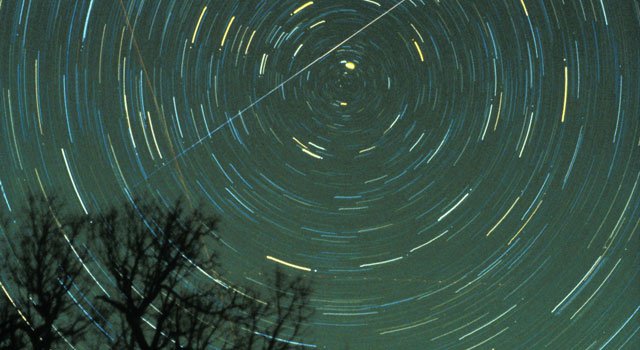 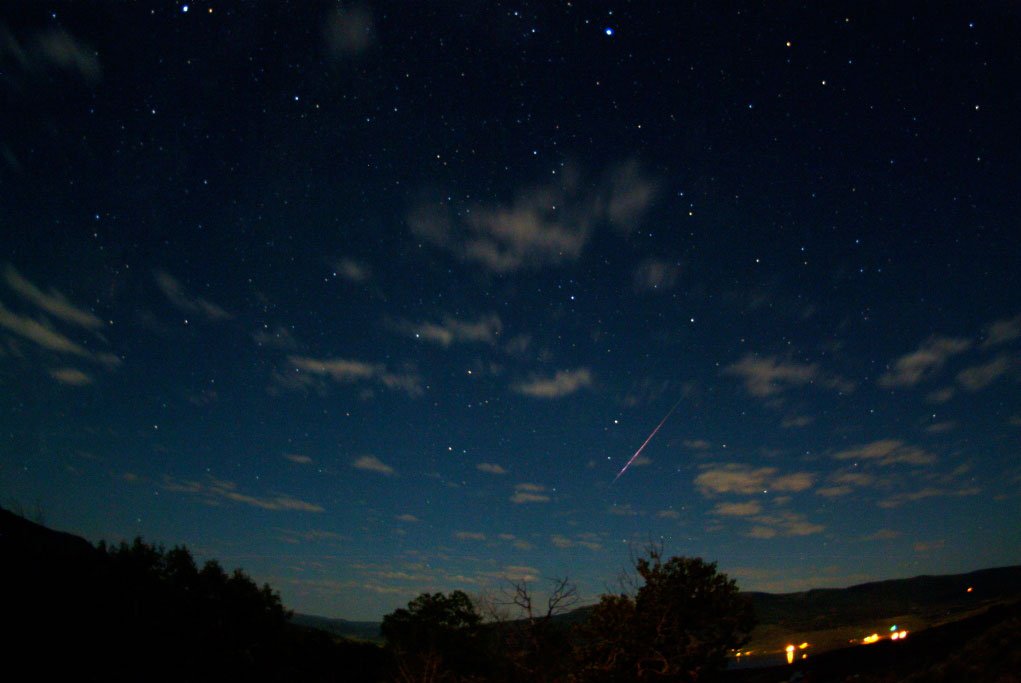 There are several major meteor showers to enjoy every year at various times, with some more active than others.

Whether you're watching from a downtown area or the dark countryside, here are some tips to help you enjoy these celestial shows of shooting stars. Those streaks of light are really caused by tiny specks of comet-stuff hitting Earth's atmosphere at very high speed and disintegrating in flashes of light.

First a word about the moon - it is not the meteor watcher's friend. Light reflecting off a bright moon can be just as detrimental to good meteor viewing as those bright lights of the big city. There is nothing you can do except howl at the moon, so you'll have to put up with it or wait until the next favorable shower.

The best thing you can do to maximize the number of meteors you'll see is to get as far away from urban light pollution as possible and find a location with a clear, unclouded view of the night sky. If you enjoy camping, try planning a trip that coincides with dates of one of the meteor showers listed below. Once you get to your viewing location, search for the darkest patch of sky you can find, as meteors can appear anywhere overhead.

Whether viewing from your front porch or a mountaintop, be sure to dress for success. This means clothing appropriate for cold overnight temperatures, which might include mittens or gloves, and blankets. This will enable you to settle in without having to abandon the meteor-watching because your fingers are starting to turn blue.

Next, bring something comfortable on which to sit or lie down. While Mother Nature can put on a magnificent celestial display, meteor showers rarely approach anything on the scale of a July 4th fireworks show. Plan to be patient and watch for at least half an hour. A reclining chair or ground pad will make it far more comfortable to keep your gaze on the night sky.

Lastly, put away the telescope or binoculars. Using either reduces the amount of sky you can see at one time, lowering the odds that you'll see anything but darkness. Instead, let your eyes hang loose and don't look in any one specific spot. Relaxed eyes will quickly zone in on any movement up above, and you'll be able to spot more meteors. Avoid looking at your cell phone or any other light. Both destroy night vision. If you have to look at something on Earth, use a red light. Some flashlights have handy interchangeable filters. If you don't have one of those, you can always paint the clear filter with red fingernail polish.

These meteor showers provide casual meteor observers with the most bang for their buck. They are the easiest to observe and most active. Be sure to also check the "Related Links" box in the right margin for additional information, and for tools to help you determine how many meteors may be visible from your part of the world.

Eta Aquariids
Comet of Origin: 1P Halley
Radiant: constellation Aquarius
Active: April 19-May 28, 2014
Peak Activity: May 5-6, 2014
Peak Activity Meteor Count: 45 meteors per hour
Meteor Velocity: 44 miles (66 kilometers) per second
Notes: The moon will set just after midnight, leaving dark skies for what should be a good show. Some meteors may be visible for a few days before and after May 6 due to the broad peak of this shower. Most of the activity is seen in the Southern Hemisphere.

Orionids
Comet of Origin: 1P/Halley
Radiant: Just to the north of constellation Orion's bright star Betelgeuse
Active: Oct. 2-Nov. 7, 2014
Peak Activity: Oct. 21-22, 2014
Peak Activity Meteor Count: 20 meteors per hour
Meteor Velocity: 41 miles (66 kilometers) per second
Notes: With no moon to interfere with the dark skies, 2014 promised to be a favorable year for viewing the meteor shower. The Orionids, formed from the debris of Halley's comet, are known for being bright and quick meteors.

Geminids
Comet of Origin: 3200 Phaethon
Radiant: constellation Gemini
Active: Dec. 4-17, 2013
Peak Activity: Dec. 13-14, 2014
Peak Activity Meteor Count: 120 meteors per hour
Meteor Velocity: 22 miles (35 kilometers) per second
Notes: The Geminids are typically one of the best and most reliable of the annual meteor showers. This shower is considered one of the best opportunities for younger viewers who don't stay up late, because it gets going around 9 or 10 p.m. local time. This year, the last quarter moon will rise around midnight, making the prime time for viewing the first half of the night.