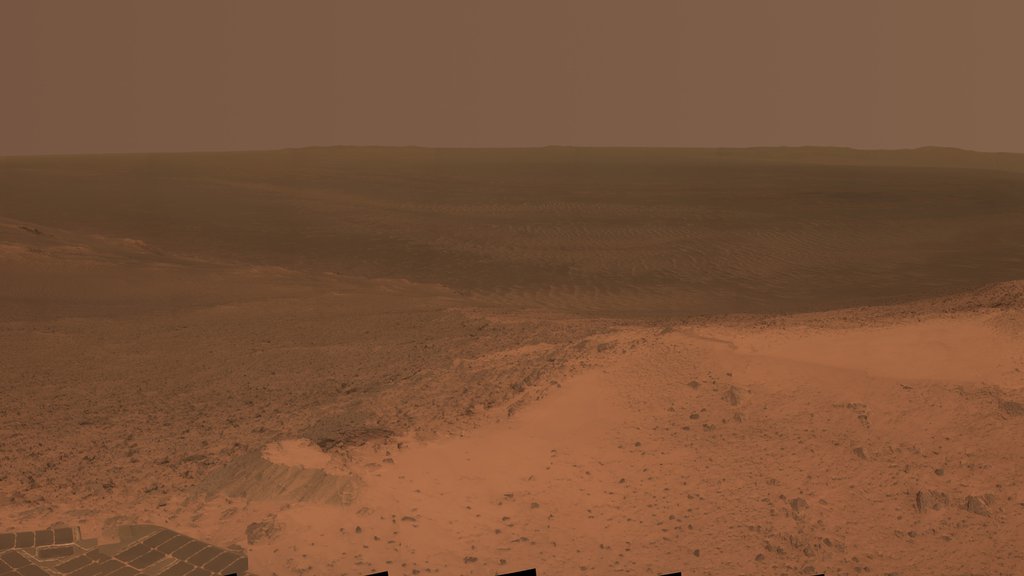 This panorama is the view NASA's Mars Exploration Rover Opportunity gained from the top of the "Cape Tribulation" segment of the rim of Endeavour Crater.› Full image and caption
Credit: NASA/JPL-Caltech/Cornell Univ./Arizona State Univ. 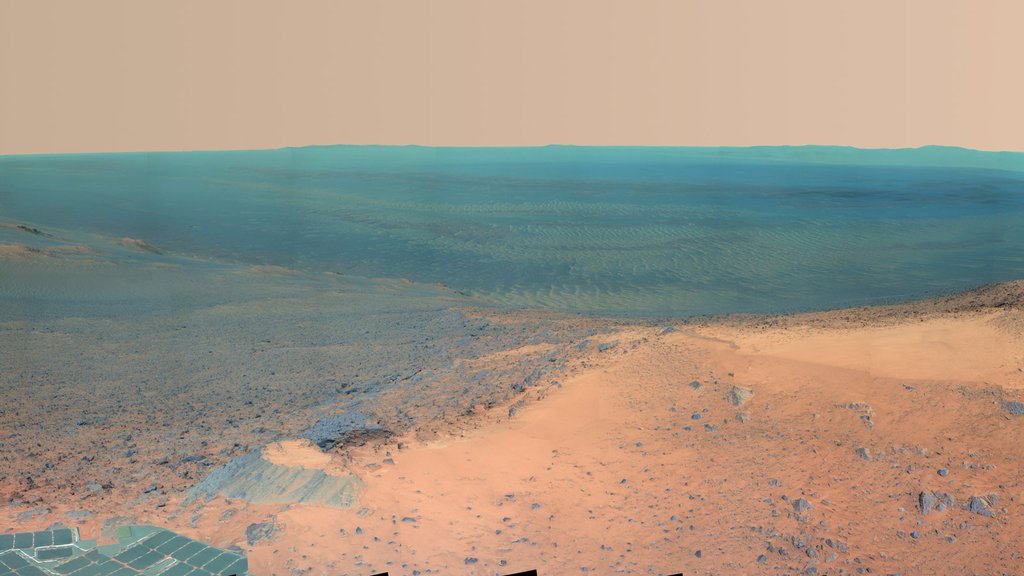 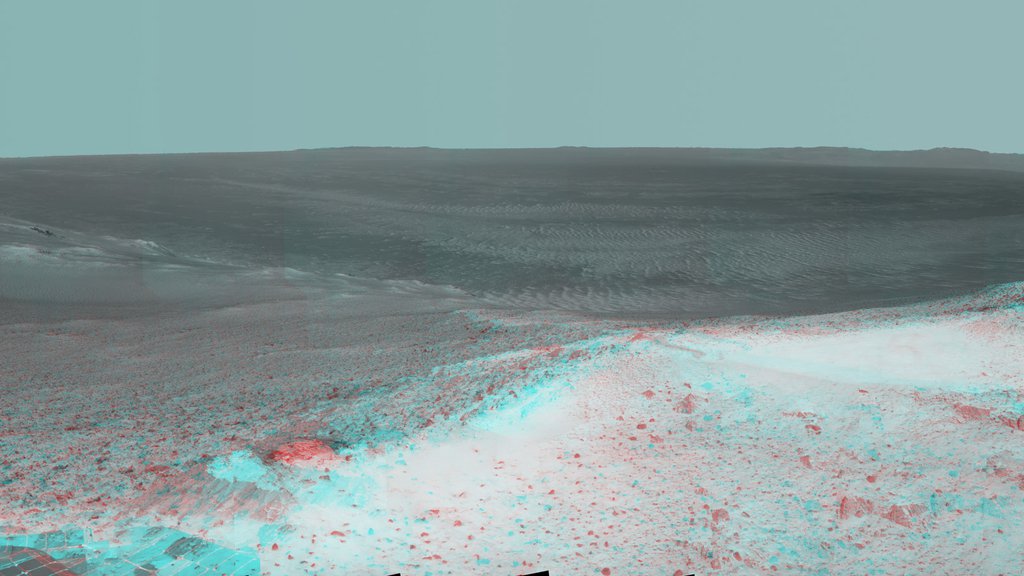 NASA's Mars Exploration Rover Opportunity gained this stereo vista from the top of a raised segment of the rim of Endeavour Crater during the month of the 11th anniversary of its 2004 landing on Mars.› Full image and caption
Credit: NASA/JPL-Caltech/Cornell Univ./Arizona State Univ.

The view is from the top of "Cape Tribulation," a raised section of the rim of Endeavour Crater. The panorama spans the interior of the 14-mile-wide (22-kilometer-wide) crater and extends to the rim of another crater on the horizon.

Opportunity has driven 25.9 miles (41.7 kilometers) since it landed in the Meridiani Planum region of Mars on Jan. 25, 2004 (Universal Time, which was Jan. 24, PST). That is farther than any other off-Earth surface vehicle has driven. The rover's work on Mars was initially planned for three months. During that prime mission and for more than a decade of bonus performance in extended missions, Opportunity has returned compelling evidence about wet environments on ancient Mars.

Opportunity has been exploring Endeavour's western rim since 2011. From a low segment of the rim that it crossed in mid-2013, called "Botany Bay," it climbed about 440 feet (about 135 meters) in elevation to reach the top of Cape Tribulation. That's about 80 percent the height of the Washington Monument.

The U.S. flag is printed on the aluminum cable guard of the rover's rock abrasion tool, which is used for grinding away weathered rock surfaces to expose fresh interior material for examination. The flag is intended as a memorial to victims of the Sept. 11, 2001, attacks on the World Trade Center in New York. The aluminum was recovered from the site of the Twin Towers in the weeks following the attacks. Workers at Honeybee Robotics in lower Manhattan, less than a mile from World Trade Center, were making the rock abrasion tool for Opportunity and NASA's twin Mars Exploration Rover, Spirit, in September 2001.

NASA's Jet Propulsion Laboratory, a division of the California Institute of Technology in Pasadena, manages the Mars Exploration Rover Project for NASA's Science Mission Directorate in Washington. For more information about Opportunity and Spirit, visit: