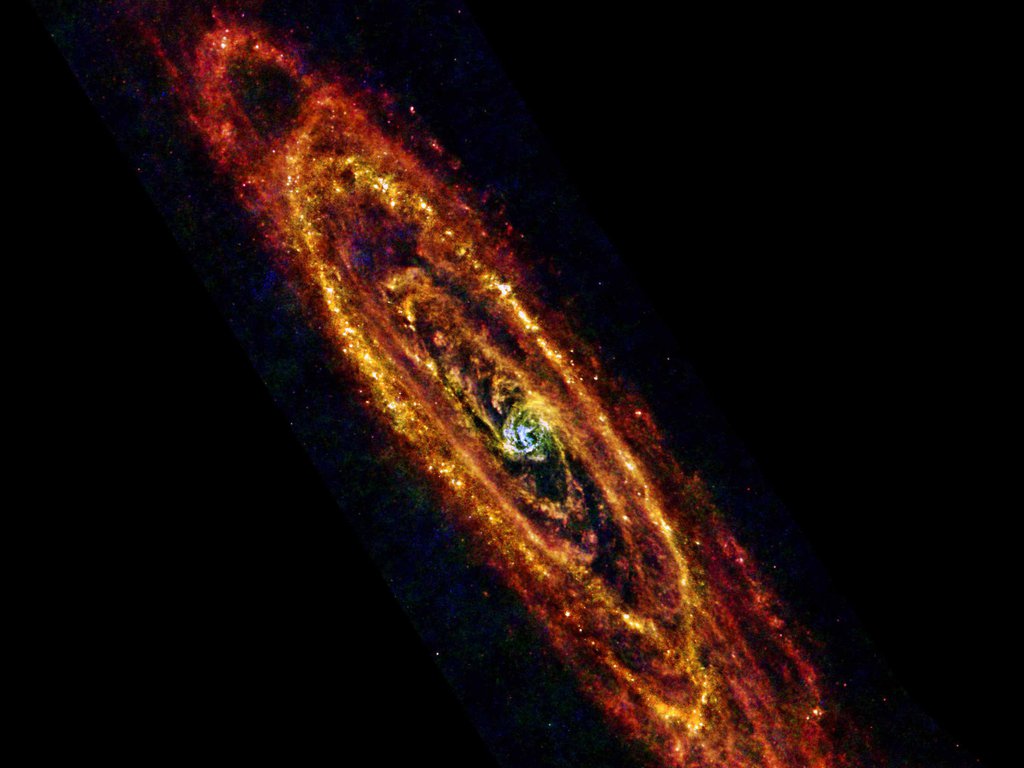 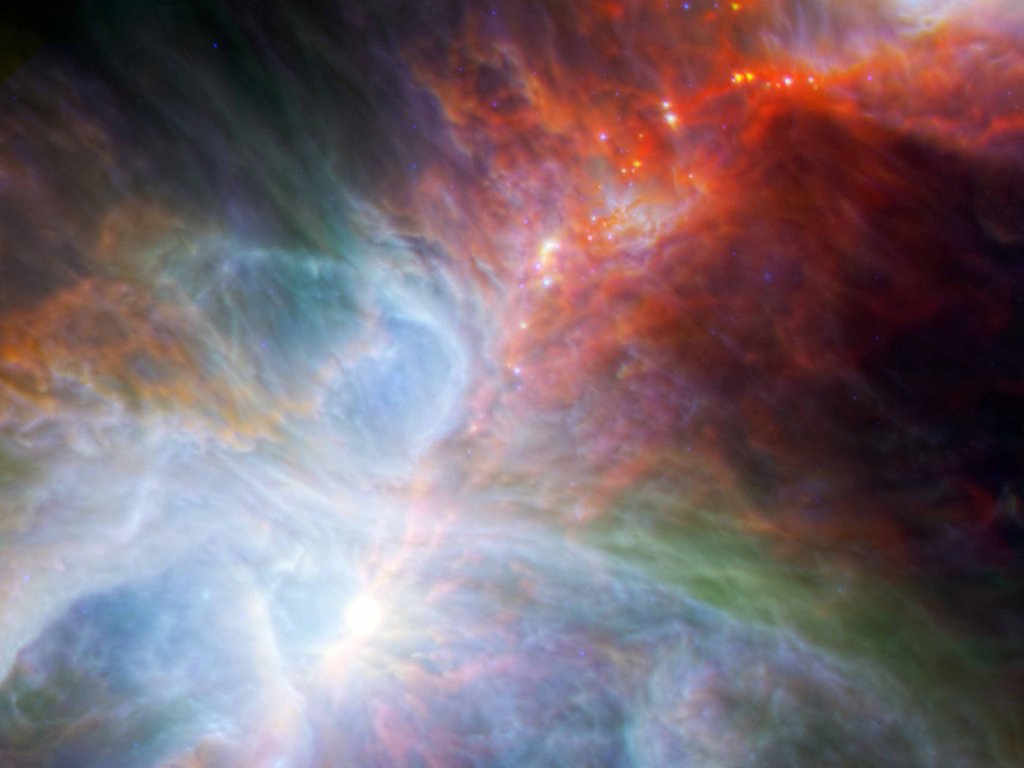 This view of the Orion nebula, taken by the Herschel and Spitzer space telescopes, highlights fledgling stars hidden in the gas and dust clouds.› Full image and caption
Credit: NASA/ESA/JPL-Caltech/IRAM 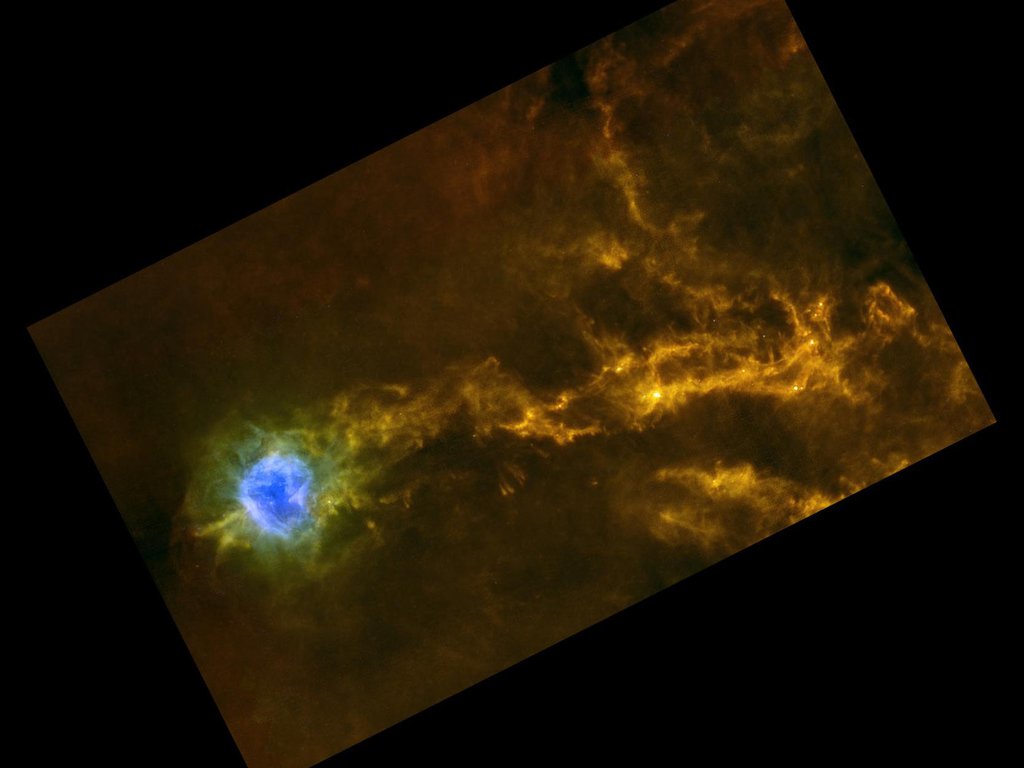 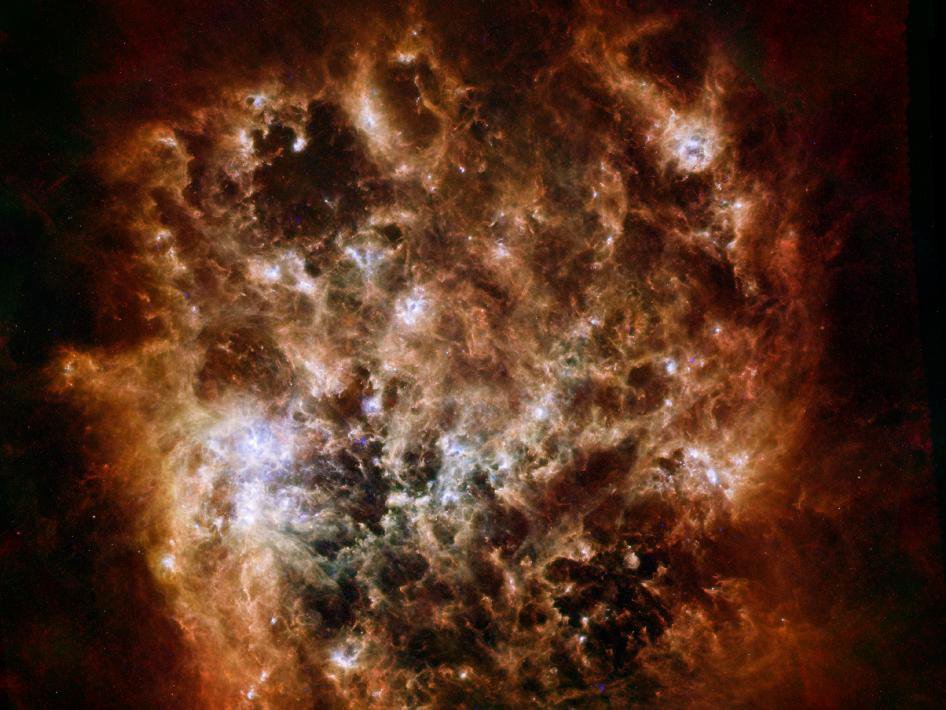 The Large Magellanic Cloud galaxy is captured in this stunning infrared view from Herschel and NASA's Spitzer Space Telescope. › Full image and caption 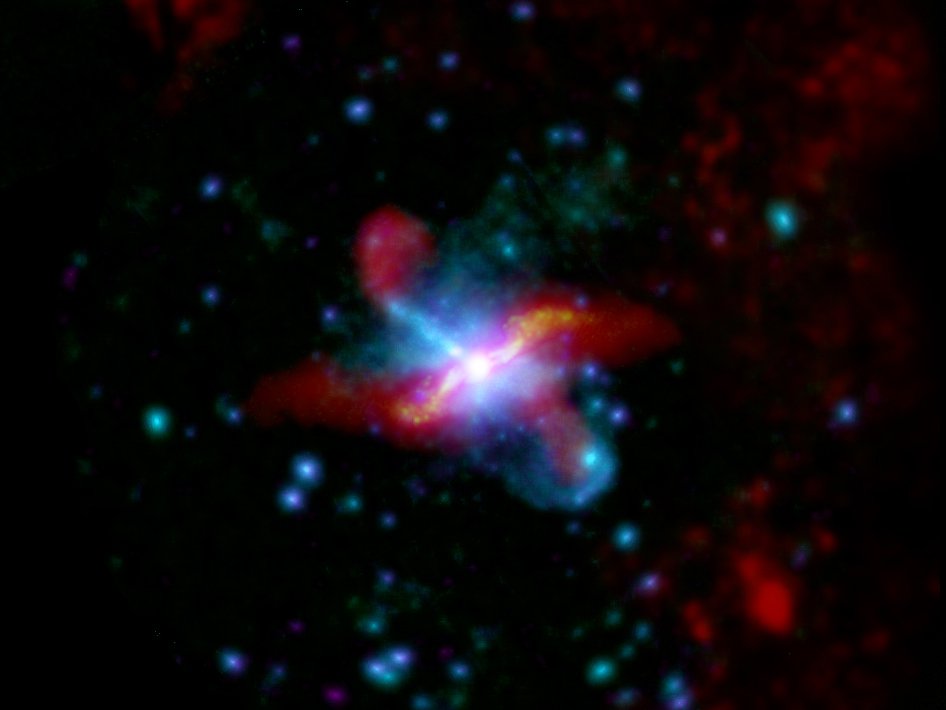 The Herschel observatory, which NASA helped build instruments and process data, has stopped making observations after running out of liquid coolant as expected.

PASADENA, Calif. -- The Herschel observatory, a European space telescope for which NASA helped build instruments and process data, has stopped making observations after running out of liquid coolant as expected.

The European Space Agency mission, launched almost four years ago, revealed the universe's "coolest" secrets by observing the frigid side of planet, star and galaxy formation.

"Herschel gave us the opportunity to peer into the dark and cold regions of the universe that are invisible to other telescopes," said John Grunsfeld, associate administrator for NASA's Science Mission Directorate at NASA headquarters in Washington. "This successful mission demonstrates how NASA and ESA can work together to tackle unsolved mysteries in astronomy."

Confirmation the helium is exhausted came today, at the beginning of the spacecraft's daily communication session with its ground station in Western Australia. A clear rise in temperatures was measured in all of Herschel's instruments.

Herschel's detectors were designed to pick up the glow from celestial objects with infrared wavelengths as long as 625 micrometers, which is 1,000 times longer than what we can see with our eyes. Because heat interferes with these devices, they were chilled to temperatures as low as 2 kelvins (minus 271 degrees Celsius, or 456 Fahrenheit) using liquid helium. The detectors also were kept cold by the spacecraft's orbit, which is around a stable point called the second Lagrange point about 930,000 miles (1.5 million kilometers) from Earth. This location gave Herschel a better view of the universe.

"Herschel has improved our understanding of how new stars and planets form, but has also raised many new questions," said Paul Goldsmith, NASA Herschel project scientist at JPL. "Astronomers will be following up on Herschel's discoveries with ground-based and future space-based observatories for years to come."

The mission will not be making any more observations, but discoveries will continue. Astronomers still are looking over the data, much of which already is public and available through NASA's Herschel Science Center. The final batch of data will be public in about six months.

"Our goal is to help the U.S. community exploit the nuggets of gold that lie in that data archive," said Phil Appleton, project scientist at the science center.

Highlights of the mission include:

-- Discovering long, filamentary structures in space, dotted with dense star-making knots of material.
-- Detecting definitively, for the first time, oxygen molecules in space, in addition to other never-before-seen molecules. By mapping the molecules in different regions, researchers are learning more about the life cycles of stars and planets and the origins of life.
-- Discovering high-speed outflows around central black holes in active galaxies, which may be clearing out surrounding regions and suppressing future star formation.
-- Opening new views on extremely distant galaxies that could be seen only with Herschel, and providing new information about their high rates of star formation.
-- Following the trail of water molecules from distant galaxies to the clouds of gas between stars to planet-forming solar systems.
-- Examining a comet in our own solar system and finding evidence comets could have brought a substantial fraction of water to Earth.
-- Together with NASA's Spitzer Space Telescope, discovering a large asteroid belt around the bright star Vega.

Other findings from the mission include the discovery of some of the youngest stars ever seen in the nearby Orion "cradle," and a peculiar planet-forming disk of material surrounding the star TW Hydra, indicating planet formation may happen over longer periods of time than expected. Herschel also has shown stars interact with their environment in many surprising ways, including leaving trails as they move through clouds of gas and dust. More information is online at http://www.herschel.caltech.edu , http://www.nasa.gov/herschel and http://www.esa.int/SPECIALS/Herschel .