NASA’s Curiosity Mars rover captured these clouds just after sunset on March 19, 2021, the 3,063rd Martian day, or sol, of the rover’s mission. The image is made up of 21 individual images stitched together and color corrected so that the scene appears as it would to the human eye. The clouds are drifting over “Mont Mercou,” a cliff face that Curiosity studied.

By identifying clouds in data collected by NASA’s Mars Reconnaissance Orbiter, the public can increase scientists’ understanding of the Red Planet’s atmosphere.

NASA scientists hope to solve a fundamental mystery about Mars’ atmosphere, and you can help. They’ve organized a project called Cloudspotting on Mars that invites the public to identify Martian clouds using the citizen science platform Zooniverse. The information may help researchers figure out why the planet’s atmosphere is just 1% as dense as Earth’s even though ample evidence suggests the planet used to have a much thicker atmosphere.

The air pressure is so low that liquid water simply vaporizes from the planet’s surface into the atmosphere. But billions of years ago, lakes and rivers covered Mars, suggesting the atmosphere must have been thicker then.

How did Mars lose its atmosphere over time? One theory suggests different mechanisms could be lofting water high into the atmosphere, where solar radiation breaks those water molecules down into hydrogen and oxygen (water is made of two hydrogen atoms and one oxygen atom). Hydrogen is light enough that it could then drift off into space. 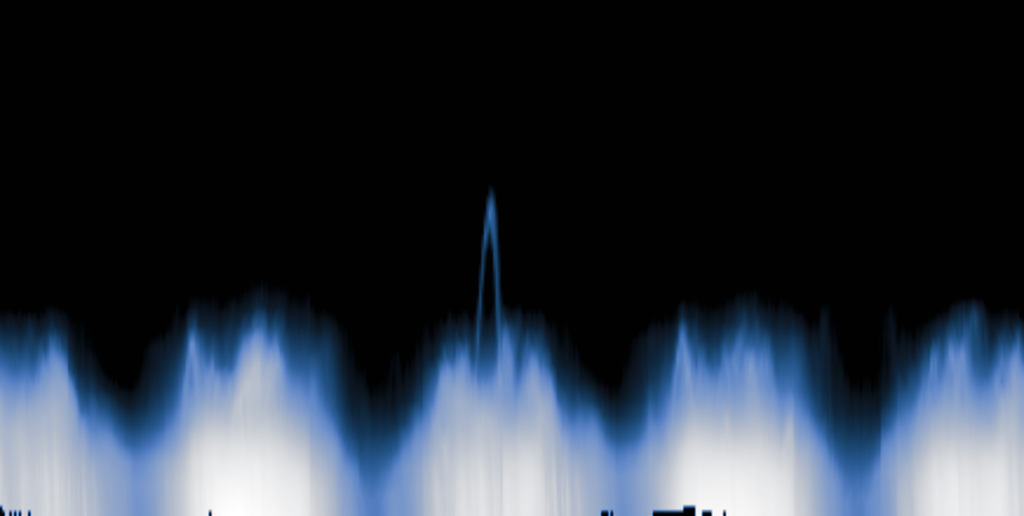 Cloudspotting on Mars asks members of the public to look for arches such as this one in data collected by NASA’s Mars Reconnaissance Orbiter.

Like Earth, Mars has clouds made of water ice. But unlike Earth, it also has clouds made of carbon dioxide (think: dry ice), which form when it gets cold enough for the Martian atmosphere to freeze locally. By understanding where and how these clouds appear, scientists hope to better understand the structure of Mars’ middle atmosphere, which is about 30 to 50 miles (50 to 80 kilometers) in altitude.

“We want to learn what triggers the formation of clouds – especially water ice clouds, which could teach us how high water vapor gets in the atmosphere – and during which seasons,” said Marek Slipski, a postdoctoral researcher at NASA’s Jet Propulsion Laboratory in Southern California.

That’s where Cloudspotting on Mars comes in. The project revolves around a 16-year record of data from the agency’s Mars Reconnaissance Orbiter (MRO), which has been studying the Red Planet since 2006. The spacecraft’s Mars Climate Sounder instrument studies the atmosphere in infrared light, which is invisible to the human eye. In measurements taken by the instrument as MRO orbits Mars, clouds appear as arches. The team needs help sifting through that data on Zooniverse, marking the arches so that the scientists can more efficiently study where in the atmosphere they occur.

“We now have over 16 years of data for us to search through, which is very valuable – it lets us see how temperatures and clouds change over different seasons and from year to year,” said Armin Kleinboehl, Mars Climate Sounder’s deputy principal investigator at JPL. “But it’s a lot of data for a small team to look through.”

While scientists have experimented with algorithms to identify the arches in Mars Climate Sounder data, it’s much easier for humans to spot them by eye. But Kleinboehl said the Cloudspotting project may also help train better algorithms that could do this work in the future. In addition, the project includes occasional webinars in which participants can hear from scientists about how the data will be used.

Cloudspotting on Mars is the first planetary science project to be funded by NASA’s Citizen Science Seed Funding program. The project is conducted in collaboration with the International Institute for Astronautical Sciences. For more NASA citizen science opportunities, go to science.nasa.gov/citizenscience.

JPL, a division of Caltech in Pasadena, California, leads the Mars Reconnaissance Orbiter mission – as well as the Mars Climate Sounder instrument – for NASA's Science Mission Directorate in Washington.