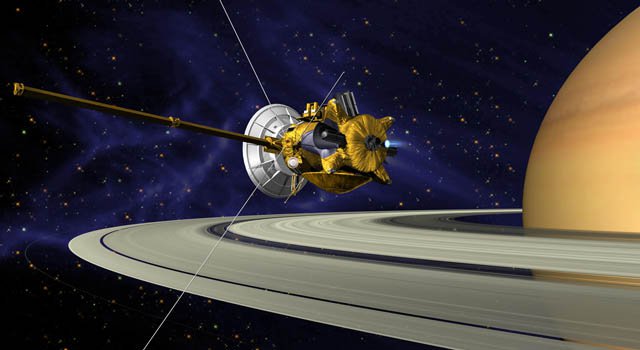 Turning a midsummer night's dream into reality, NASA's Cassini spacecraft begins its new mission extension -- the Cassini Solstice Mission -- today. The mission extension will take Cassini a few months past Saturn's northern summer solstice (or midsummer) through September 2017. It will enable scientists to study seasonal changes and other long-term weather changes on Saturn and its moons.

Cassini had arrived just after Saturn's northern winter solstice in 2004, and the extension continues a few months past the northern summer solstice in May 2017. A complete seasonal period on Saturn has never been studied at this level of detail.

Cassini has revealed a bounty of scientific discoveries since its launch in 1997, including previously unknown characteristics of the Earth-like world of Saturn's moon Titan, and the plume of water vapor and organic particles spewing from another moon, Enceladus.

The Cassini Solstice Mission will enable continued study of these intriguing worlds. It will also allow scientists to continue observations of Saturn's rings and the magnetic bubble around the planet, known as the magnetosphere. Near the end of the mission, the spacecraft will make repeated dives between Saturn and its rings to obtain in-depth knowledge of the gas giant. During these dives, the spacecraft will study the internal structure of Saturn, its magnetic fluctuations and ring mass.

Cassini entered orbit around Saturn in 2004. Mission managers had originally planned for a four-year tour of the Saturnian system. In 2008, Cassini received a mission extension through September 2010 to probe the planet and its moons through equinox, when the sun was directly over the equator. Equinox, which occurred in August 2009, marked the turn from southern fall to northern spring. The second mission extension, called the Cassini Solstice Mission, was announced earlier this year.

"After nearly seven years in transit and six years in Saturn orbit, this spacecraft still just hums along," said Bob Mitchell, Cassini program manager at NASA's Jet Propulsion Laboratory, Pasadena, Calif. "With seven more years to go, the science should be just as exciting as what we've seen so far."