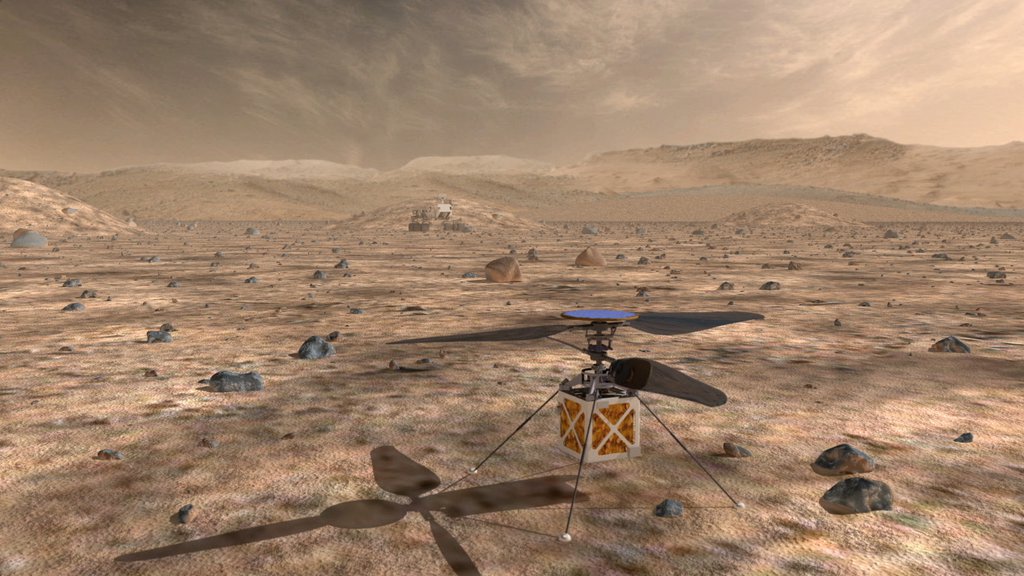 A proposed helicopter could triple the distances that Mars rovers can drive in a Martian day and help pinpoint interesting targets for study. › Play video

A proposed helicopter could triple the distances that Mars rovers can drive in a Martian day and help pinpoint interesting targets for study.

Getting around on Mars is tricky business. Each NASA rover has delivered a wealth of information about the history and composition of the Red Planet, but a rover's vision is limited by the view of onboard cameras, and images from spacecraft orbiting Mars are the only other clues to where to drive it. To have a better sense of where to go and what's worth studying on Mars, it could be useful to have a low-flying scout.

Enter the Mars Helicopter, a proposed add-on to Mars rovers of the future that could potentially triple the distance these vehicles currently drive in a Martian day, and deliver a new level of visual information for choosing which sites to explore.

The helicopter would fly ahead of the rover almost every day, checking out various possible points of interest and helping engineers back on Earth plan the best driving route.

The vehicle is envisioned to weigh 2.2 pounds (1 kilogram) and measure 3.6 feet (1.1 meters) across from the tip of one blade to the other. The prototype body looks like a medium-size cubic tissue box.

The current design is a proof-of-concept technology demonstration that has been tested at NASA's Jet Propulsion Laboratory, Pasadena, California.