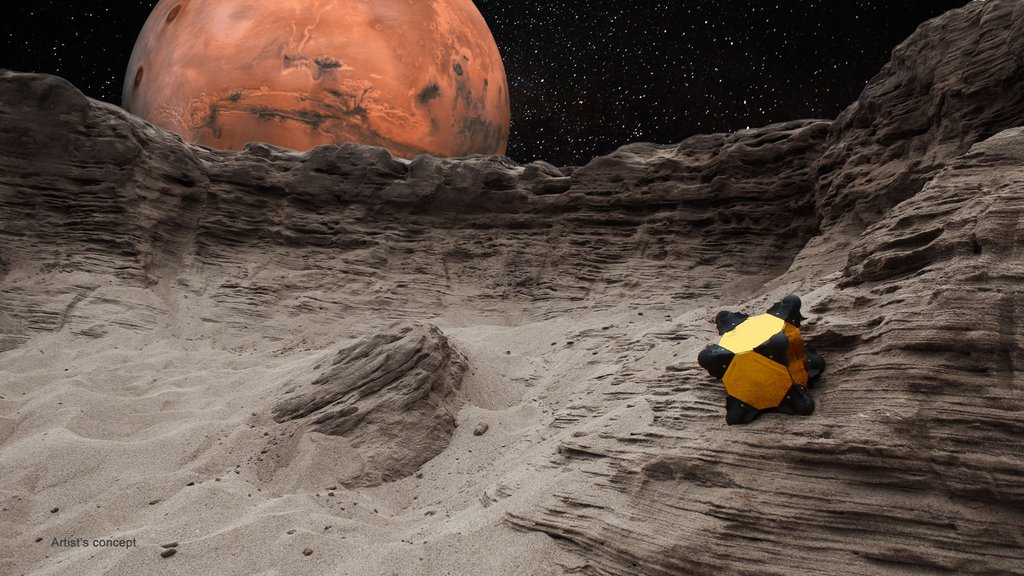 While a Mars rover can't operate upside down, the Hedgehog robot can function regardless of which side lands up.
Credit: NASA/JPL-Caltech/Stanford 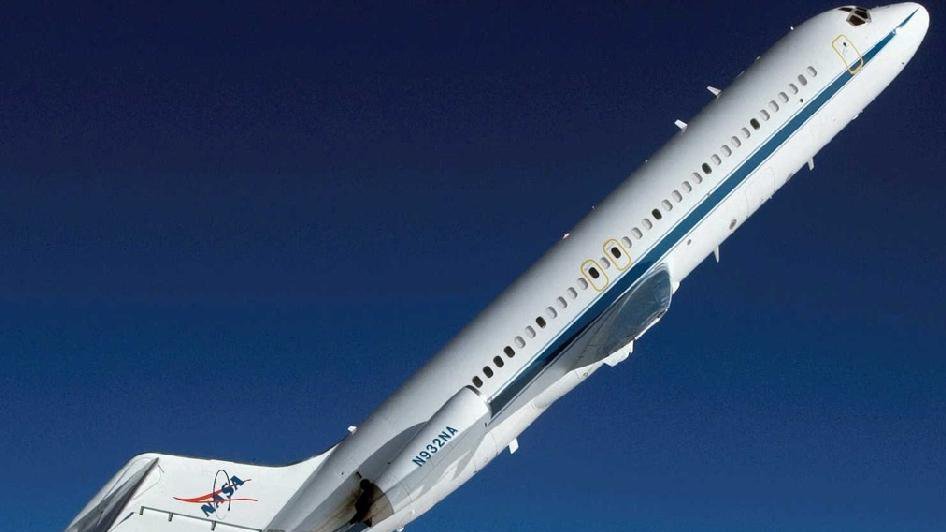 The Hedgehog robot, designed to explore the surfaces of comets and asteroids, can perform a "tornado" maneuver to spin and launch itself from the surface.
Credit: NASA/JPL-Caltech/Stanford 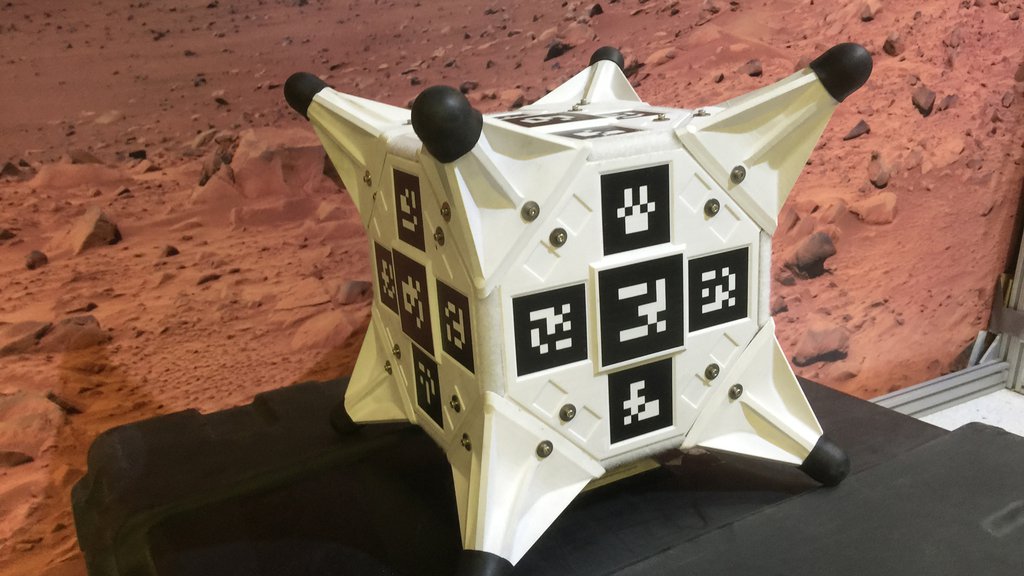 Hedgehog gets around by spinning and stopping three internal flywheels using motors and brakes.
Credit: NASA/JPL-Caltech/Stanford

Hedgehog is a new concept for a robot that is specifically designed to overcome the challenges of traversing small solar system bodies.

Hopping, tumbling and flipping over are not typical maneuvers you would expect from a spacecraft exploring other worlds. Traditional Mars rovers, for example, roll around on wheels, and they can't operate upside-down. But on a small body, such as an asteroid or a comet, the low-gravity conditions and rough surfaces make traditional driving all the more hazardous.

Enter Hedgehog: a new concept for a robot that is specifically designed to overcome the challenges of traversing small bodies. The project is being jointly developed by researchers at NASA's Jet Propulsion Laboratory in Pasadena, California; Stanford University in Stanford, California; and the Massachusetts Institute of Technology in Cambridge.

"Hedgehog is a different kind of robot that would hop and tumble on the surface instead of rolling on wheels. It is shaped like a cube and can operate no matter which side it lands on," said Issa Nesnas, leader of the JPL team.

The basic concept is a cube with spikes that moves by spinning and braking internal flywheels. The spikes protect the robot's body from the terrain and act as feet while hopping and tumbling.

"The spikes could also house instruments such as thermal probes to take the temperature of the surface as the robot tumbles," Nesnas said.

Two Hedgehog prototypes -- one from Stanford and one from JPL -- were tested aboard NASA's C-9 aircraft for microgravity research in June 2015. During 180 parabolas, over the course of four flights, these robots demonstrated several types of maneuvers that would be useful for getting around on small bodies with reduced gravity. Researchers tested these maneuvers on different materials that mimic a wide range of surfaces: sandy, rough and rocky, slippery and icy, and soft and crumbly.

"We demonstrated for the first time our Hedgehog prototypes performing controlled hopping and tumbling in comet-like environments," said Robert Reid, lead engineer on the project at JPL.

Hedgehog's simplest maneuver is a "yaw," or a turn in place. After pointing itself in the right direction, Hedgehog can either hop long distances using one or two spikes or tumble short distances by rotating from one face to another. Hedgehog typically takes large hops toward a target of interest, followed by smaller tumbles as it gets closer.

During one of the experiments on the parabolic flights, the researchers confirmed that Hedgehog can also perform a "tornado" maneuver, in which the robot aggressively spins to launch itself from the surface. This maneuver could be used to escape from a sandy sinkhole or other situations in which the robot would otherwise be stuck.

The JPL Hedgehog prototype has eight spikes and three flywheels. It weighs about 11 pounds (5 kilograms) by itself, but the researchers envision that it could weigh more than 20 pounds (9 kilograms) with instruments such as cameras and spectrometers. The Stanford prototype is slightly smaller and lighter, and it has shorter spikes.

"By controlling how you brake the flywheels, you can adjust Hedgehog's hopping angle. The idea was to test the two braking systems and understand their advantages and disadvantages," said Marco Pavone, leader of the Stanford team, who originally proposed Hedgehog with Nesnas in 2011.

"The geometry of the Hedgehog spikes has a great influence on its hopping trajectory. We have experimented with several spike configurations and found that a cube shape provides the best hopping performance. The cube structure is also easier to manufacture and package within a spacecraft," said Benjamin Hockman, lead engineer on the project at Stanford.

The researchers are currently working on Hedgehog's autonomy, trying to increase how much the robots can do by themselves without instructions from Earth. Their idea is that an orbiting mothership would relay signals to and from the robot, similar to how NASA's Mars rovers Curiosity and Opportunity communicate via satellites orbiting Mars. The mothership would also help the robots navigate and determine their positions.

The construction of a Hedgehog robot is relatively low-cost compared to a traditional rover, and several could be packaged together for flight, the researchers say. The mothership could release many robots at once or in stages, letting them spread out to make discoveries on a world never traversed before.

Hedgehog is currently in Phase II development through the NASA Innovative Advanced Concepts (NIAC) Program, and is led by Pavone. The flight development and testing were supported by NASA's Center Innovation Fund (CIF) and NASA's Flight Opportunities Program (FOP), which were led by Nesnas. NIAC, CIF and FOP are programs in NASA's Space Technology Mission Directorate, located at the agency's headquarters in Washington. JPL is managed by the California Institute of Technology for NASA. Stanford University, MIT and JPL collaborate on the project.