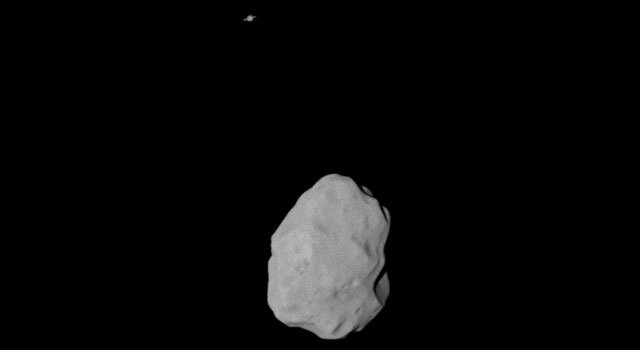 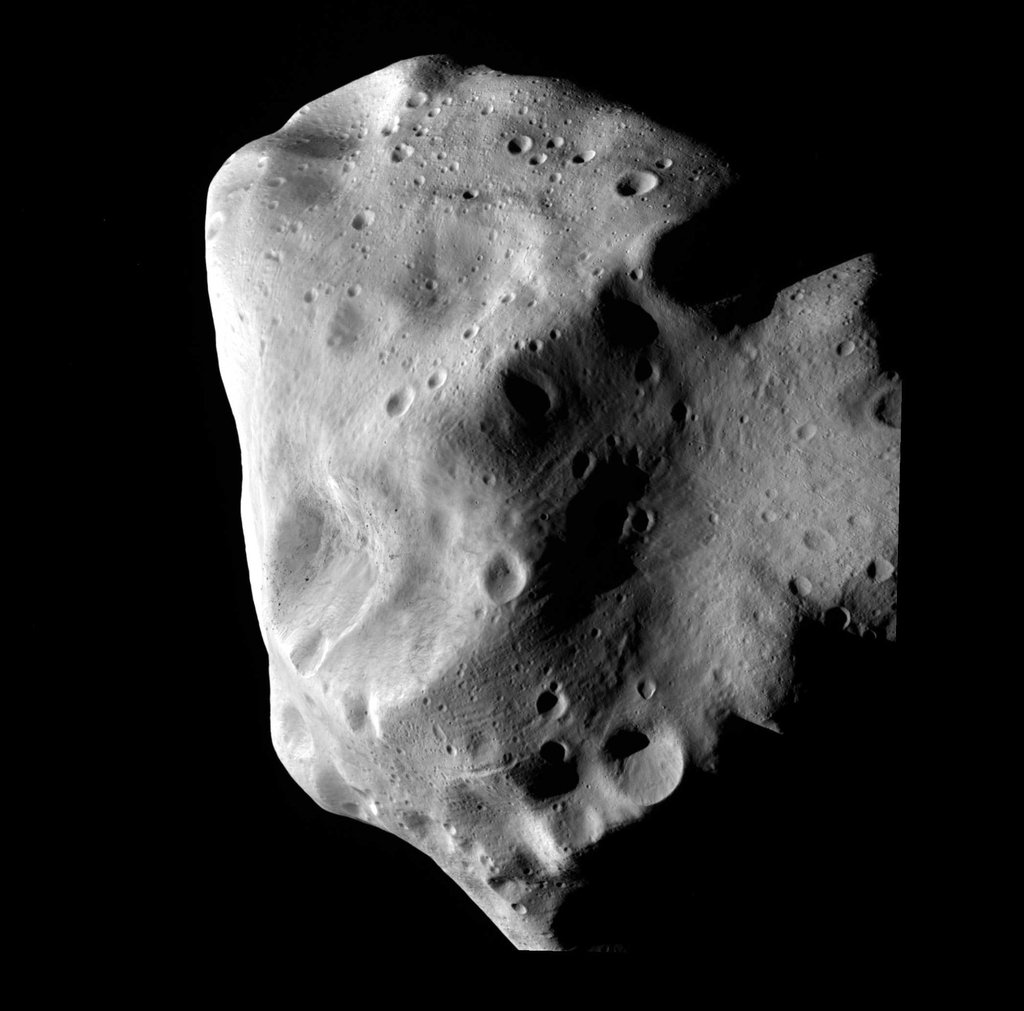 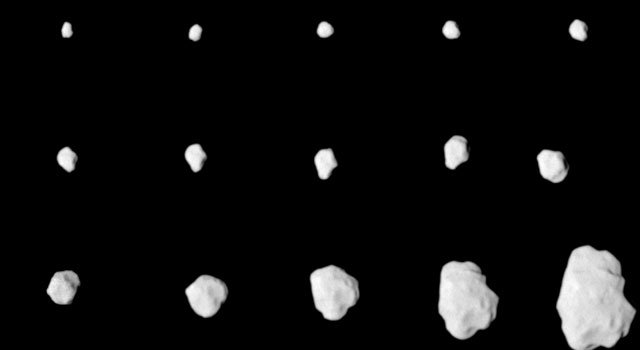 Individual images show the approach to asteroid Lutetia by the European Space Agency's Rosetta spacecraft. The images were acquired on July 10, 2010, with the largest view taken as Rosetta came within 80,000 kilometers (50,000 miles) of the asteroid on its way to closest approach.› More images
Credit: ESA 2010 MPS for OSIRIS Team MPS/UPD/LAM/IAA/RSSD/INTA/UPM/DASP/IDA

The European Space Agency's Rosetta spacecraft, with NASA instruments aboard, did a close flyby of asteroid Lutetia on Saturday, July 10.

Update 7-10-2010: The European Space Agency's Rosetta spacecraft completed a close flyby of the asteroid Lutetia on Saturday, July 10. The estimated time of the flyby was 12:10 p.m. Eastern Time.

PASADENA, Calif. - On its way to a 2014 rendezvous with comet 67P/Churyumov-Gerasimenko, the European Space Agency's Rosetta spacecraft, with NASA instruments aboard, will fly past asteroid Lutetia this Saturday, July 10.

The instruments aboard Rosetta will record the first close-up image of a metal asteroid. They will also make measurements to help scientists derive the mass of the object, understand the properties of the asteroid's surface crust, record the solar wind in the vicinity and look for evidence of an atmosphere. The spacecraft will pass the asteroid at a minimum distance of 3,160 kilometers (1,950 miles) and at a velocity of 15 kilometers (9 miles) per second.

"Little is known about asteroid Lutetia other than it is about 100 kilometers (62 miles) wide," said Claudia Alexander, project scientist for the U.S. role in the Rosetta mission, from NASA's Jet Propulsion Laboratory in Pasadena, Calif. "Allowing Rosetta's suite of science instruments to focus on this target of opportunity should greatly expand our knowledge of this huge space rock, while at the same time giving the mission's science instruments a real out-of-this-world workout."

Previous images of Lutetia were taken by ground-based telescopes and show only hints of the asteroid's shape. Lutetia will be the second asteroid to receive the full attention of Rosetta and its instruments. The spacecraft previously flew within 800 kilometers (500 miles) of asteroid Steins in September of 2008. The Lutetia flyby is the final scientific milestone for Rosetta before controllers put the spacecraft into hibernation early in 2011, only to wake up in early 2014 for approach to comet 67P/Churyumov-Gerasimenko.

NASA has contributed an ultraviolet instrument (Alice); a plasma instrument (the Ion and Electron Sensor); a microwave instrument (Microwave Instrument for the Rosetta Orbiter); and portions of the electronics package for the double focusing mass spectrometer of the Rosetta orbiter sensor for ion and neutral analysis (ROSINA), among other contributions to this international mission. NASA's Deep Space Network, managed by JPL, will be providing support for tracking and science operations.