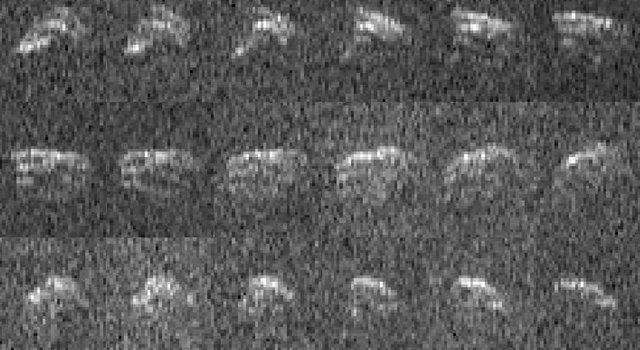 These radar images of asteroid 2013 ET were obtained when the asteroid was about 693,000 miles (1.1 million kilometers / 2.9 lunar distances) from Earth.
Credit: NASA/JPL-Caltech/GSSR

The radar imagery suggests the irregularly shaped object is at least 130 feet (40 meters) wide. The 18 radar images were taken over a span of 1.3 hours. During that interval, the asteroid completed only a fraction of one rotation, suggesting that it rotates once every few hours.