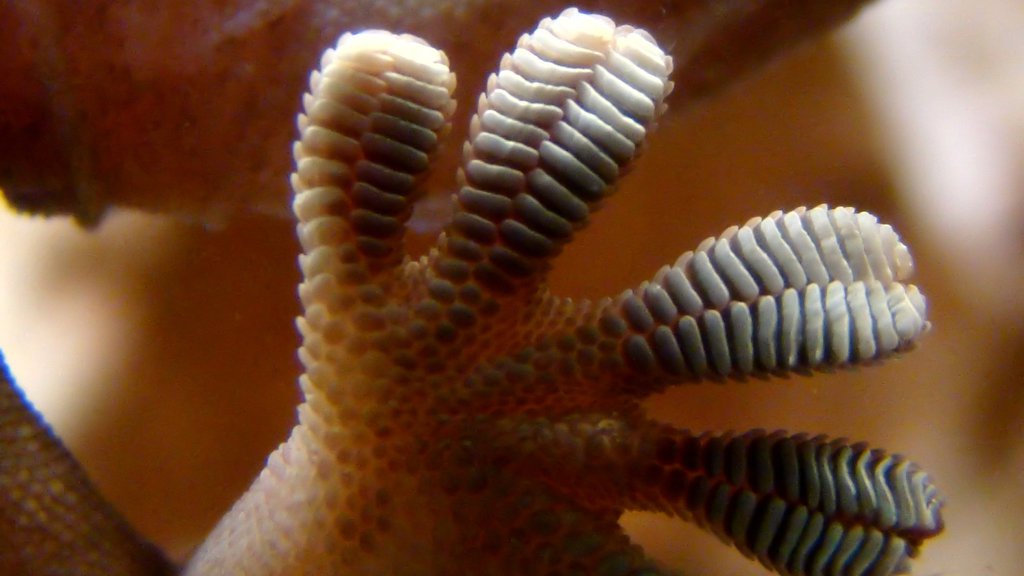 This is an image of a gecko foot. Researchers at NASA's Jet Propulsion Laboratory have developed a gripping system based on the way that gecko feet are able to stick to surfaces. Just as a gecko's foot has tiny adhesive hairs, the JPL devices have small structures that work in similar ways.
Credit: Wikimedia Commons