Fly Over Ceres in New Video 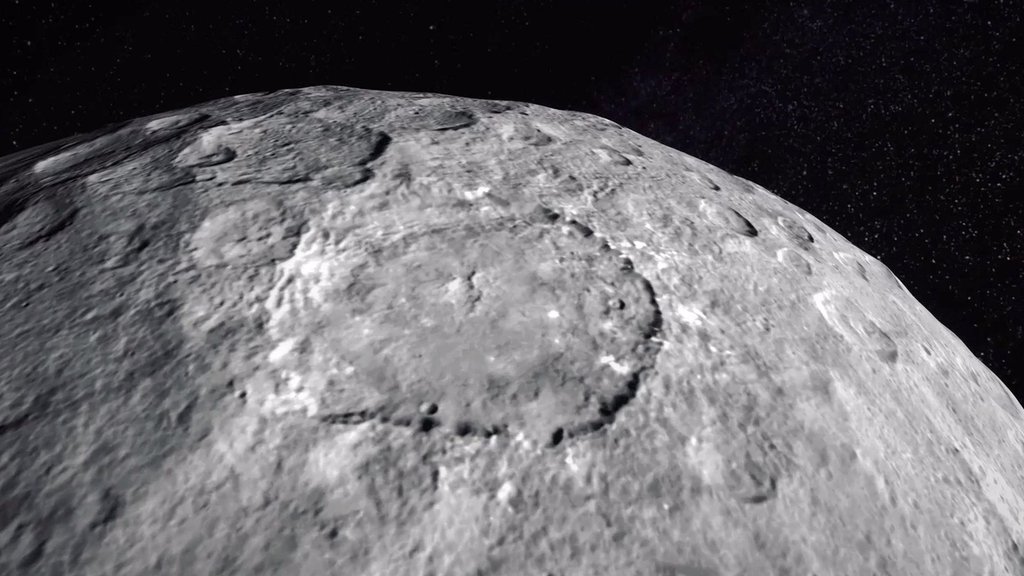 The video is based on observations of Ceres that were taken from Dawn's first mapping orbit, at an altitude of 8,400 miles (13,600 kilometers), as well as the most recent navigational images taken from 3,200 miles (5,100 kilometers).

Data from 80 images are combined into the video. Analysis of overlapping images provided three-dimensional detail. The vertical dimension is exaggerated by a factor of two in the video.

"We used a three-dimensional terrain model that we had produced based on the images acquired so far," said Dawn team member Ralf Jaumann of the German Aerospace Center (DLR), in Berlin. "They will become increasingly detailed as the mission progresses -- with each additional orbit bringing us closer to the surface."

Dawn entered its second mapping orbit on June 3. It will spend the rest of the month observing the dwarf planet from 2,700 miles (4,400 kilometers) above its surface. The spacecraft will conduct intensive observations of Ceres, completing orbits of about three days each.

Earlier this year, Dawn made history as the first mission to visit a dwarf planet, and the first to orbit two distinct extraterrestrial targets. It studied Vesta, a protoplanet in the main asteroid belt, for 14 months in 2011 and 2012, and arrived at Ceres on March 6, 2015.