Five Years Ago and 154 Million Miles Away: Touchdown! 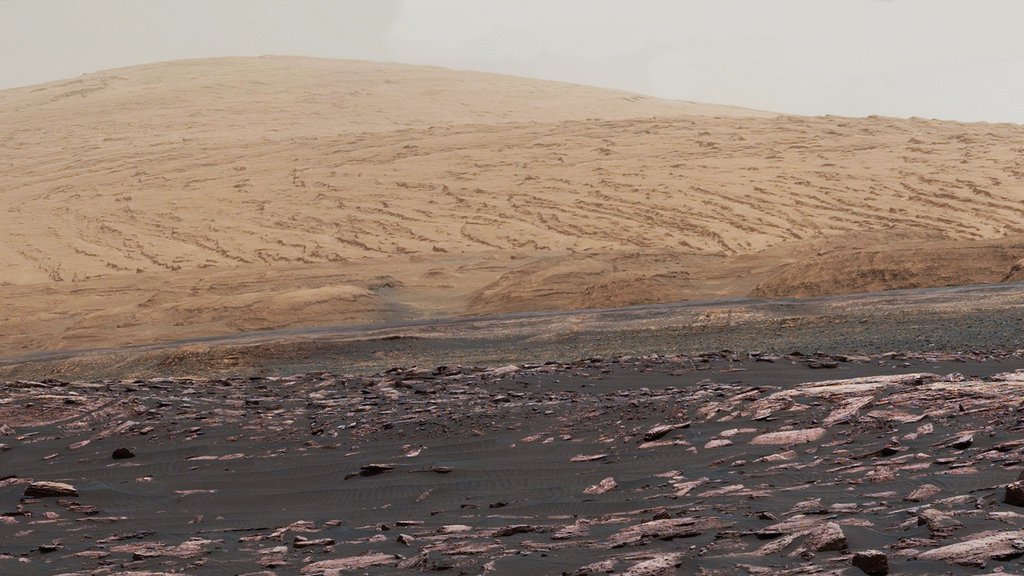 Five years since it landed near Mount Sharp on Mars in August 2017 and nearly three years since reaching the base of the mountain, NASA's Curiosity Mars rover is climbing toward multiple layers of Mount Sharp visible in this view from the rover's Mast Camera.› Full image and caption
Credit: NASA/JPL-Caltech/MSSS

On Aug. 5, 2012, the mission team at NASA's Jet Propulsion Laboratory in Pasadena, California, exalted at radio confirmation and first images from Curiosity after the rover's touchdown using a new "sky crane" landing method. Transmissions at the speed of light took nearly 14 minutes to travel from Mars to Earth, which that day were about 154 million miles (248 million kilometers) apart.

Those first images included a view of Mount Sharp. The mission accomplished its main goal in less than a year, before reaching the mountain. It determined that an ancient lake environment on this part of Mars offered the conditions needed for life -- fresh water, other key chemical ingredients and an energy source.

On Mount Sharp since 2014, Curiosity has examined environments where both water and wind have left their marks. Having studied more than 600 vertical feet of rock with signs of lakes and later groundwater, Curiosity's international science team concluded that habitable conditions lasted for at least millions of years. With higher destinations ahead, Curiosity will continue exploring how this habitable world changed through time.

For more about the mission, visit: