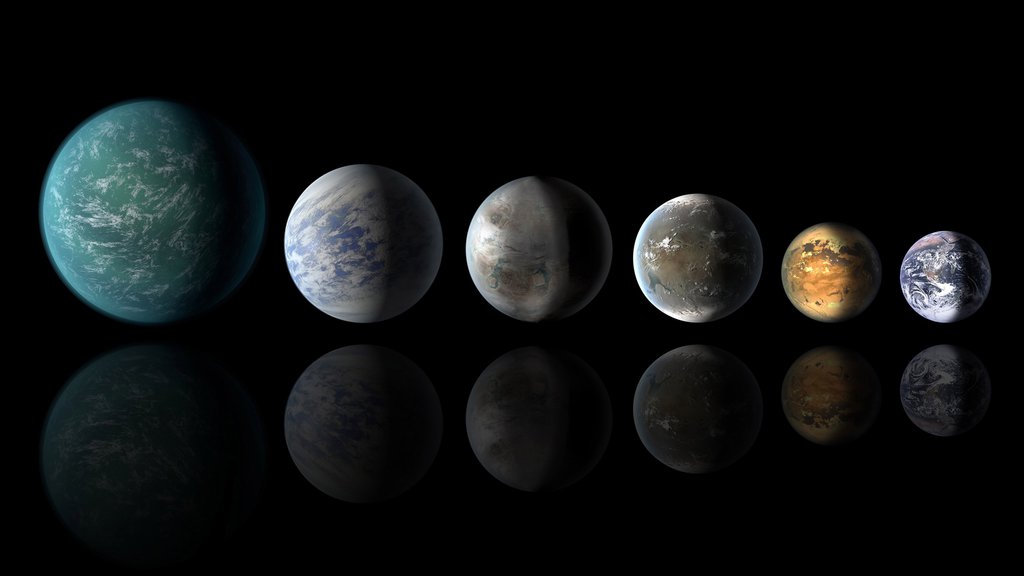 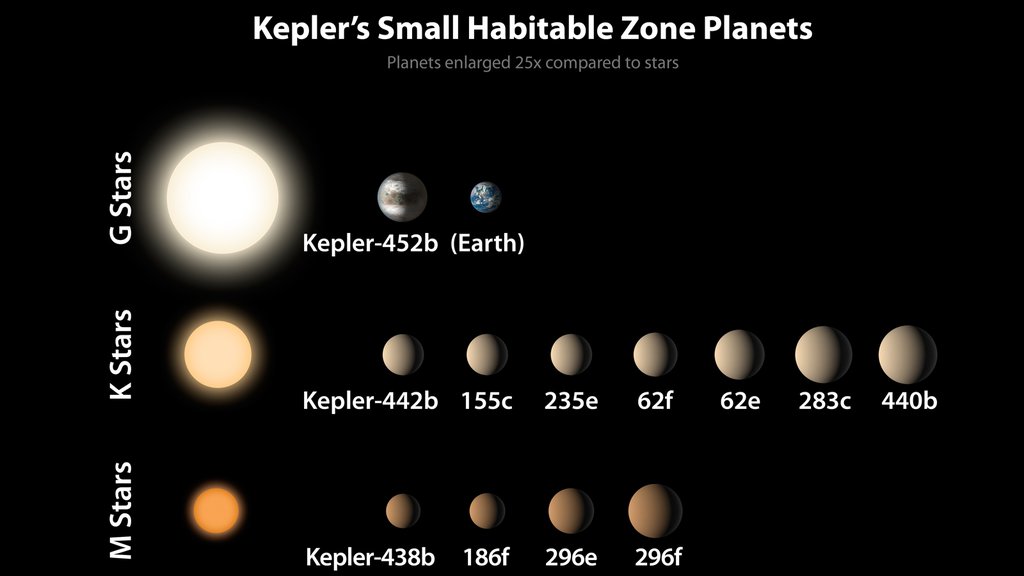 Of the 1,030 confirmed planets from Kepler, a dozen are less than twice the size of Earth and reside in the habitable zone of their host stars. In this diagram, the sizes of the exoplanets are represented by the size of each sphere.› Full image and caption
Credit: NASA/Ames/JPL-Caltech

Kepler's newest planetary find joins a pantheon of planets with similarities to Earth.