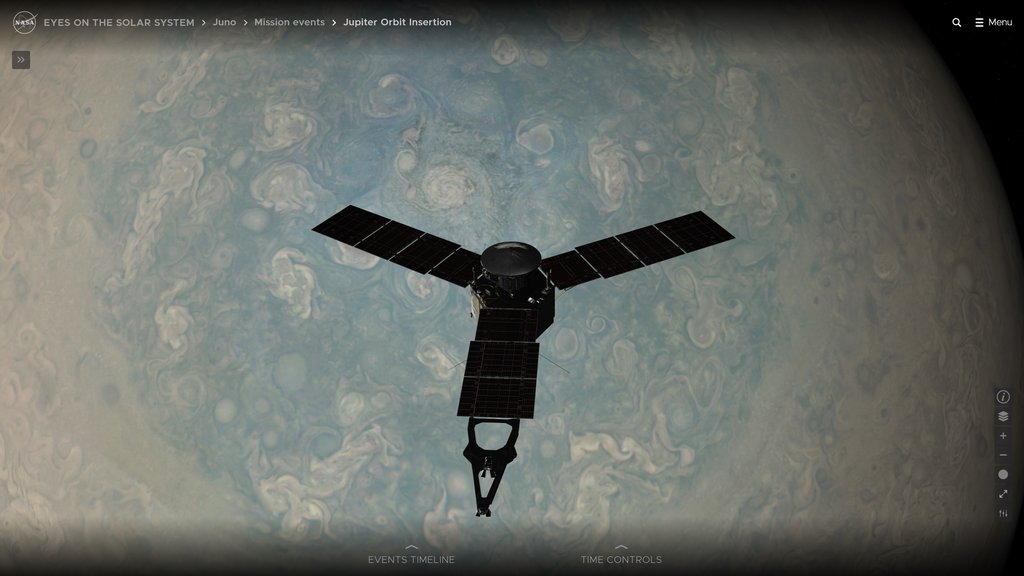 The agency’s newly upgraded “Eyes on the Solar System” visualization tool includes Artemis I’s trajectory along with a host of other new features.

NASA has revamped its “Eyes on the Solar System” 3D visualization tool, making interplanetary travel easier and more interactive than ever. More than two years in the making, the update delivers better controls, improved navigation, and a host of new opportunities to learn about our incredible corner of the cosmos – no spacesuit required. All you need is a device with an internet connection.

Anyone with an internet-enabled device browser can explore the past, present, and future of the solar system in 3D with NASA’s interactive Eyes on the Solar System. Click anywhere on the image to get a closer look at a 3D rendering of NASA’s Cassini spacecraft flying by Saturn’s moon Enceladus in 2015.

Learn the basics about dwarf planets or the finer points of gas giants, and ride alongside no fewer than 126 space missions past and present – including Perseverance during its harrowing entry, descent, and landing on the Red Planet. In fact, you can follow the paths of spacecraft and celestial bodies as far back as 1949 and as far into the future as 2049.

While you’re at it, you can rotate objects, compare them side by side, and even modulate the perspective as well as the lighting. The visuals are striking. This latest version of “Eyes” also lets you scroll through rich interactive journeys, including Voyager’s Grand Tour of Jupiter, Saturn, Uranus, and Neptune.

Watch a video tutorial to get started with 'Eyes'

“The beauty of the new browser-based ‘Eyes on the Solar System’ is that it really invites exploration. You just need an internet connection, a device that has a web browser, and some curiosity,” said Jason Craig, the producer of the “Eyes” software at NASA’s Jet Propulsion Laboratory.