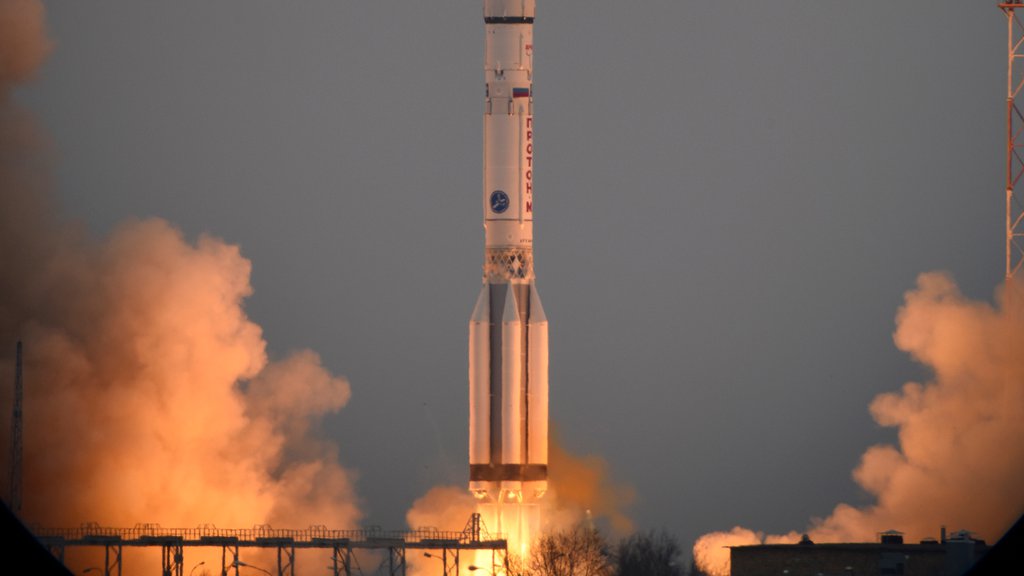 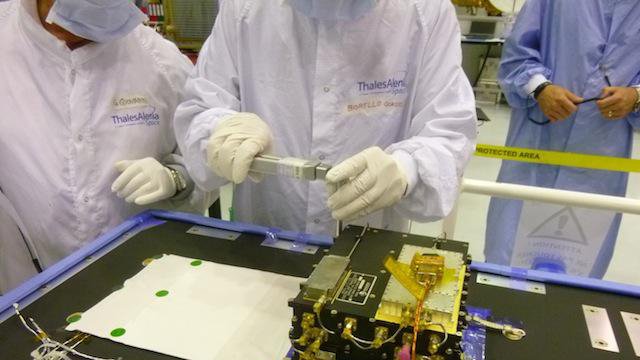 The European Space Agency's ExoMars Trace Gas Orbiter, launched on March 14, 2016, carries two Electra UHF relay radios provided by NASA. This image shows a step in installation and testing of one of those radios, inside a clean room at Thales Alenia Space, in Cannes, France, in June 2014.› Full image and caption
Credit: NASA/JPL-Caltech/ESA/TAS

The two NASA radios on the European Space Agency's Trace Gas Orbiter, bound for Mars, have passed power-on functioning tests conducted several weeks after the mission's March 14, 2016, launch. The radios will serve as communication relays for robotic missions on the surface of Mars.

ESA's ExoMars 2016 mission, combining the Trace Gas Orbiter (TGO) with the Schiaparelli landing demonstrator, began a seven-month journey to Mars with today's launch from Kazakhstan. The twin Electra UHF (ultra-high frequency) radios from NASA are slated for a first in-flight test in about six weeks.

"This partnership with Europe will strengthen and extend the existing infrastructure at the Red Planet for orbiters to support assets on the surface," said Phillip Barela of NASA's Jet Propulsion Laboratory, Pasadena, California, project manager for NASA's participation in ExoMars.

TGO's Electra radios use a design from JPL with special features for relaying data from a rover or stationary lander to an orbiter passing overhead. Relay of information from Mars-surface craft to Mars orbiters, then from Mars orbit to Earth, enables receiving much more data from the surface missions than would otherwise be possible.

Due to improvements in the newest Electra radios and reduced interference levels compared with MRO, TGO's relay radios are expected to have a relay signal about twice as strong as MRO's. Compared to MAVEN's highly elongated orbit, TGO has a planned orbit similar to MRO's relay-favorable orbit at about 250 miles (400 kilometers) in altitude and nearly circular in shape.

TGO's main X-band radio will use a dish antenna 87 inches (2.2 meters) in diameter to communicate with Earth-based antenna networks operated by ESA, NASA and Russia.