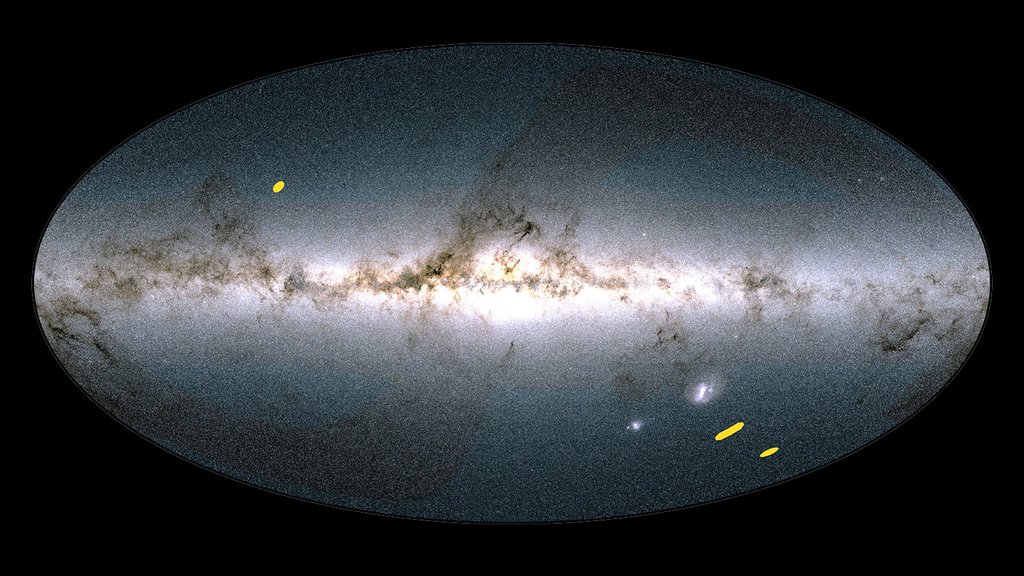 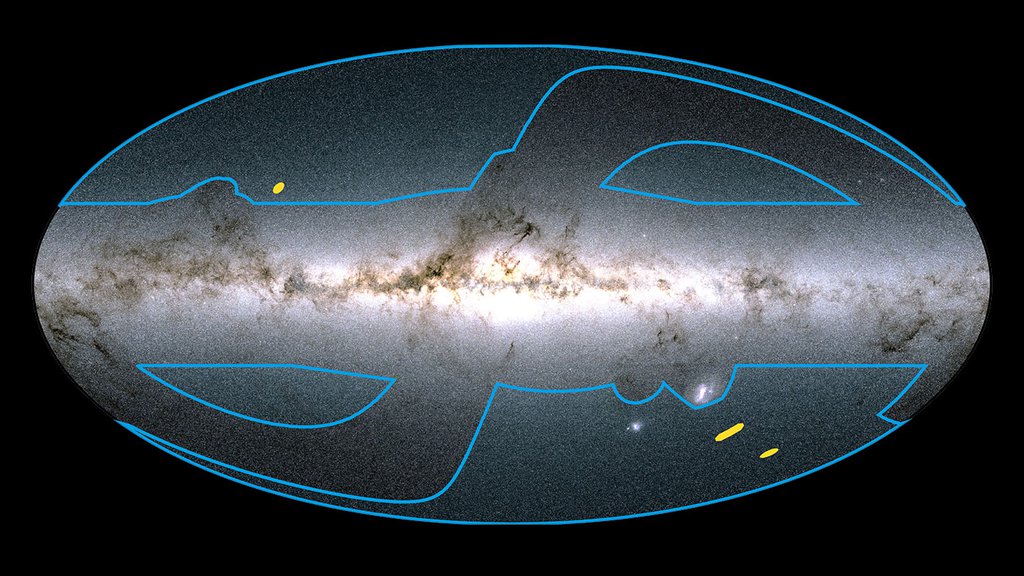 Peering at three dark patches of sky for long periods will allow the Euclid mission to study the universe's expansion and perhaps learn why it is accelerating.

Three extremely dark patches of the sky have been selected for in-depth observations by the European Space Agency's Euclid mission. Researchers will probe these "Euclid Deep Fields" for faint and distant objects in the universe. The positions of the deep fields - one in the Northern Hemisphere and two in the Southern Hemisphere - were announced on June 4, 2019, during the annual Euclid Consortium meeting in Helsinki.

Three NASA-supported science groups are contributing to the Euclid mission, while the agency's Jet Propulsion Laboratory in Pasadena, California, led the procurement and delivery of the detectors for one of the observatory's instruments. The detectors were tested at NASA's Goddard Space Flight Center in Greenbelt, Maryland.

Scheduled to launch in 2022, Euclid will survey a significant portion of the sky and image billions of galaxies across the universe in order to provide insights into the nature of two outstanding cosmic mysteries: dark matter and dark energy. Though these phenomena are ordinarily difficult to detect, Euclid will study them using two methods. The first is by observing the evolution of how galaxies have clustered together over the past 10 billion years. The second is by observing the distortion of galaxy images, an effect called gravitational lensing, due to the presence of "ordinary matter" (which includes things like stars and planets) and dark matter intervening between these distant galaxies and us.

Together, dark matter and dark energy compose roughly 95% of the universe, while ordinary matter composes only about 5%. Dark matter is an invisible feature of the universe that makes up a majority of the mass in most large galaxies. It can be detected indirectly via its gravitational effects. Dark energy is an even more mysterious phenomenon: It's the cause of the accelerating expansion of the universe. Euclid's main goal is to study dark energy.

The Euclid Deep Field North overlaps with a deep field surveyed by NASA's Spitzer Space Telescope, which observes far-infrared light. Meanwhile, the Euclid Deep Field Fornax, located in the Southern Hemisphere, encompasses the Chandra Deep Field South, which has been extensively surveyed in the past couple of decades by NASA's Chandra and ESA's XMM-Newton X-ray observatories, as well as by the NASA-ESA Hubble Space Telescope (which observed visible, infrared and ultraviolet light) and major ground-based telescopes.

"There is real power in multi-wavelength astronomy, in which you study the same area of the sky or the same objects with lots of different instruments that observe different wavelengths of light," said Jason Rhodes of JPL, who leads one of three NASA science groups working on Euclid. "By selecting the Euclid Deep Fields now, we're telling the world where this treasure trove of high-resolution imaging is going to be. In some cases, NASA observatories have already observed portions of the Euclid Deep Fields, and now other observatories on the ground or in space can do the same."

Roughly 10% of Euclid's observing time will be dedicated to the Euclid Deep Fields. The largest fraction of the mission's observations will be devoted to the Euclid wide survey, covering about 15,000 square degrees - more than one-third of the entire sky.

Full details from the European Space Agency can be found here: