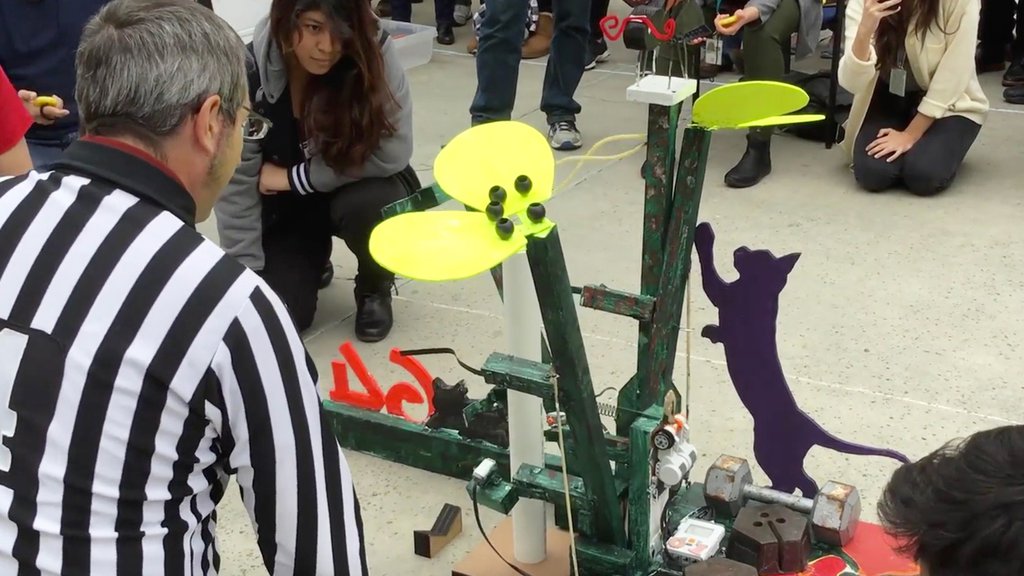 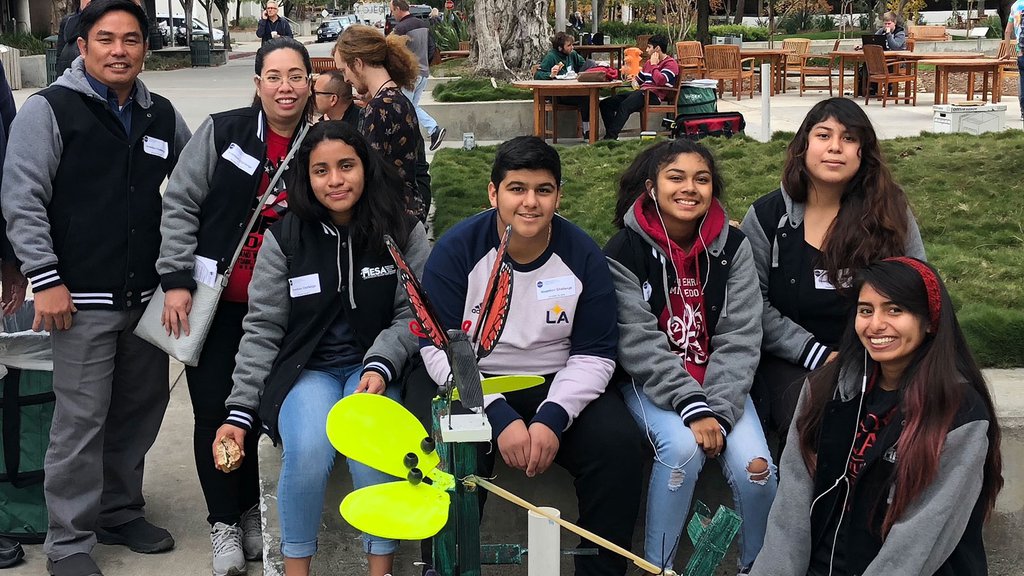 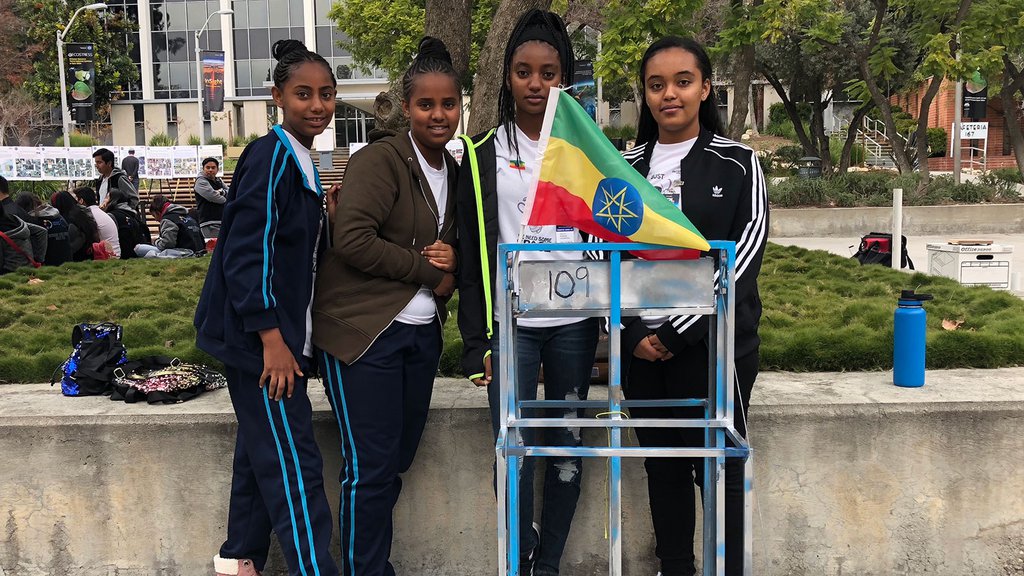 Student teams raced against the clock - and one another - as they competed to be the first to stand a pipe upright using only homemade inventions.

The teams - mainly from Southern California but including ones from as far away as Ethiopia and Guam - took part in the "Upright Pipe Contest" on Friday, Dec. 14. The objective was to get a 24-inch length of two-inch PVC pipe from a horizontal position to an upright position on a platform using whatever device they could come up with, instructions not included.

"I give them nothing," said Paul MacNeal, a JPL mechanical systems engineer and the contest's organizer. "I give them a blank piece of paper. The entry fee is $0, and the typical devices we see here cost between $25 to $100. The idea is to not be a financial burden to any school. This has a low entry fee, and it still encourages the creative juices to get going."

While the rules required contestants to get the pipe upright in under 60 seconds, the top three teams didn't even need two.

The winning student team, from Oakwood High School in North Hollywood, got the pipe upright and steady on the platform in just 1.37 seconds. The speedy time brought oohs and aahs from the crowd, and even surprised the Oakwood team members, who had been tinkering with their device just minutes before taking the stage.

"We decided to use a drill as the motor to pull," said junior Seth Kleinberg. "It came from a device we built a couple of years ago (for a previous Invention Challenge)." Oakwood's time in the November regional competition clocked in at 11 seconds, but after seeing some of the times of the competing schools, the team regrouped, upped the drill speed and added components to the device - including a ketchup packet.

"Today we went through at least five or six different iterations," said junior Tyler Brown, but after seeing one of the first teams get near two seconds, they knew what they had to do. "We were like, okay we gotta go fast," said freshman Maggie Brown.

Second place went to Hamilton High School's team named We Made It, whose time of 1.59 seconds was a marked improvement over the groups' showing in last year's challenge.

"Last year, we were all excited to compete and had our machine tested the morning of and ready to go," said senior Ethan Layne. "We put it on the trailer to go to JPL, and we thought we had it strapped down, but apparently not secure enough, and it blew off the trailer on the freeway."

The team went back to look for it but found no sign of the lost machine. So this year, they were just glad to have "made it."

"It's definitely nice, after working so hard last year and having it basically just disappear, coming back this year and do as well as we did," Layne said.

In third place, Los Angeles High School's Wildcats team fused function with art, constructing a device that utilized torsion springs and surgical tubing to erect the pipe in 1.67 seconds, and they decorated it with a cat, flower and a giant butterfly.

"Most of our team are ninth-graders, and seven out of nine team members are girls," Dante Madali, a math and computer science teacher. "I always encourage them to be artistic and creative. To apply the creativity. Of course, the challenge is the first priority. But if they still have time, then I encourage them to be creative about their work."

What makes the Invention Challenge unique is the involvement of JPLers, who compete alongside the students but in a separate division. MacNeal sees that as invaluable in changing the perspective of engineering as a profession.

"The students get to see professional engineers competing and having fun at the same time. The basic overall theme here is engineering is fun, and we're trying to bring some levity into all of the schoolwork these guys have. This is something that's hands-on. It's an experience, not a grade."

This year, the top JPLers were Alan Devault, with a time of 2.38 seconds, Ria Dawar at 4 seconds, and Richard Goldstein at 4.65 seconds.