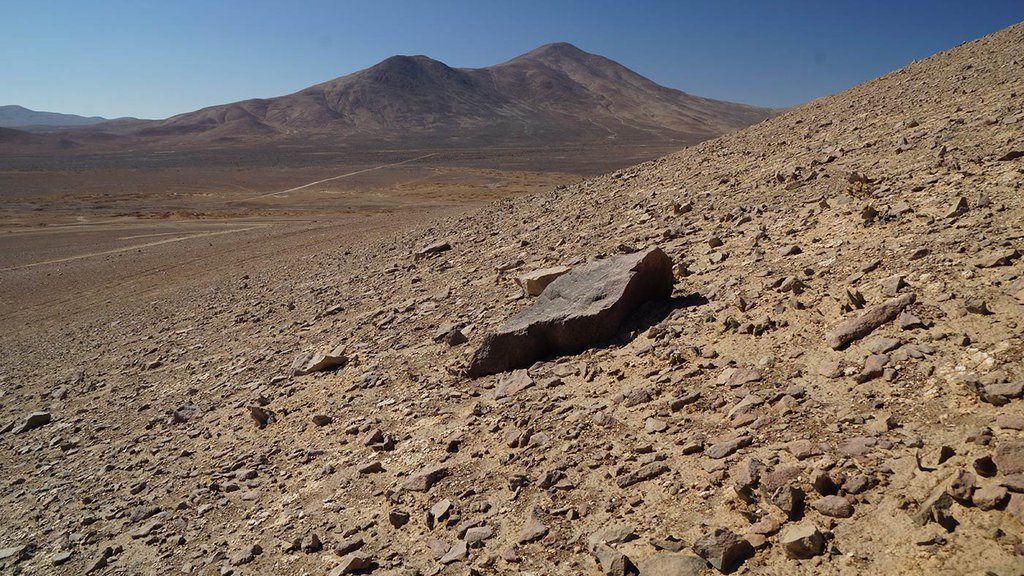 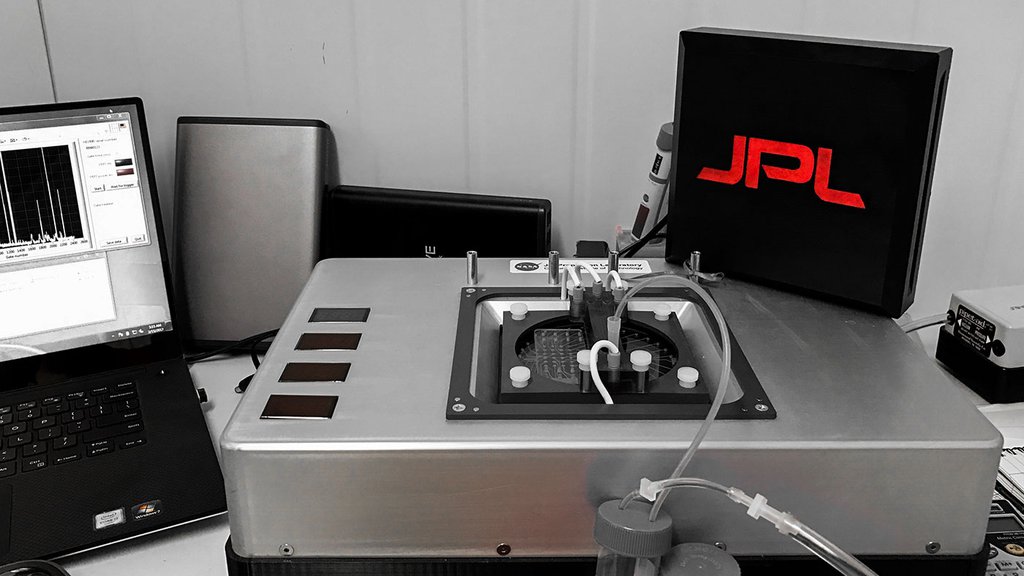 The Chemical Laptop, a life-detecting device designed for other planets, was recently tested in Chile's Atacama Desert.
Credit: NASA/JPL-Caltech 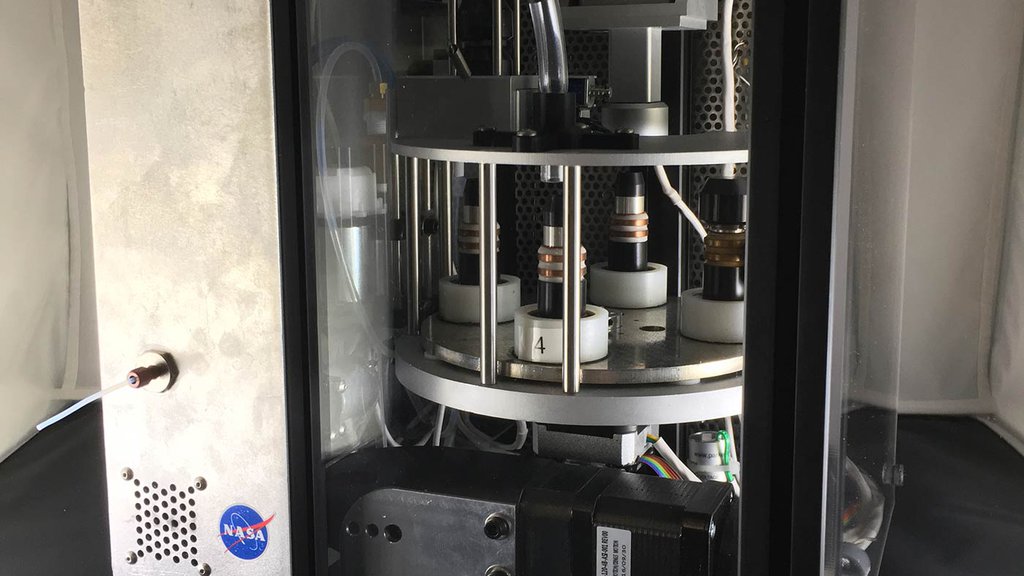 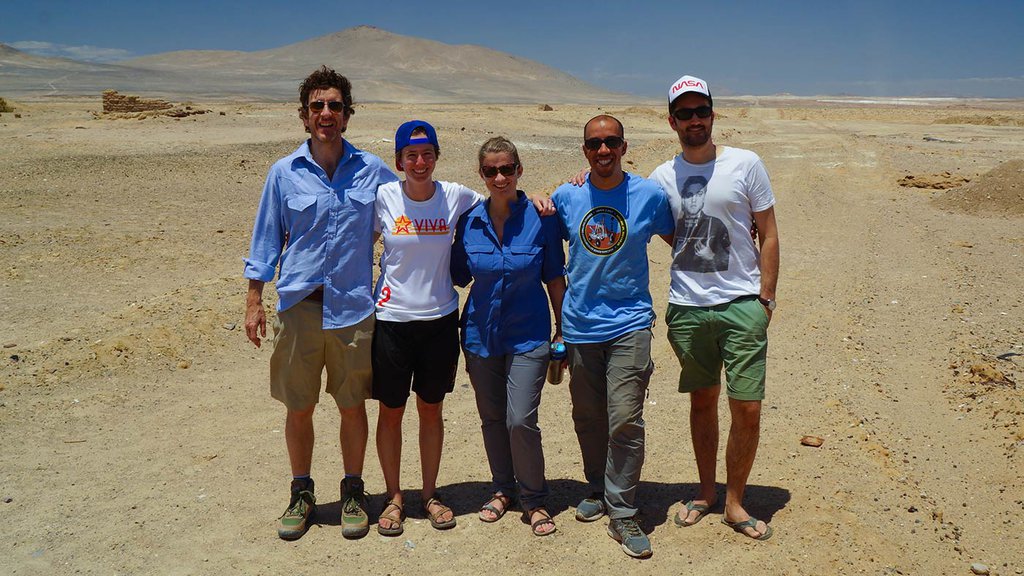 JPL tests a portable chemistry lab designed for potential use on other planets.

Few places are as hostile to life as Chile's Atacama Desert. It's the driest non-polar desert on Earth, and only the hardiest microbes survive there. Its rocky landscape has lain undisturbed for eons, exposed to extreme temperatures and radiation from the sun.

If you can find life here, you might be able to find it in an even harsher environment -- like the surface of Mars. That's why a team of researchers from NASA and several universities visited the Atacama in February. They spent 10 days testing devices that could one day be used to search for signs of life on other worlds. That group included a team from NASA's Jet Propulsion Laboratory in Pasadena, California, working on a portable chemistry lab called the Chemical Laptop.

With just a small water sample, the Laptop can check for amino acids, the organic molecules that are widespread in our solar system and considered the building blocks of all life as we know it. Liquid-based analysis techniques have been shown to be orders of magnitude more sensitive than gas-based methods for the same kinds of samples. But when you scoop up a sample from Mars, the amino acids you're looking for will be trapped inside of or chemically bonded to minerals.

To break down those bonds, JPL has designed another piece of technology, a subcritical water extractor that would act as the "front end" for the Laptop. This extractor uses water to release the amino acids from a soil sample, leaving them ready to be analyzed by the Chemical Laptop.

"These two pieces of technology work together so that we can search for biosignatures in solid samples on rocky or icy worlds," said Peter Willis of JPL, the project's principal investigator. "The Atacama served as a proving ground to see how this technology would work on an arid planet like Mars."

Willis' team revisited an Atacama site he first went to in 2005. At that time, the extractor he used was manually operated; in February, the team used an automated extractor designed by Florian Kehl, a postdoctoral researcher at JPL.

The extractor ingests soil and regolith samples and mixes them with water. Then, it subjects the samples to high pressure and temperature to get the organics out.

"At high temperatures, water has the ability to dissolve the organic compounds from the soil," Kehl said. "Think of a tea bag: in cold water, not much happens. But when you add hot water, the tea releases an entire bouquet of molecules that gives the water a particular flavor, color and smell."

To remove the amino acids from those minerals, the water has to get much hotter than your ordinary cup of tea: Kehl said the extractor is currently able to reach temperatures as high as 392 degrees Fahrenheit (200 degrees Celsius).

Liquid samples would be more readily available on ocean worlds like Jupiter's moon Europa, Kehl said. There, the extractor might still be necessary, as amino acids could be bonded to minerals mixed into the ice. They also may be present as part of larger molecules, which the extractor could break into smaller building blocks before analyzing them with the Chemical Laptop. Once the extractor has prepared its samples, the Laptop can do its work.

The Chemical Laptop checks liquid samples for a set of 17 amino acids -- what the team refers to as "the Signature 17." By looking at the types, amounts and geometries of these amino acids in a sample, it's possible to infer the presence of life.

"All these molecules 'like' being in water," said Fernanda Mora of JPL, the Chemical Laptop's lead scientist. "They dissolve in water and they don't evaporate easily, so they're much easier to detect in water."

The Laptop mixes liquid samples with a fluorescent dye, which attaches to amino acids and makes it possible to detect them when illuminated by a laser.

Then, the sample is injected onto a separation microchip. A voltage is applied between the two ends of the channel, causing the amino acids to move at different speeds towards the end, where the laser is shining. Amino acids can be identified by how quickly they move through the channel. As the molecules pass through the laser, they emit light that is used to quantify how much of each amino acid is present.

"The idea is to automate and miniaturize all the steps you would do manually in a chemistry lab on Earth," Mora said. "That way, we can do the same analyses on another world simply by sending commands with a computer."

The near-term goal is to integrate the extractor and Chemical Laptop into a single, automated device. It would be tested during future field campaigns to the Atacama Desert with a team of researchers led by Brian Glass of NASA's Ames Research Center in Mountain View, California.

"These are some of the hardest samples to analyze you can get on the planet," Mora said of the team's work in the Atacama. She added that in the future, the team wants to test this technology in icy environments like Antarctica. Those could serve as analogs to Europa and other ocean worlds, where liquid samples would be more readily plentiful.

Updated at 5 p.m. PDT on April 20, 2017, to correct headline and first paragraph to indicate that the Atacama Desert is one of the driest places on Earth, but not the driest.