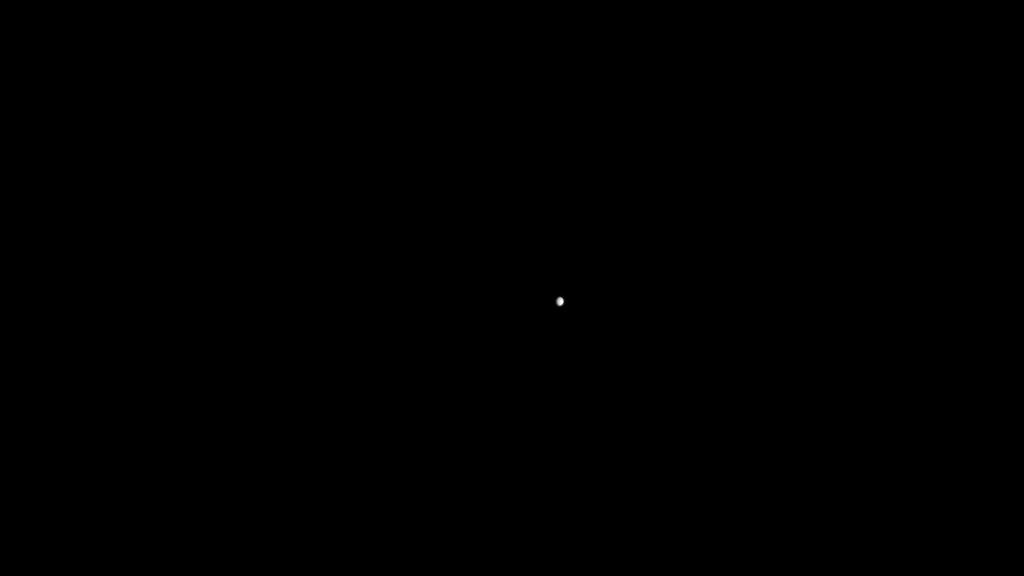 From about three times the distance from Earth to the moon, NASA's Dawn spacecraft spies its final destination -- the dwarf planet Ceres. This uncropped, unmagnified view of Ceres was taken by Dawn on Dec. 1, 2014.› Full image and caption
Credit: NASA/JPL-Caltech/UCLA/MPS/DLR/IDA 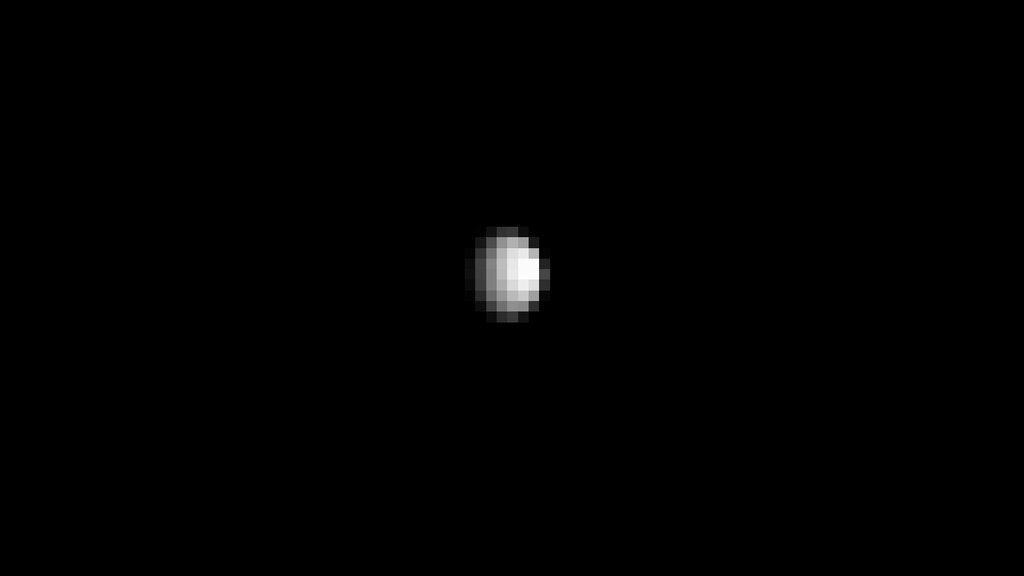 From about three times the distance from Earth to the moon, NASA's Dawn spacecraft spies its final destination -- the dwarf planet Ceres. This zoomed-in image was taken on Dec. 1, 2014 with the Dawn spacecraft's framing camera.› Full image and caption
Credit: NASA/JPL-Caltech/UCLA/MPS/DLR/IDA 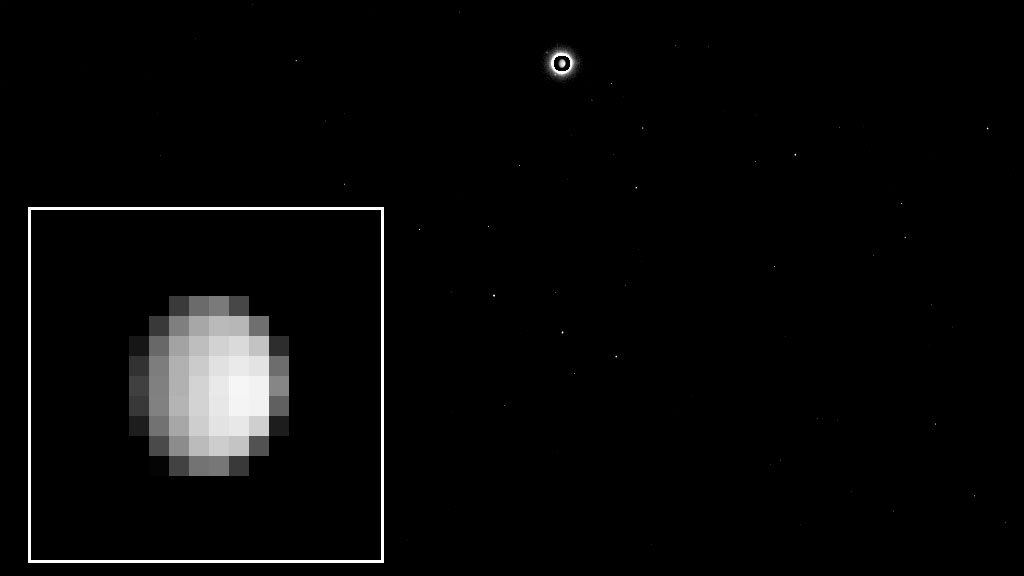 The Dawn spacecraft acquired this view as part of a calibration of its science camera. Ceres is the bright spot in the center of the image. A cropped, magnified view of Ceres appears in the inset image at lower left.› Full image and caption
Credit: NASA/JPL-Caltech/UCLA/MPS/DLR/IDA

The Dawn spacecraft has delivered a glimpse of Ceres, the largest body in the main asteroid belt, in a new image taken 740,000 miles (1.2 million kilometers) from the dwarf planet.

The Dawn spacecraft has delivered a glimpse of Ceres, the largest body in the main asteroid belt, in a new image taken 740,000 miles (1.2 million kilometers) from the dwarf planet. This is Dawn's best image yet of Ceres as the spacecraft makes its way toward this unexplored world.

"Now, finally, we have a spacecraft on the verge of unveiling this mysterious, alien world. Soon it will reveal myriad secrets Ceres has held since the dawn of the solar system," said Marc Rayman, of NASA's Jet Propulsion Laboratory in Pasadena, California, chief engineer and mission director of the Dawn mission.

Dawn will be captured into Ceres' orbit in March, marking the first visit to a dwarf planet by a spacecraft. To date, the best images of Ceres come from the Hubble Space Telescope. In early 2015, however, Dawn will begin delivering images at much higher resolution.

Since launching in 2007, Dawn has already visited Vesta, a giant protoplanet currently located 104 million miles (168 million kilometers) away from Ceres. The distance between Vesta and Ceres is greater than the distance between the Earth and the sun. During its 14 months in orbit around Vesta, the spacecraft delivered unprecedented scientific insights, including images of its cratered surface and important clues about its geological history. Vesta and Ceres are the two most massive bodies in the main asteroid belt.

The nine-pixel-wide image of Ceres released today serves as a final calibration of the science camera that is necessary before Dawn gets to Ceres. The dwarf planet appears approximately as bright as Venus sometimes appears from Earth. Ceres has an average diameter of about 590 miles (950 kilometers).

Dawn begins its approach phase toward Ceres on December 26.

The Dawn mission to Vesta and Ceres is managed by NASA's Jet Propulsion Laboratory, a division of the California Institute of Technology in Pasadena, for NASA's Science Mission Directorate, Washington D.C. UCLA is responsible for overall Dawn mission science. The Dawn framing cameras were developed and built under the leadership of the Max Planck Institute for Solar System Research, Gottingen, Germany, with significant contributions by German Aerospace Center (DLR), Institute of Planetary Research, Berlin, and in coordination with the Institute of Computer and Communication Network Engineering, Braunschweig. The Framing Camera project is funded by the Max Planck Society, DLR, and NASA/JPL.