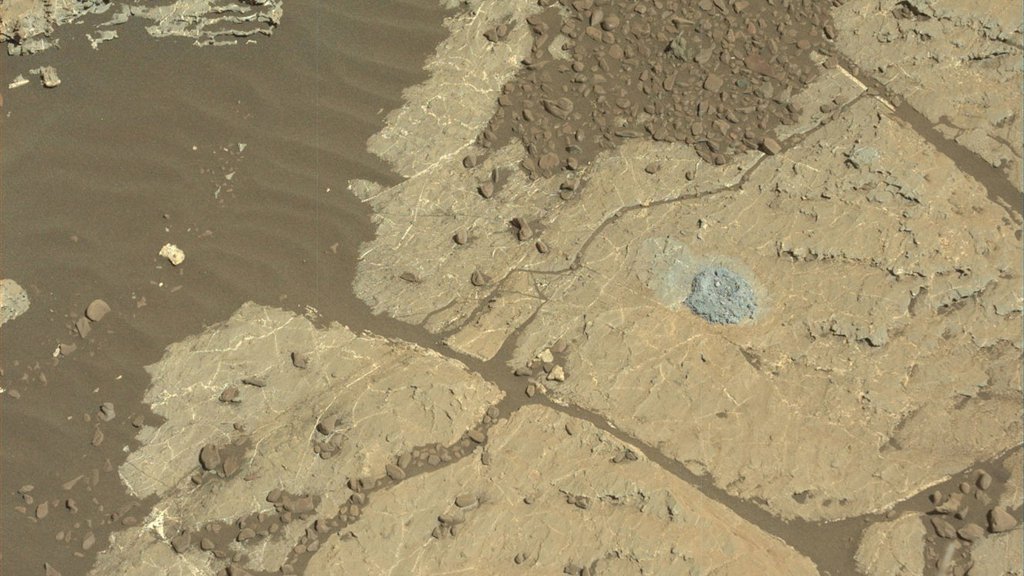 NASA's Curiosity Mars rover used a new drill method to produce a hole on February 26 in a target named Lake Orcadie. The hole marks the first operation of the rover's drill since a motor problem began acting up more than a year ago.› Full image and caption
Credit: NASA/JPL-Caltech/MSSS