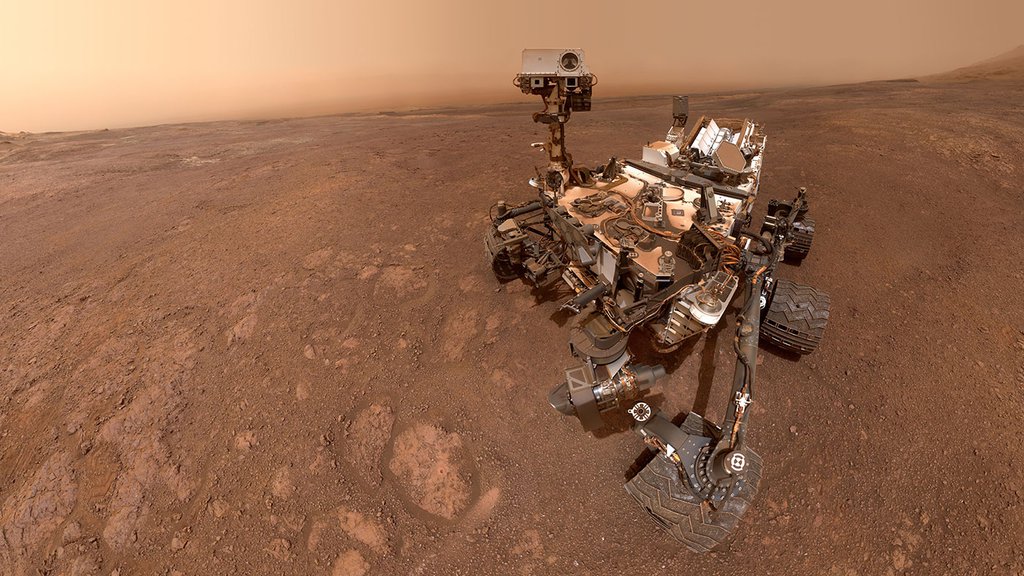 The Mars rover is moving on and has taken its last selfie on the ridge it's explored for more than a year.

NASA's Curiosity rover has taken its last selfie on Vera Rubin Ridge and descended toward a clay region of Mount Sharp. The twisting ridge on Mars has been the rover's home for more than a year, providing scientists with new samples - and new questions - to puzzle over.

On Dec. 15, Curiosity drilled its 19th sample at a location on the ridge called Rock Hall. On Jan. 15, the spacecraft used its Mars Hand Lens Imager (MAHLI) camera on the end of its robotic arm to take a series of 57 pictures, which were stitched together into this selfie. The "Rock Hall" drill hole is visible to the lower left of the rover; the scene is dustier than usual at this time of year due to a regional dust storm.

Curiosity has been exploring the ridge since September of 2017. It's now headed into the "clay-bearing unit," which sits in a trough just south of the ridge. Clay minerals in this unit may hold more clues about the ancient lakes that helped form the lower levels on Mount Sharp.