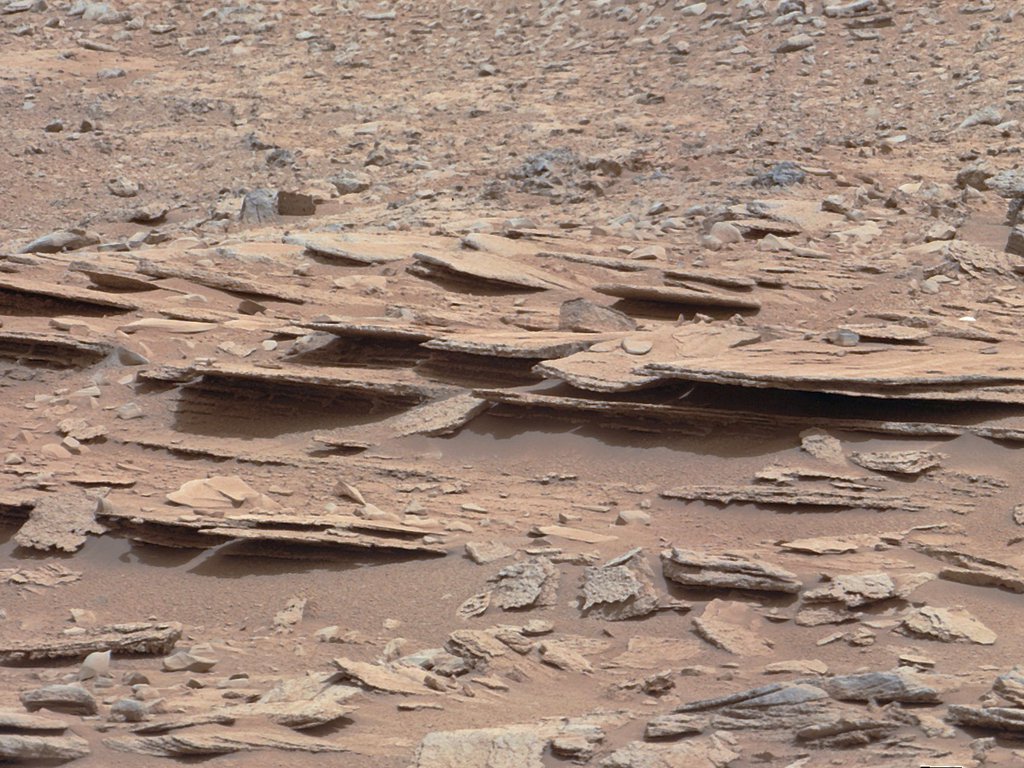 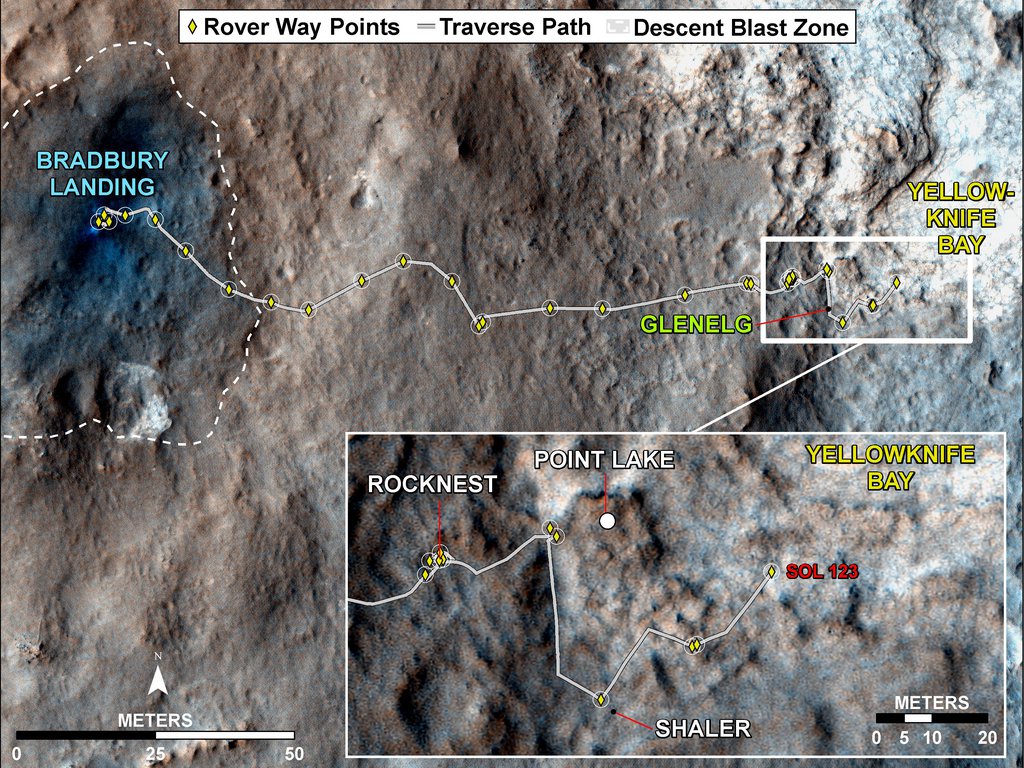 This map traces where NASA's Mars rover Curiosity drove between landing at a site subsequently named "Bradbury Landing," and the position reached during the mission's 123rd Martian day, or sol, (Dec. 10, 2012). The inset shows the most recent legs of the traverse in greater detail.› Full image and caption
Credit: NASA/JPL-Caltech/Univ. of Arizona 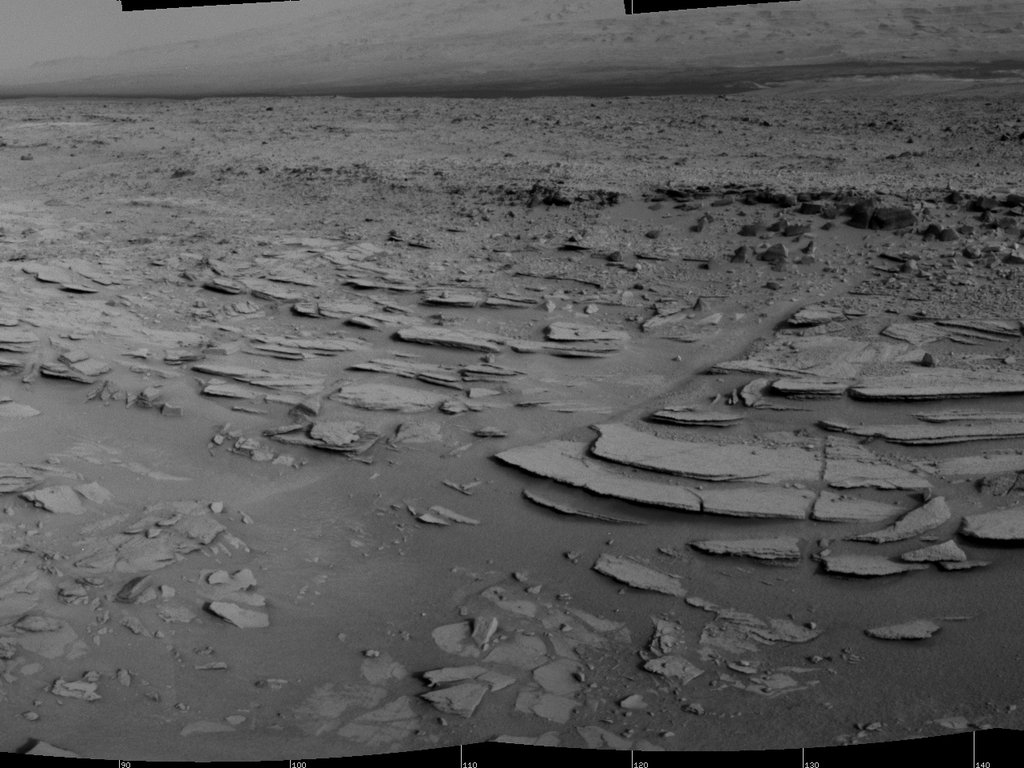 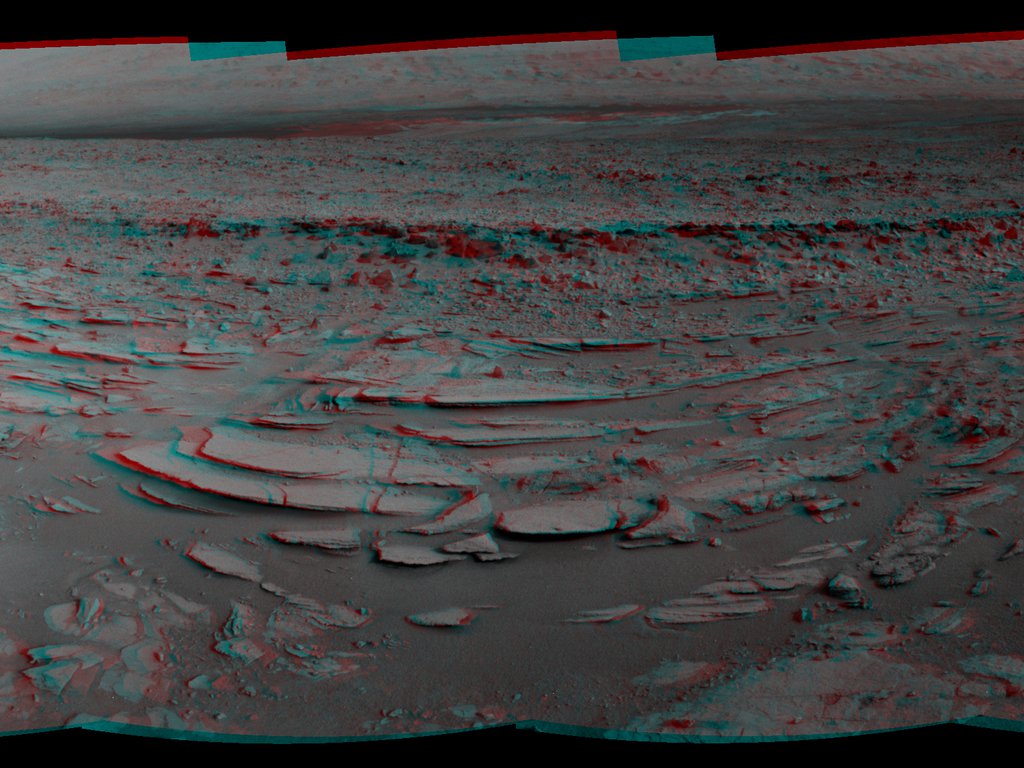 This stereo panoramic view combines 14 images taken by the Navigation Camera (Navcam) on the NASA Mars rover Curiosity during the mission's 120th Martian day, or sol (Dec. 7, 2012). The scene appears three-dimensional when viewed through red-blue glasses with the red lens on the left.› Full image and caption
Credit: NASA/JPL-Caltech

The drive was Curiosity's fourth consecutive driving day since leaving a site near an outcrop called "Point Lake," where it arrived last month. These drives totaled 260 feet (79 meters) and brought the mission's total odometry to 0.37 mile (598 meters).

The route took the rover close to an outcrop called "Shaler," where scientists used Curiosity's Chemistry and Camera (ChemCam) instrument and Mast Camera (Mastcam) to assess the rock's composition and observe its layering. Before departure from Point Lake, a fourth sample of dusty sand that the rover had been carrying from the "Rocknest" drift was ingested and analyzed by Curiosity's Sample Analysis at Mars (SAM) instrument.

Curiosity ended Monday's drive about 30 percent shorter than planned for the day when it detected a slight difference between two calculations of its tilt, not an immediate risk, but a trigger for software to halt the drive as a precaution. "The rover is traversing across terrain different from where it has driven earlier, and responding differently," said Rick Welch, mission manager at NASA's Jet Propulsion Laboratory, Pasadena, Calif. "We're making progress, though we're still in the learning phase with this rover, going a little slower on this terrain than we might wish we could."

Curiosity is approaching a lip where it will descend about 20 inches (half a meter) to Yellowknife Bay. The rover team is checking carefully for a safe way down. Yellowknife Bay is the temporary destination for first use of Curiosity's rock-powdering drill, before the mission turns southwestward for driving to its main destination on the slope of Mount Sharp.

JPL, a division of the California Institute of Technology, Pasadena, manages the Mars Science Laboratory Project and the mission's Curiosity rover for NASA's Science Mission Directorate, Washington. JPL designed and built the rover.