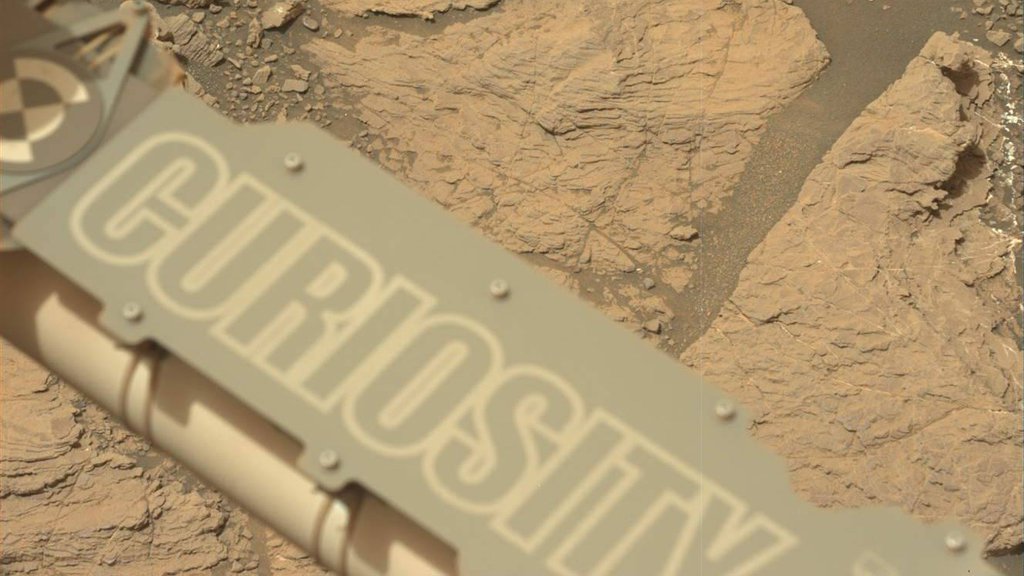 NASA's Curiosity Mars took this image with its Mastcam on Feb. 10, 2019 (Sol 2316). The rover is currently exploring a region of Mount Sharp nicknamed "Glen Torridon" that has lots of clay minerals.› Full image and caption
Credit: NASA/JPL-Caltech/MSSS

NASA's Mars rover Curiosity is in good health but takes a short break while engineers diagnose why it reset its computer.

The mission team decided to switch from the Side-A computer back to the rover's Side-B computer, which it operated on for most of the mission until November of 2018. Side-B recently experienced its own memory issue; the team has since further diagnosed the matter, reformatting the Side-B computer to isolate areas of "bad" memory. As of today, Curiosity is out of safe mode, and the team is configuring the rover for new science operations in the clay unit. Curiosity is expected to return to science operations as early as Wednesday.

Updated Feb. 28, 2019, 8:30 a.m. PST (11:30 a.m. EST): Curiosity has returned to science operations and is once again exploring the clay unit. The mission's engineering team is continuing to study the computer reset experienced by the rover on Feb. 15. No other issues have arisen since then.

NASA's Curiosity rover is busy making new discoveries on Mars. The rover has been climbing Mount Sharp since 2014 and recently reached a clay region that may offer new clues about the ancient Martian environment's potential to support life.

Curiosity encountered a hurdle last Friday, when a hiccup during boot-up interrupted its planned activities and triggered a protective safe mode. The rover was brought out of this mode on Tuesday, Feb. 19, and is otherwise operating normally, having successfully booted up over 30 times without further issues.

Throughout the weekend, Curiosity was sending and receiving technical data, communicating with the team in order to help them pinpoint the cause of the issue.

"We're still not sure of its exact cause and are gathering the relevant data for analysis," said Steven Lee, Curiosity's deputy project manager at NASA's Jet Propulsion Laboratory in Pasadena, California. JPL leads the Curiosity mission. "The rover experienced a one-time computer reset but has operated normally ever since, which is a good sign," he added. "We're currently working to take a snapshot of its memory to better understand what might have happened."

Out of an abundance of caution, Lee said, science operations will remain on hold until the issue is better understood.

"In the short term, we are limiting commands to the vehicle to minimize changes to its memory," Lee said. "We don't want to destroy any evidence of what might have caused the computer reset. As a result, we expect science operations will be suspended for a short period of time."

Curiosity is one of two NASA spacecraft actively studying the Martian surface. InSight, a stationary lander, reached the planet on Nov. 26; Opportunity, which ran for more than 14 years, has completed its mission.

Curiosity has been exploring a region - dubbed "Glen Torridon" - where clay minerals can be seen from orbit. Clay minerals, which form in water, are especially interesting to the rover's science team. The rover was designed specifically to study ancient environments that could have supported life, and water plays a key role in determining that.

While the engineers address the computer reset, the science team will continue studying the images and other data that have been collected from Glen Torridon. A potential drill location has been sighted just 656 feet (200 meters) away.

"The science team is eager to drill our first sample from this fascinating location," said JPL's Ashwin Vasavada, Curiosity's project scientist. "We don't yet understand how this area fits into the overall history of Mount Sharp, so our recent images give us plenty to think about."