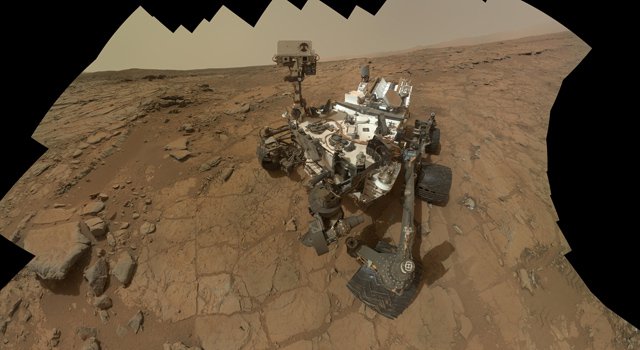 NASA's Mars rover Curiosity experienced an unexpected software reboot on Nov. 7 as it was sending engineering and science data to the Mars Reconnaissance Orbiter.

NASA's Mars rover Curiosity experienced an unexpected software reboot (also known as a warm reset) yesterday (11/7/13) during a communications pass as it was sending engineering and science data to the Mars Reconnaissance Orbiter, for later downlinking to Earth. This computer reset occurred about four-and-half hours after new flight software had been temporarily loaded into the rover's memory. At the time the event occurred, Curiosity was in the middle of a scheduled, week-long flight software update and checkout activity.

"Telemetry later downlinked from the rover indicates the warm reset was performed as would be expected in response to an unanticipated event," said Jim Erickson, project manager for the Mars Science Laboratory mission at NASA's Jet Propulsion Laboratory, Pasadena, Calif.

A warm reset is executed by flight software when it identifies a problem with one of its operations. The reset restarts the flight software into its initial state. Since the reset, the rover has been performing operations and communications as expected. The team is currently working toward understanding the cause of the reset and returning the rover to normal operations. This is the first time that Curiosity has executed a fault-related warm reset during its 16-plus months of Mars surface operations.