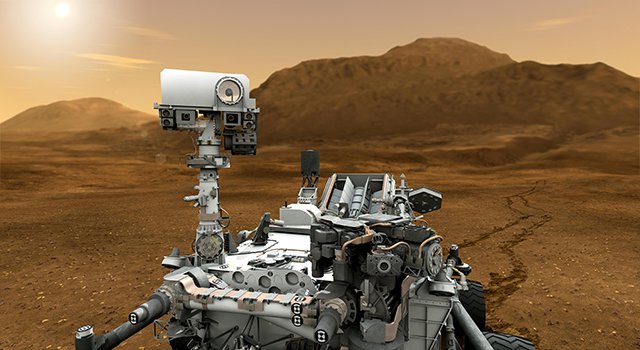 NASA's Mars Science Laboratory Project received confirmation from Mars Sunday (Nov. 10) that the Curiosity rover has successfully transitioned back into nominal surface operations mode. Curiosity had been in safe mode since Nov. 7, when an unexpected software reboot (also known as a warm reset) occurred during a communications pass with the Mars Reconnaissance Orbiter. Mission science planning will resume tomorrow, and Curiosity science operations will recommence on Thursday.

"We returned to normal engineering operations," said Rajeev Joshi, a software and systems engineer for the Curiosity mission at NASA's Jet Propulsion Laboratory in Pasadena, Calif. "We are well into planning the next several days of surface operations and expect to resume our drive to Mount Sharp this week."

After analyzing the data returned by the spacecraft on Thursday evening, Nov. 7 (Pacific Time), the Curiosity operations team was able to determine the root cause. An error in existing onboard software resulted in an error in a catalog file. This caused an unexpected reset when the catalog was processed by a new version of flight software which had been installed on Thursday. The team was able to replicate the problem on ground testbeds the following day. Commands recovering the spacecraft were uplinked to the spacecraft early Sunday morning.