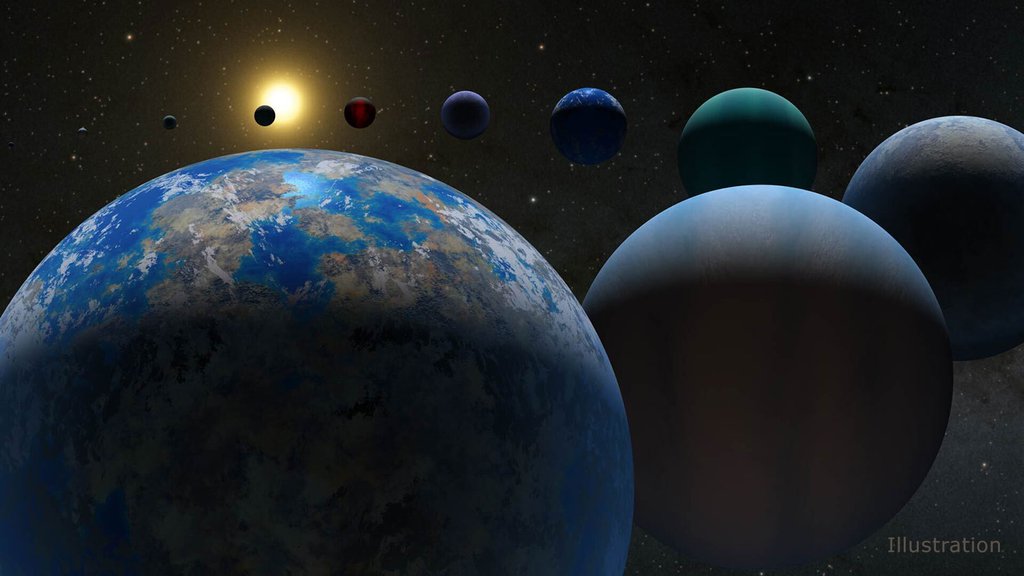 What do planets outside our solar system, or exoplanets, look like? A variety of possibilities are shown in this illustration. Scientists discovered the first exoplanets in the 1990s. As of 2022, the tally stands at just over 5,000 confirmed exoplanets.

The count of confirmed exoplanets just ticked past the 5,000 mark, representing a 30-year journey of discovery led by NASA space telescopes.

Not so long ago, we lived in a universe with only a small number of known planets, all of them orbiting our Sun. But a new raft of discoveries marks a scientific high point: More than 5,000 planets are now confirmed to exist beyond our solar system.

The planetary odometer turned on March 21, with the latest batch of 65 exoplanets – planets outside our immediate solar family – added to the NASA Exoplanet Archive. The archive records exoplanet discoveries that appear in peer-reviewed, scientific papers, and that have been confirmed using multiple detection methods or by analytical techniques.

The 5,000-plus planets found so far include small, rocky worlds like Earth, gas giants many times larger than Jupiter, and “hot Jupiters” in scorchingly close orbits around their stars. There are “super-Earths,” which are possible rocky worlds bigger than our own, and “mini-Neptunes,” smaller versions of our system’s Neptune. Add to the mix planets orbiting two stars at once and planets stubbornly orbiting the collapsed remnants of dead stars.

Astronomers have now confirmed more than 5,000 exoplanets, or planets beyond our solar system. That’s just a fraction of the likely hundreds of billions in our galaxy. The cones of exoplanet discovery radiate out from planet Earth, like spokes on a wheel. Many more discoveries await.

“It’s not just a number,” said Jessie Christiansen, science lead for the archive and a research scientist with the NASA Exoplanet Science Institute at Caltech in Pasadena. “Each one of them is a new world, a brand-new planet. I get excited about every one because we don’t know anything about them.”

We do know this: Our galaxy likely holds hundreds of billions of such planets. The steady drumbeat of discovery began in 1992 with strange new worlds orbiting an even stranger star. It was a type of neutron star known as a pulsar, a rapidly spinning stellar corpse that pulses with millisecond bursts of searing radiation. Measuring slight changes in the timing of the pulses allowed scientists to reveal planets in orbit around the pulsar.

Finding just three planets around this spinning star essentially opened the floodgates, said Alexander Wolszczan, the lead author on the paper that, 30 years ago, unveiled the first planets to be confirmed outside our solar system.

“If you can find planets around a neutron star, planets have to be basically everywhere,” Wolszczan said. “The planet production process has to be very robust.”

Wolszczan, who still searches for exoplanets as a professor at Penn State, says we’re opening an era of discovery that will go beyond simply adding new planets to the list. The Transiting Exoplanet Survey Satellite (TESS), launched in 2018, continues to make new exoplanet discoveries. But soon powerful next-generation telescopes and their highly sensitive instruments, starting with the recently launched James Webb Space Telescope, will capture light from the atmospheres of exoplanets, reading which gases are present to potentially identify tell-tale signs of habitable conditions.

The Nancy Grace Roman Space Telescope, expected to launch in 2027, will make new exoplanet discoveries using a variety of methods. The ESA (European Space Agency) mission ARIEL, launching in 2029, will observe exoplanet atmospheres; a piece of NASA technology aboard, called CASE, will help zero in on exoplanet clouds and hazes.

“To my thinking, it is inevitable that we’ll find some kind of life somewhere – most likely of some primitive kind,” Wolszczan said. The close connection between the chemistry of life on Earth and chemistry found throughout the universe, as well as the detection of widespread organic molecules, suggests detection of life itself is only a matter of time, he added.

How to Find Other Worlds

The picture didn’t always look so bright. The first planet detected around a Sun-like star, in 1995, turned out to be a hot Jupiter: a gas giant about half the mass of our own Jupiter in an extremely close, four-day orbit around its star. A year on this planet, in other words, lasts only four days.

More such planets appeared in the data from ground-based telescopes once astronomers learned to recognize them – first dozens, then hundreds. They were found using the “wobble” method: tracking slight back-and-forth motions of a star, caused by gravitational tugs from orbiting planets. But still, nothing looked likely to be habitable.

Finding small, rocky worlds more like our own required the next big leap in exoplanet-hunting technology: the “transit” method. Astronomer William Borucki came up with the idea of attaching extremely sensitive light detectors to a telescope, then launching it into space. The telescope would stare for years at a field of more than 170,000 stars, searching for tiny dips in starlight when a planet crossed a star’s face.

That idea was realized in the Kepler Space Telescope.

Borucki, principal investigator of the now-retired Kepler mission, says its launch in 2009 opened a new window on the universe.

“I get a real feeling of satisfaction, and really of awe at what’s out there,” he said. “None of us expected this enormous variety of planetary systems and stars. It’s just amazing.” 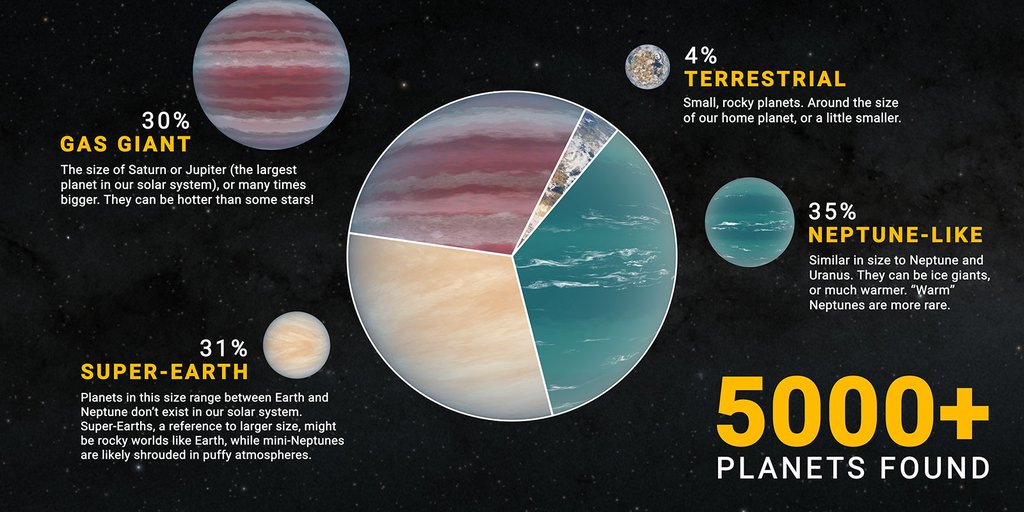 The more than 5,000 exoplanets confirmed in our galaxy so far include a variety of types – some that are similar to planets in our solar system, others vastly different. Among these are a mysterious variety known as “super-Earths” because they are larger than our world and possibly rocky.