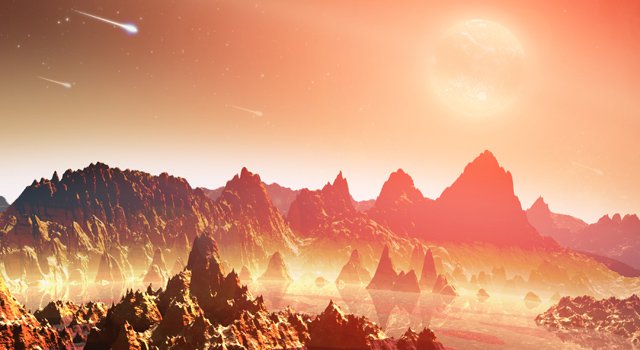 This artist's conception shows a young, hypothetical planet around a cool star. › Full image and caption 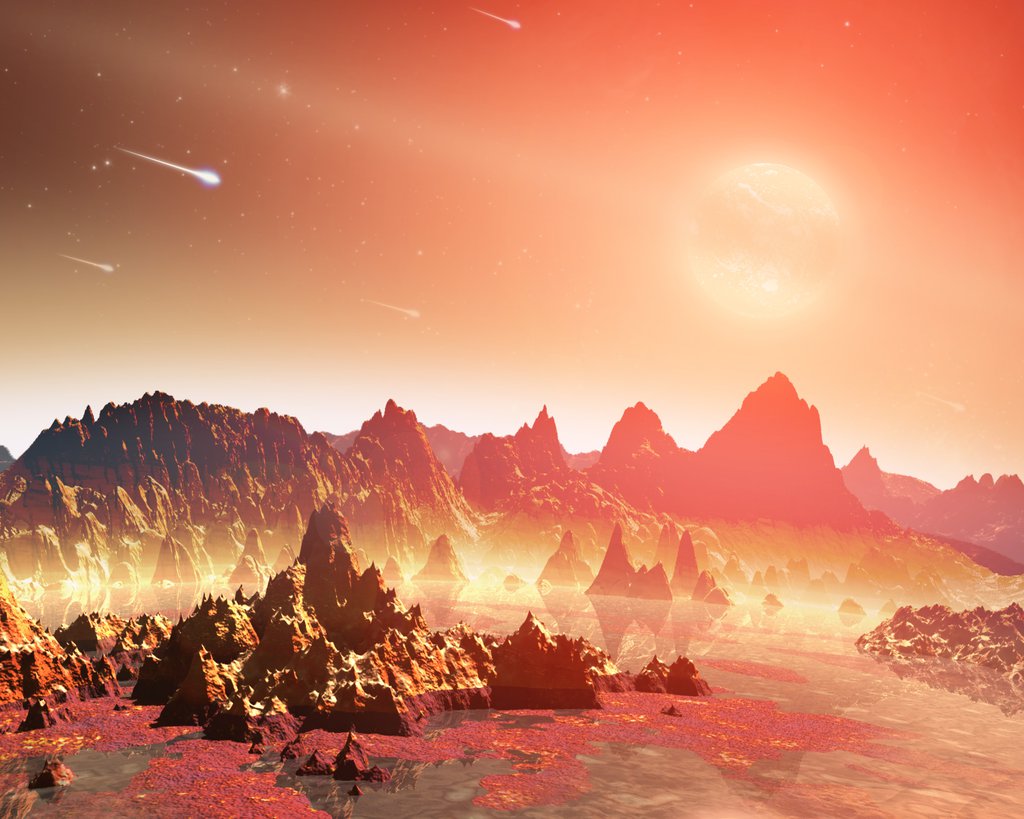 NASA's Spitzer Space Telescope detected a prebiotic, or potentially life-forming, molecule called hydrogen cyanide (HCN) in the planet-forming disks around yellow stars like our sun, but not in the disks around cooler, reddish stars. › Full image and caption

Life on Earth is thought to have arisen from a hot soup of chemicals. Does this same soup exist on planets around other stars?

Life on Earth is thought to have arisen from a hot soup of chemicals. Does this same soup exist on planets around other stars? A new study from NASA's Spitzer Space Telescope hints that planets around stars cooler than our sun might possess a different mix of potentially life-forming, or "prebiotic," chemicals.

Astronomers used Spitzer to look for a prebiotic chemical, called hydrogen cyanide, in the planet-forming material swirling around different types of stars. Hydrogen cyanide is a component of adenine, which is a basic element of DNA. DNA can be found in every living organism on Earth.

The researchers detected hydrogen cyanide molecules in disks circling yellow stars like our sun -- but found none around cooler and smaller stars, such as the reddish-colored "M-dwarfs" and "brown dwarfs" common throughout the universe.

"Prebiotic chemistry may unfold differently on planets around cool stars," said Ilaria Pascucci, lead author of the new study from Johns Hopkins University, Baltimore, Md. The study will appear in the April 10 issue of the Astrophysical Journal.

Young stars are born inside cocoons of dust and gas, which eventually flatten to disks. Dust and gas in the disks provide the raw material from which planets form. Scientists think the molecules making up the primordial ooze of life on Earth might have formed in such a disk. Prebiotic molecules, such as adenine, are thought to have rained down to our young planet via meteorites that crashed on the surface.

"It is plausible that life on Earth was kick-started by a rich supply of molecules delivered from space," said Pascucci.

Could the same life-generating steps take place around other stars? Pascucci and her colleagues addressed this question by examining the planet-forming disks around 17 cool and 44 sun-like stars using Spitzer's infrared spectrograph, an instrument that breaks light apart, revealing signatures of chemicals. The stars are all about one to three million years old, an age when planets are thought to be growing. The astronomers specifically looked for ratios of hydrogen cyanide to a baseline molecule, acetylene.

The team did detect their baseline molecule, acetylene, around the cool stars, demonstrating that the experiment worked. This is the first time that any kind of molecule has been spotted in the disks around cool stars.

The findings have implications for planets that have recently been discovered around M-dwarf stars. Some of these planets are thought to be large versions of Earth, the so-called super Earths, but so far none of them are believed to orbit in the habitable zone, where water would be liquid. If such a planet is discovered, could it sustain life?

Astronomers aren't sure. M-dwarfs have extreme magnetic outbursts that could be disruptive to developing life. But, with the new Spitzer results, they have another piece of data to consider: these planets might be deficient in hydrogen cyanide, a molecule thought to have eventually become a part of us.

Said Douglas Hudgins, the Spitzer program scientist at NASA Headquarters, Washington, "Although scientists have long been aware that the tumultuous nature of many cool stars might present a significant challenge for the development of life, this result begs an even more fundamental question: Do cool star systems even contain the necessary ingredients for the formation of life? If the answer is no then questions about life around cool stars become moot."

Other authors include Daniel Apai of the Space Telescope Science Institute, Baltimore, Md.; Kevin Luhman of Pennsylvania State University, University Park; Thomas Henning and Jeroen Bouwman of the Max Planck Institute for Astronomy, Germany; Michael Meyer of the University of Arizona, Tucson; Fred Lahuis of the SRON Netherlands Institute for Space Research, the Netherlands; and Antonella Natta of the Arcetri Astrophysical Observatory, Italy.