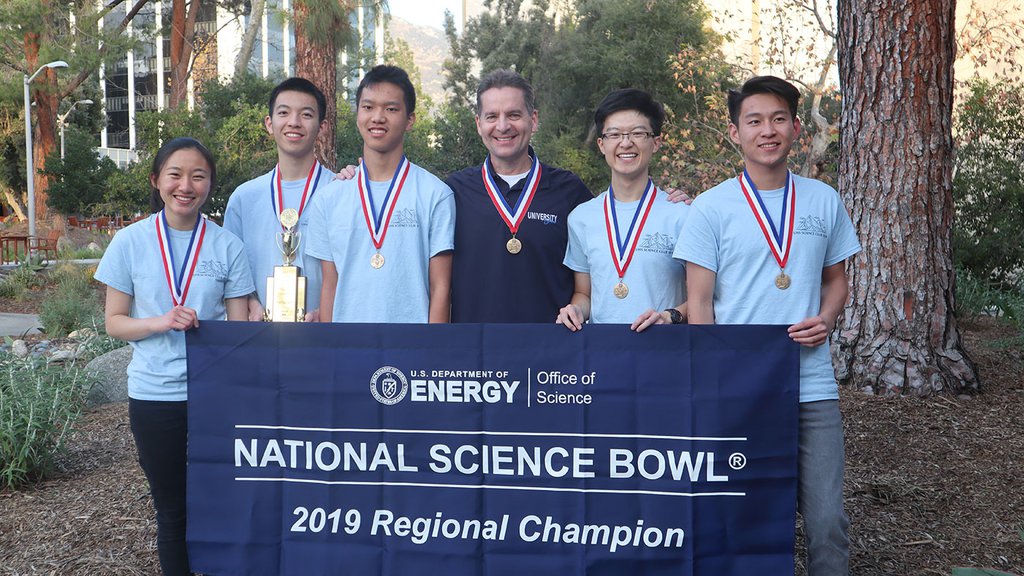 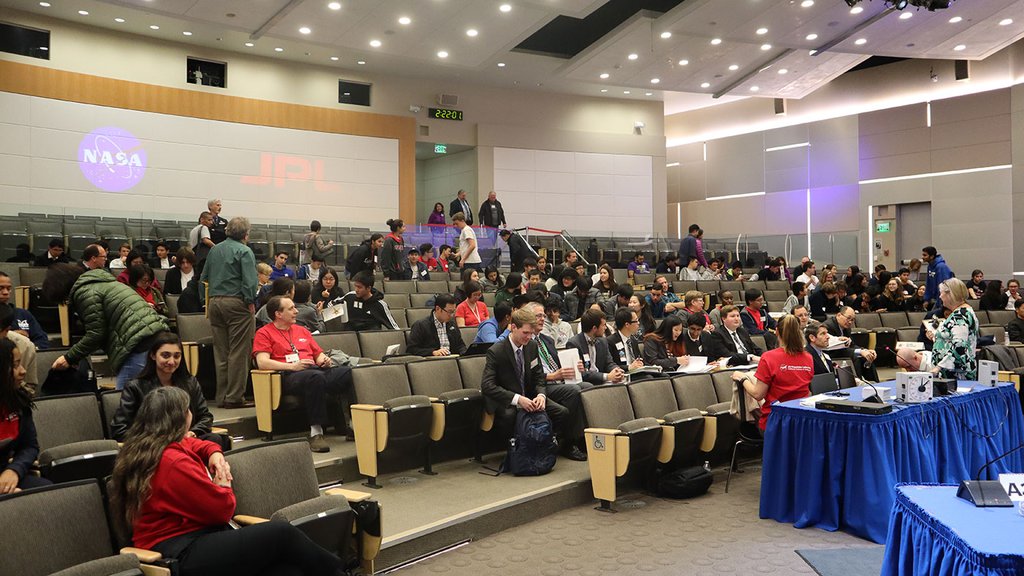 Students, coaches, parents and judges gathered in Pickering Auditorium on Jan. 26 for a regional round of the Department of Energy National Science Bowl. This is the 27th year JPL has hosted the event.
Credit: NASA/JPL-Caltech 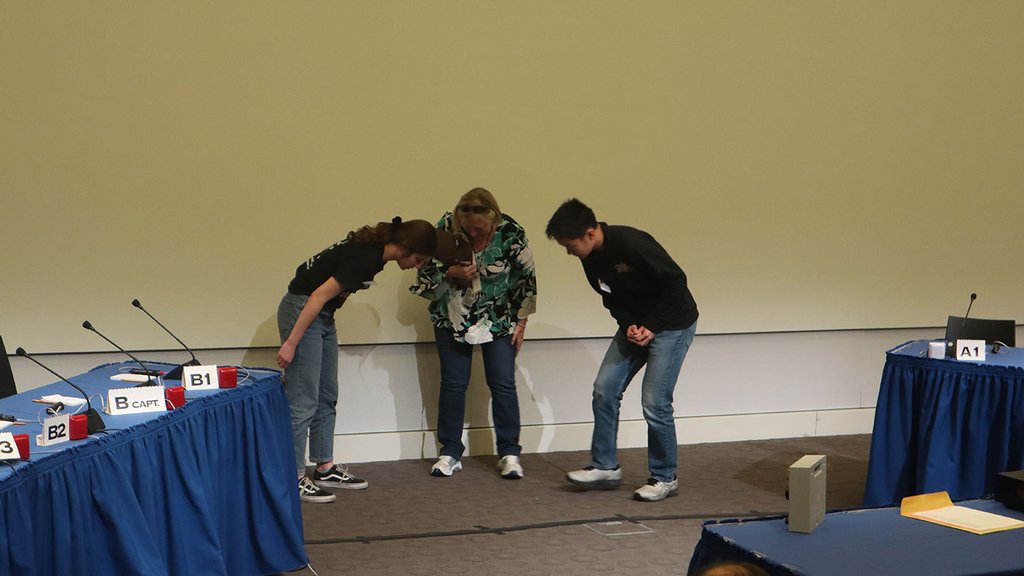 Team captains Tanya Jomaa, from Troy High School, and Bryan Hsu, from Arcadia High School, look down at the outcome of a coin toss during a regional round of the Department of Energy National Science Bowl, hosted at JPL for the 27th year. Kim Lievense, Public Services manager at JPL, stands between them.
Credit: NASA/JPL-Caltech

More than 100 students from the Greater Los Angeles area competed this past weekend at JPL in a regional round of the Department of Energy's National Science Bowl.

Twenty-four teams from around the Greater Los Angeles area competed in the regional competition this year at JPL, which drew more than 200 students, parents, coaches and guests. Competing in 16-minute-long rounds, teams were asked questions on a range of subjects, including math, physics, Earth and space, chemistry, biology and energy. The use of calculators, books, notes and the internet during the competition was prohibited.

"The level of competition here is very high," said David Knight, who has coached University High School's Bowl teams for more than 15 years. "The teams in this region are really, really good. Any of the top eight teams here today are as good as the teams we saw at the national level."

The University High School team members agreed the pressure during the Bowl could be exhausting but that the adrenaline kept them on their toes. Along with being "tired and relieved" at the end of the day, they were excited for the upcoming national competition.

"One of the biggest pressures is deciding when to buzz in," said University High School senior Michael Diao, referring to the fact that players use a handheld buzzer when they want to answer a question read aloud by the moderator. "If you buzz in before the question is done and you get it wrong, the other team gets points, but you also want to buzz in before the other team does. So deciding how certain you are of your answer and acting fast is really hard."

The team members said that although they practice together about once a week, most of their preparation time is spent reading. For University High team captain Anton Ni, also a senior, the best part about competing in the Science Bowl is simply having the opportunity to learn more about science. "I study things a lot deeper than I would otherwise," he said.

He and Diao both said they also enjoy the team aspect of the competition because the group members push each other to study more and work harder.

"And it's cool to see how much your friends know," Diao added.

The team members said they are all still deciding how science might factor into their eventual careers. For now, Science Bowl isn't about the future, but enjoying the present.